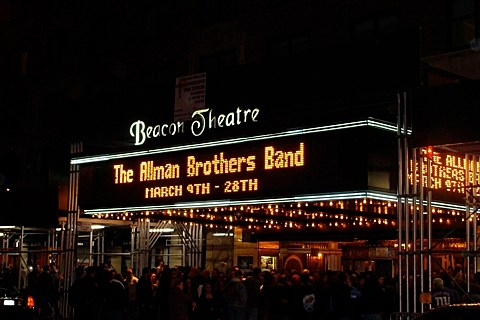 Earlier this year, Gregg Allman said in a Relix interview that The Allman Brothers Band would stop touring by the end of 2014. The band have now announced what will be their final shows, including their previously discussed set at Mountain Jam this month (6/8) and their last-ever Beacon Theatre run (Oct. 21, 22, 24, 25, 27 & 28). The first four are makeup dates for the March shows that they had to postpone due to Gregg's bronchitis. Tickets for those shows are not on sale yet, but will be soon via Ticketmaster.

All of the band's final dates, including their own Peach Festival in Pennsylvania, are listed, with a video of their entire set at the 2010 Peach Festival, below...