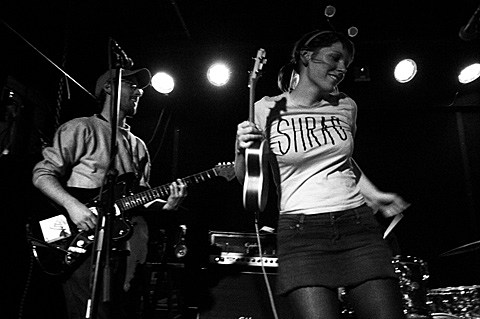 "Allo Darlin's album on Fortuna Pop came out earlier this year. It was recorded in the basement of the Duke of Uke shop in London, where people like Darren Haymen, and the Wave Pictures like to hang out and a place where Allo Darlin singer and ukulele player Elizabeth Morris probably had her choice of ukuleles to play while recording. Morris started off the set solo with a new song she called Talulah, that contained a line about listening to that Go-Betweens album on cassette. Usually I would assume that a song with an obscure reference to a Go-Betweens album would be lost on the audience, but I think it's safe to assume that everyone in the room got it. The song was about as gentle and tender Allo Darlin would be this night.

The rest of the band then joined her on stage for what they referred to a slow-burn of a set. A slow burn according to the band is gradually turning up the heat as the night goes on. Their self-titled album on Fortuana Pop is fun and similar to Camera Obscura, but where Camera Obscura are stiff and standoffish on stage Allo Darlin' are the types to put their arms around your shoulders and pogo with you until you're out of breath." [the finest kiss]

That Finest Kiss review comes from the October 29th show in Seattle which was one night before (and a country's length from) Allo Darlin's Saturday night, October 30th "Mondoween" Halloween show at The Rock Shop in Brooklyn. It was the UK's band 3rd NYC show this month, as they also played two during CMJ before heading west and touring back this way.

Shrag, featured on Elizabeth Morris's t-shirt, was also here for CMJ. More pictures from Mondoween at the Rock Shop, below... 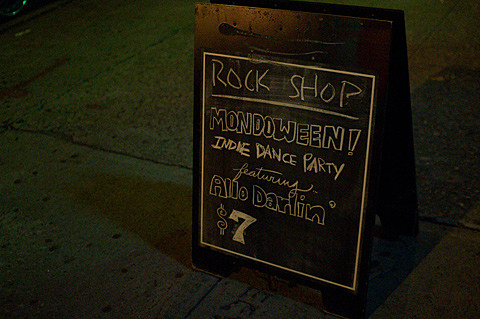 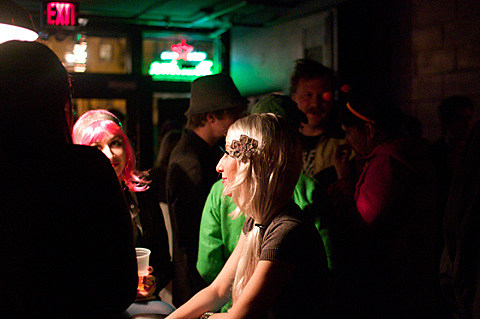 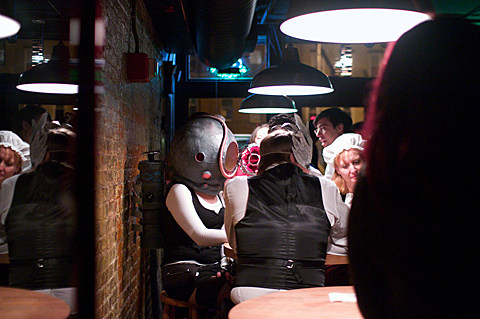 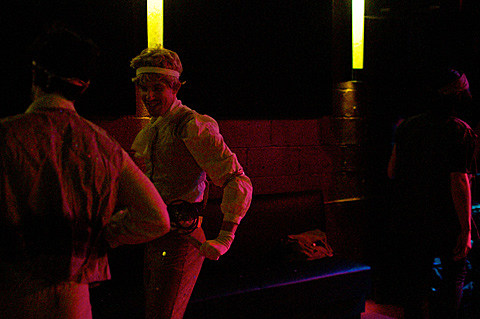 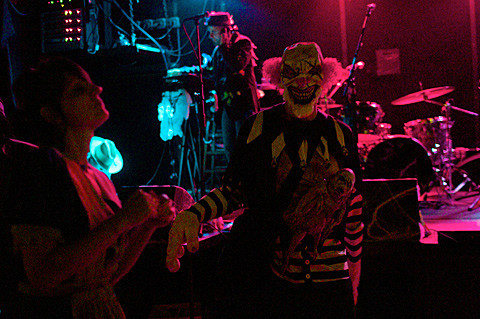 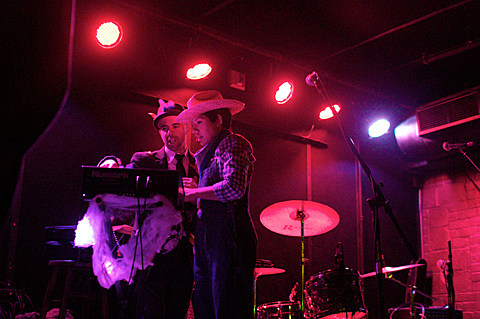 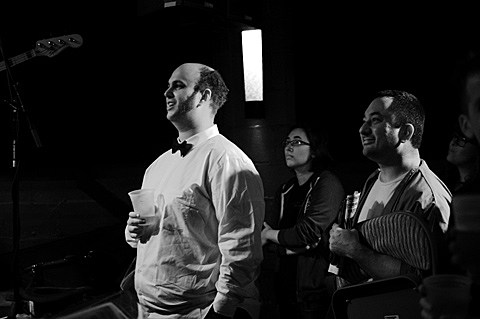 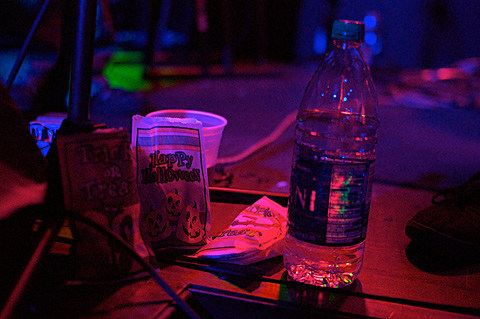 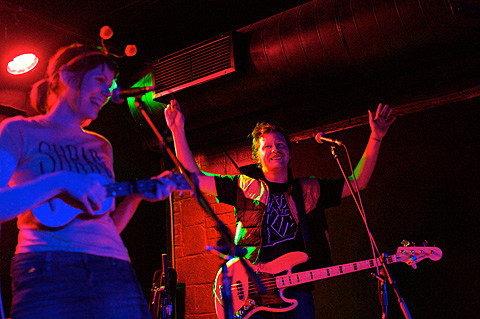 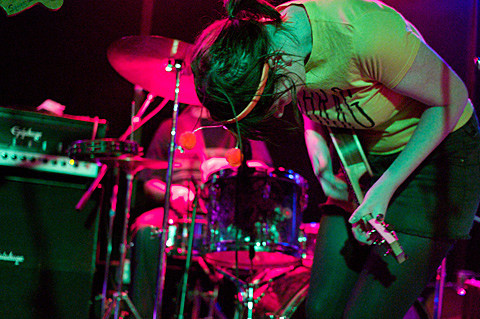 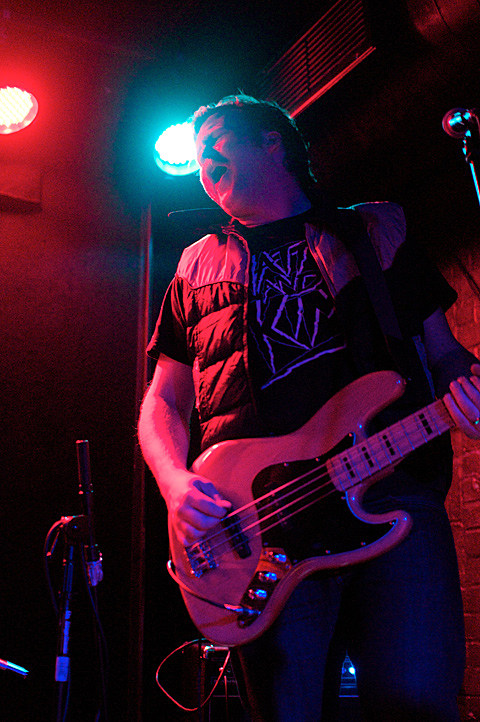 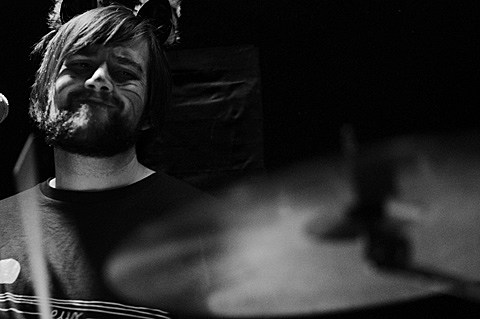 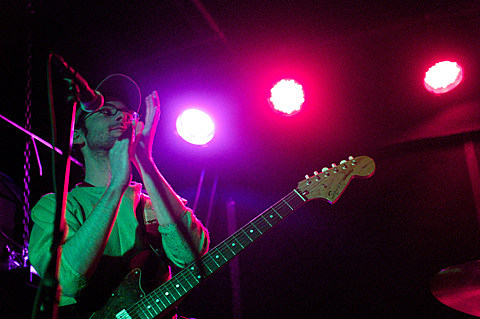 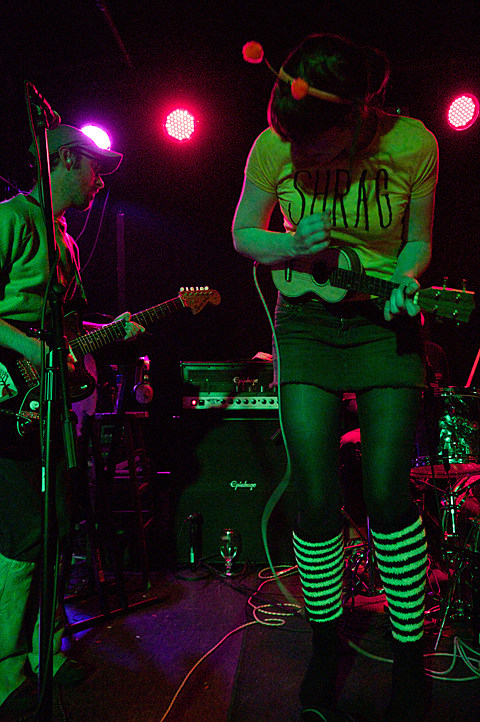 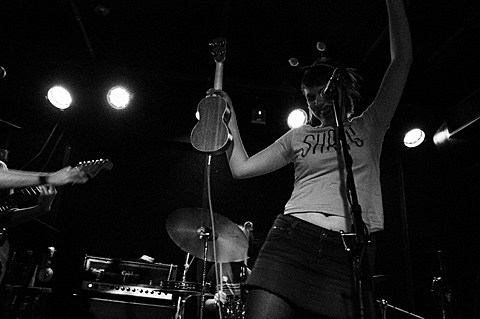 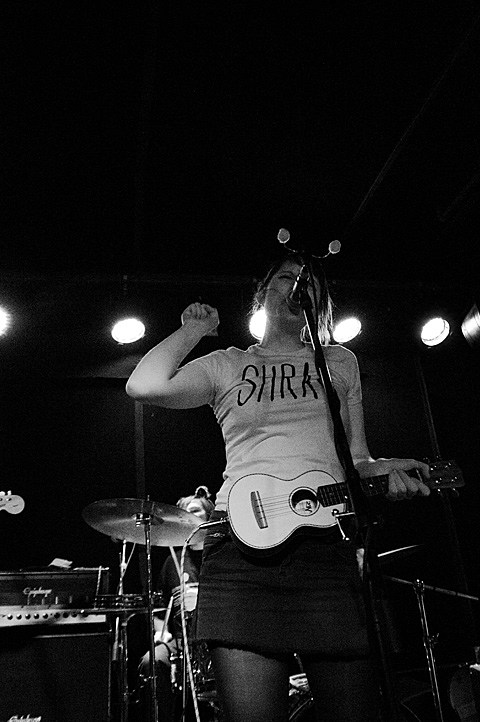 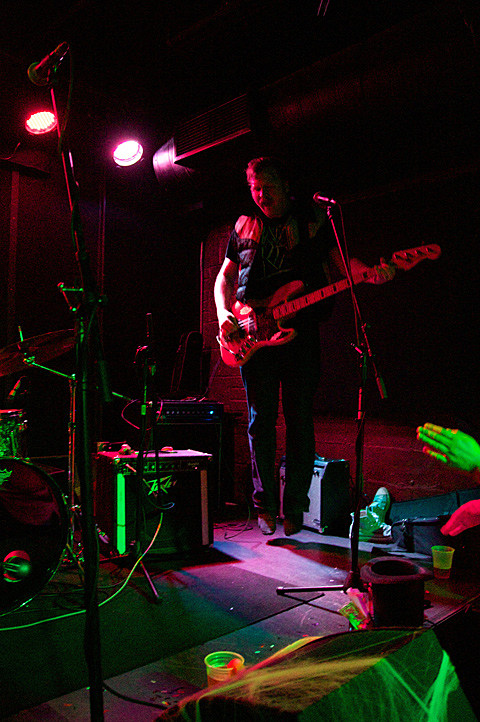 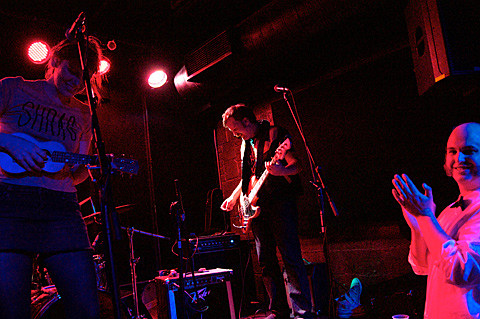 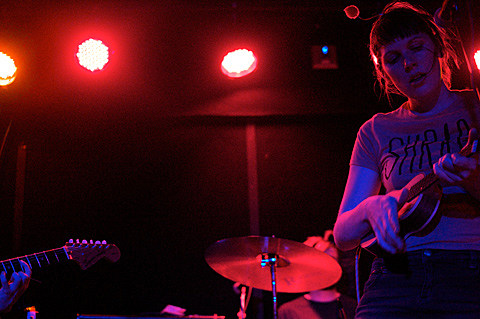 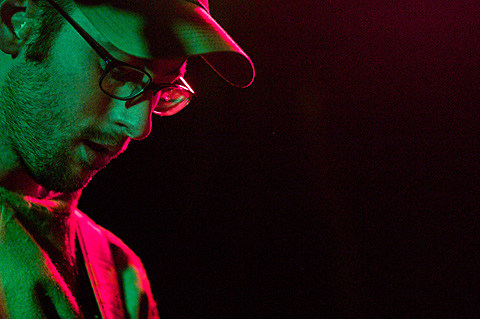 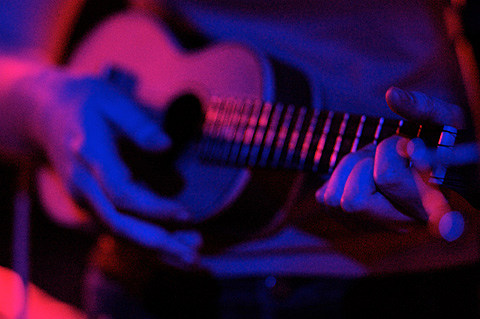 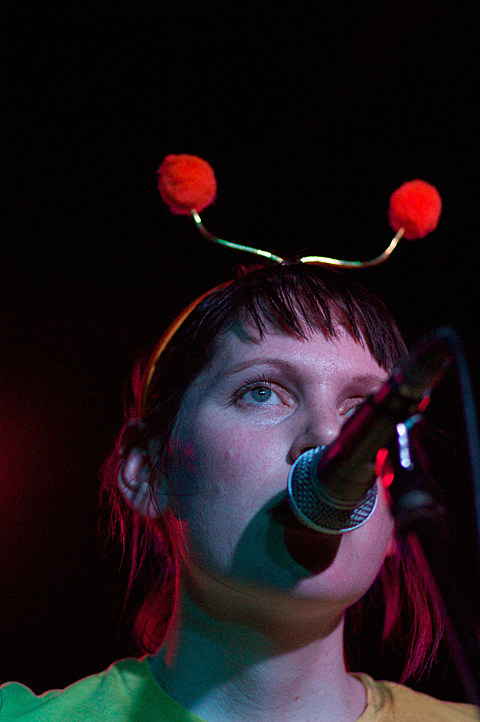 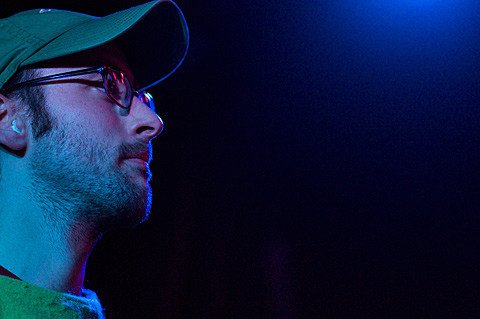 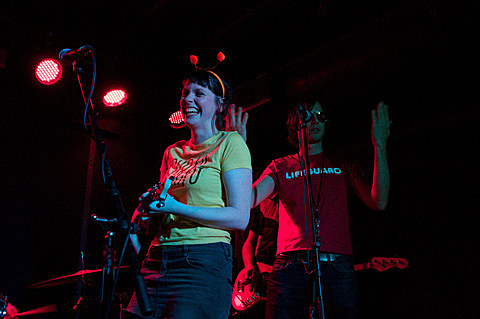 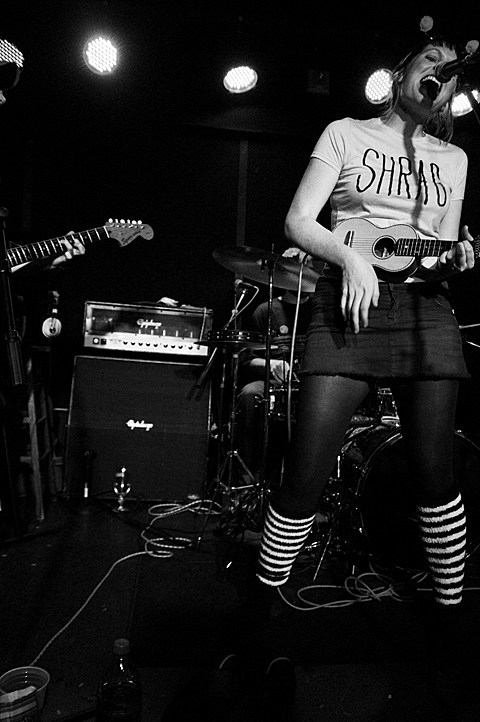 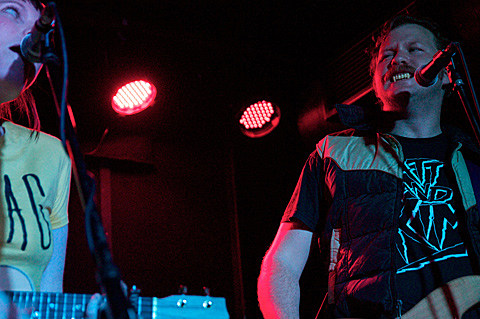 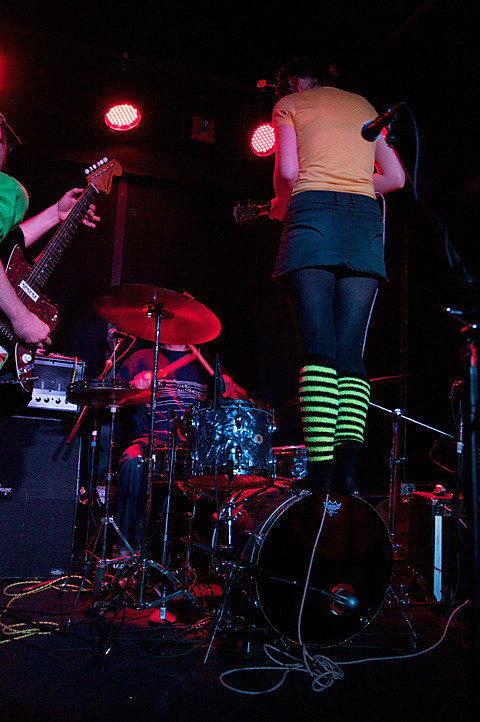