Allo Darlin' at Mercury Lounge in 2012 (more by Dominick Mastrangelo) 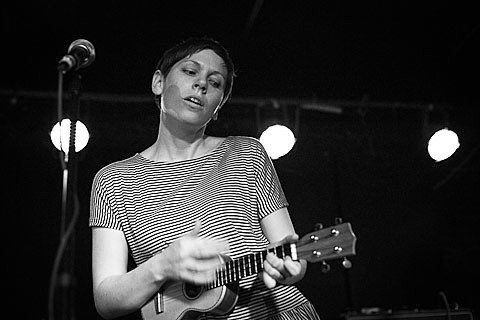 UK twee popsters Allo Darlin' have announced that they'll release their third album this October via Slumberland, following 2012's very good Europe. Details on that are still forthcoming, but we do know they'll also be touring North America around that time. The tour kicks off in NYC on October 10 at Glasslands. Tickets for that show go on sale today (8/8) at 10 AM.

All dates are listed, with a video from their last LP, below...