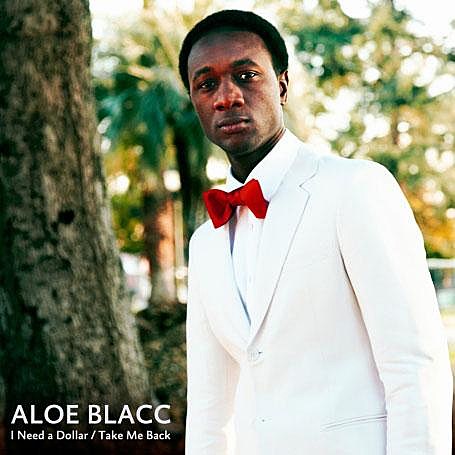 "A change wasn't going to come. By 2005, Aloe Blacc's decade in hip-hop had begun to yield diminishing returns. Though the Orange County-raised rapper had earned underground respect, the genre increasingly favored flamboyant eccentrics like Kanye West and Lil Wayne. Avenues for expansion were scarce -- especially for a USC graduate whose press biography touts a love of transcendentalism and French existentialism.

"I grew up break dancing and rapping, but hip-hop no longer spoke to me the way it had when I was younger. After years of rhyming thousands of words, I realized that I hadn't really said much," said the 31-year old, who had previously recorded as one half of the duo Emanon."

With megalithic personalities like 50 Cent, Eminem and West monopolizing the radio and the underground boom fizzling, there were few outlets for the sort of socially aware narratives that Blacc yearned to tell. At a crossroads, Blacc delved into the discographies of Joni Mitchell, Nina Simone, Donny Hathaway and John Lennon. Gradually, his perspective diverged from writing raps to composing melodies.
[LA Times]

Aloe Blacc is currently on the road with Maya Jupiter, and will hit Le Poisson Rouge in NYC tomorrow (11/18, tickets) in support of Good Things, his new LP out now on Stones Throw. Download "You Make Me Smile" from that LP above.

The Grand Scheme, The Stepkids, and $mall ¢hange will support the crooner at LPR, but you won't find labelmate MED even though the two recently collaborated on "Where I'm From". That song was recently given the video treatment and is available below. Pick up the 12", which features Talib Kweli on the flip for the song "Classic".

Aloe Blacc - I Need A Dollar

AloeBlacc "I Need A Dollar" live at Southpaw New York 2010