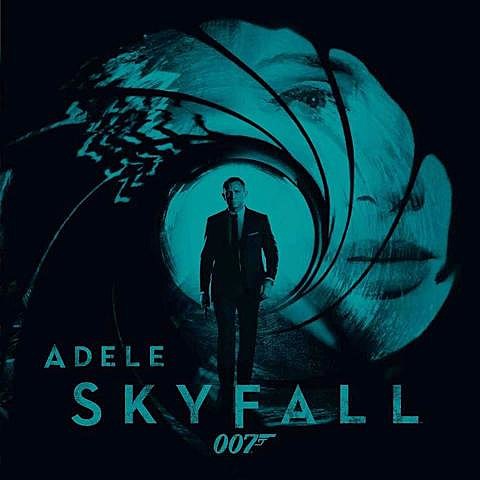 It seemed inevitable that Adele would be tapped to do a Bond theme and here we are with Skyfall. The movie actually looks like it might be good! As for the theme song, Adele and cowriter/producer Paul Epworth are channeling classic John Barry-era Bond and will be drawing comparisons to Shirley Bassey. A lyric video of the song is at the bottom of this post. (you can also buy it on iTunes)

Speaking of buying on iTunes, that's one place you can get the new album by Flying Lotus who just announced a CMJ show which happens about a week after all his other NYC appearances including this weekend's record fair.

The Raveonettes are on tour and playing Webster Hall on Friday, but first you can catch them on Letterman tonight. Meanwhile check out some pictures from their Chicago show.

Still time to get a ticket to our free-with-free-ticket AC Newman show happening Monday in Brooklyn. Meanwhile you can stream the new album in its entirety below.

The Punch Brothers are on tour and have plenty of upcoming shows, like Gramercy Theater on 10/5, and Bowery Ballroom on New Year's Eve, and The Paramount Theater in Long Island on October 7, which we're giving away tickets to on Facebook (you can also buy some).

Speaking of the Punch Brothers, as mentioned, primary Brother Chris Thile is one of this year's MacArthur Fellows. Which means he gets lots of money. Congrats also to winner Claire Chase of the International Contemporary Ensemble (aka ICE)., Maybe you caught her recently at the new Original Music Workshop venue, or during the 2010 Bang on a Can Marathon, or at one of the many other times she has performed in and around Brooklyn where she lives.

The big Animal Collective show at Williamsburg Park is this Friday. Tickets are still available. If you go, make sure and get there early for Micachu & the Shapes, or just go see Micachu headline LPR on Monday with recently added opener Mykki Blanco. Win tickets at the BV Facebook.

Micachu also DJs a Brooklyn Bass-presented After Hours party at Cameo Gallery (10/5) after the Williamsburg Park show with DJ Rezzie, No GLow, Evan MIchael, Judge Wise, and T'Angelo. It starts at midnight and admission is $8 at the door or $5 with RSVP to bass.brooklyn@gmail.com.

Sondre Lerche, who recently played Austin, is on tour and plays the Wolf's Den @ Mohegan Sun in Uncasville, CT on Friday (10/5).

Kraftwerk, Rush and Public Enemy might be in the Rock n Roll Hall of Fame.

PD spotted what is estimated to be 7-10 Million Dollars worth of pot growing on a Chicagoland farm with "plants as big as trees."

The first "official" photos of the reunited cast of Arrested Development have surfaced. The improbably fourth season of the show will "air" (stream) on Netflix in 2013. Meanwhile, New York Magazine has details on how you can win a walk-on.

You might have known there was a Chia Obama head, but did you know there was a Chia Romney? (For that matter there's a Chia Lincoln which you can pretend is actually a Chia Daniel Day Lewis.) In other candidate follicle news, someone photoshopped the two candidates' (from last night's debate) hair onto one another: 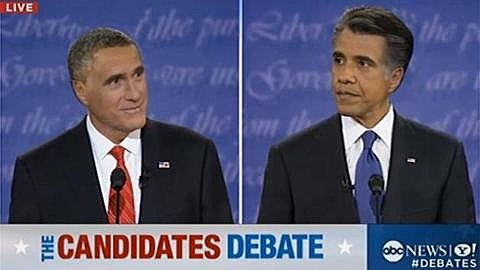 Moving on to other scary stuff: the Blackout Haunted House is returning to New York and LA.

The Hobbit is making its US premiere at NYC's Ziegfeld Theater on December 6 and you can buy tickets. They start at $500 a seat and proceeds go to the American Film Institute. The much-anticipated fantasy adaptation opens nationally on December 14.

AlunaGeorge follow their great Your Drums, Your Love" single with "Watching Over You," which will appear on BBC radio DJ Annie Mac's upcoming compilation, Annie Mac Presents 2012 (due out 10/8 via Island). Watch the video for the new single below.

AlunaGeorge - "Watching Over You" Official Video

The Meat Puppets will release "their [yet untitled] just completed 14th studio LP on Megaforce in March 2013. This soon-to-be 12 song set helps anoint the band's most productive recording period in 25 years."

One of the women from Friends is in a new band.

Dana Falconberry, whose LP release show we're presenting in Austin tonight, is streaming her new album. Also, check out pictures from another recent show she played.

Divine Fits made a video for "Would That Not Be Nice?" which you can watch right here:

Divine Fits - "Would That Not Be Nice"

And here's Adele's Skyfall theme song we mentioned above:

come say hi to us on Facebook, and stay dry!