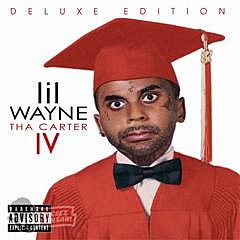 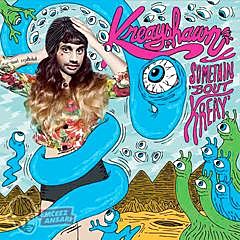 How was your Columbus Day? We didn't take off, and posted a whole bunch on BV, BV Chicago, and BV Austin, and here's even more...

As you can see above, Emceez Ansari is really good at photoshopping Aziz Ansari's face into album covers.

Speaking of funny, get the new Tig Notaro from Louis CK.

Film School Rejects is reporting that Woody Allen has cast Louis CK and Andrew Dice Clay in a new movie (must. see.).

Philip Glass Rework is streaming at NPR where you'll also find streams of the new Jason Lytle and Martha Wainwright.

As you may have noticed via an ad on this site, Django Django are running a sale for their new Mercury Prize-nominated album via iTunes. We recently caught them live at Knitting Factory, Bowery Ballroom, and in Chicago too. 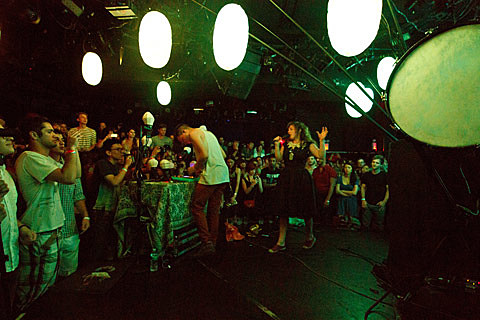 If you've seen Purity Ring live this year, you may be wondering what, exactly, is the deal with those interactive light cocoons they use on stage. The Creators Project gets the scoop.

RSVP now (update: actually it's full already) to get into the Brainfeeder one. Win tickets at the BrooklynVegan Facebook to get into SBTRKT (you can buy a ticket too).

Kilo Kish, who has some CMJ shows coming up too, opens the SBTRKT show.

Check out an interview with Zammuto who is opening for Ultraista.

AND, more stuff below...

See Jay-Z get hounded in the subway.
Watch Jay play with Beyonce later that night.

Not to be outdone by Justin Beiber, Lada Gaga barfs onstage in Barcelona:

Melody's Echo Chamber, who just played NYC on Friday with Raveonettes, gets interviewed by an 11-year-old:

Meanwhile, Entertainment Weekly got the cast of Clueless back together for their "Reunions" issue and here's bonus video from the shoot:

Watch Radiohead on Austin City Limits (and dance all you want to, Aaron Paul included)

Watch Andrew WK party with David Blaine who is still out on a pier in NYC as we write this.

The third-annual TEDxBrooklyn goes down at Brooklyn Bowl on December 7.

Are you sick of "Gangam Style" yet? How about "Romney Style"?

You knew it wouldn't be too long before South Park took on Honey Boo Boo:

Have a good night! You and me tonight...