"I'm summoning all my party powers from above and below to channel them into your soul... Have the PARTIEST HALLOWEEN EVER!" - Andrew WK 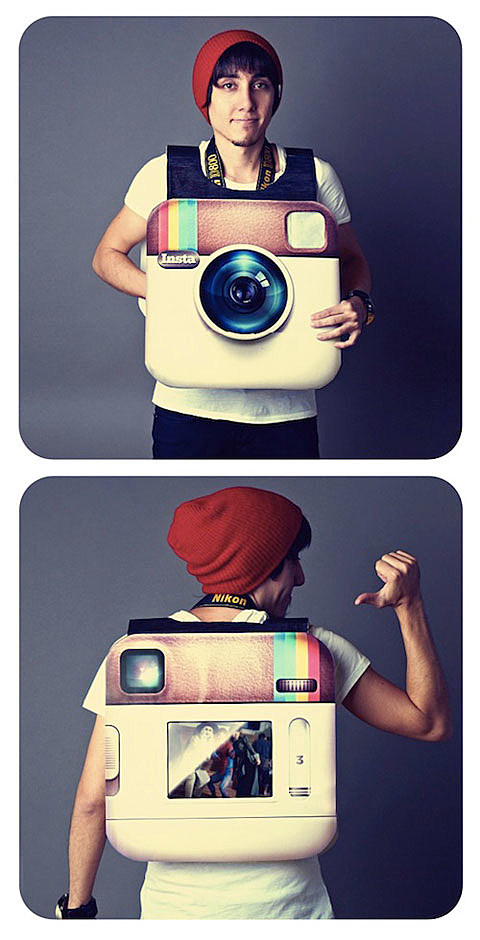 Let's just forget (not really) about this hurricane thing for one second, and try to remember that today is also Halloween! What are you going to be? What were you for Hallowmeme? Need instructions on dressing as a Canadian Indie Musician? Are you dressing up your baby? And are you going to one of the limited NYC events still happening? Or will you just save your costume and hopefully wear it to the belated Halloween Parade that might happen next week.

As you can see in the photo above, BV photographer Chris La Putt (not actually him) found his costume and is going to be Instagram for Halloween (actually, he's stranded without phone, internet or power in Jersey City).

Speaking of BV photoraphers, we just found out that we posted a picture of Jezebel writer Jenna Sauers in her Halloween costume in 2009 (and drunkenly ate falafel near her at 4am).

One CT resident got a Halloween-themed surprise when Sandy uncovered a human skeleton under a down tree. They think it was put there hundreds of years ago when the area was a burial ground.

Of course not everyone is having an unhappy holiday. And many are still dressing up, like Miley Cyrus who is doing Nicki Minaj.

Dum Dum Girls dressed up as nuns and brought out the Dum Dum Boys, last night.

LA band Deap Vally who are currently in Europe on tour with the Vaccines, show off their costumes.... 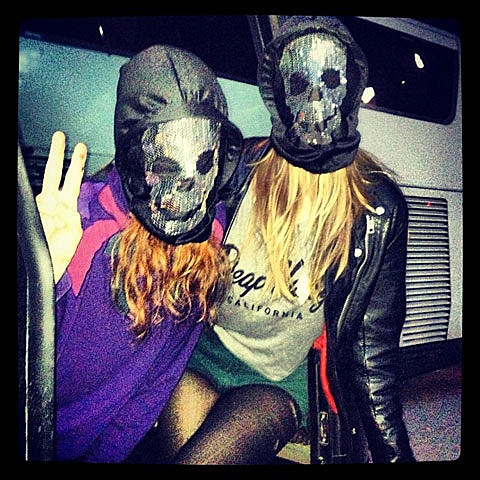 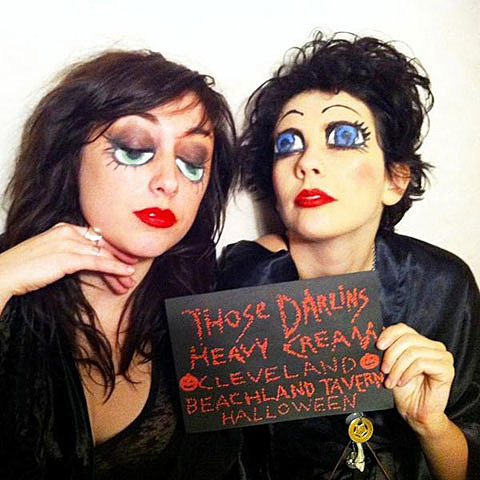 Paralympic ski racer and cancer survivor Josh Sundquist, who has one leg, dressed up as the Christmas Story leg lamp.

Here's some dudes as the Beastie Boys: 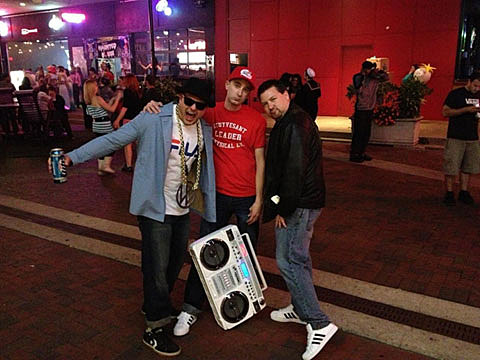 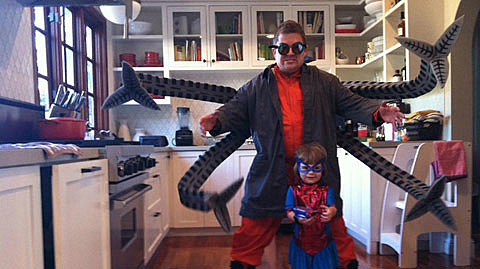 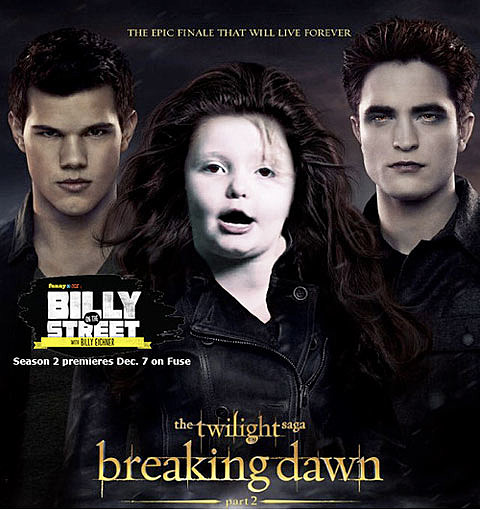 The appropriately named but not actually that scary Vampire Weekend are going to be on Kimmel tonight (which is being taped at BAM).

Lil B made a free Halloween mixtape which you can grab.

The Black Lips made a Halloween mixtape too. Stream below.

To quote the YouTube description, "Just in time for Halloween (and Hurricane Sandy, for that matter) "Tears" is a short film by David Altobelli and Jeff Desom, with a score pulled from HEALTH's original soundtrack to 'Max Payne 3' from Rockstar Games." Watch below.

Passion of the Weiss put together a haunted hip hop mix you can go download.

RL Grime released a free Halloween mix too. Listen below.

Kate Nash vamps it up in the just-released, fangtastic video for her song "Fri-end" which you can watch below

John "Mountain Goats" Darnielle and family are dressed "as the 1992 Capcom game Quiz and Dragons." 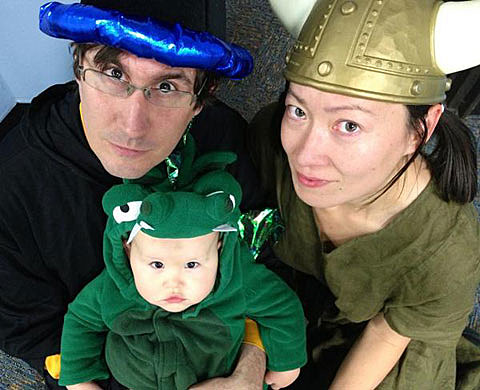 Jean Grae is slightly mad at Sandy for messing up Halloween. Watch her scary new video for "Kill Screen" and the rest of the stuff mentioned, below.

HEALTH - "Tears" (A Short by David Altobelli and Jeff Desom)