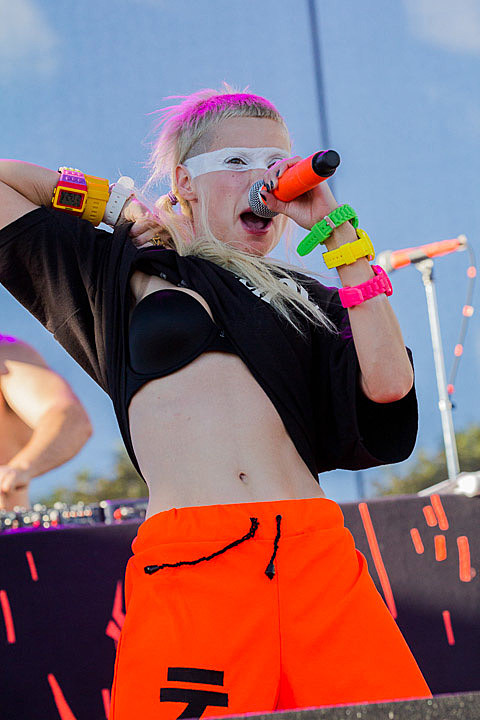 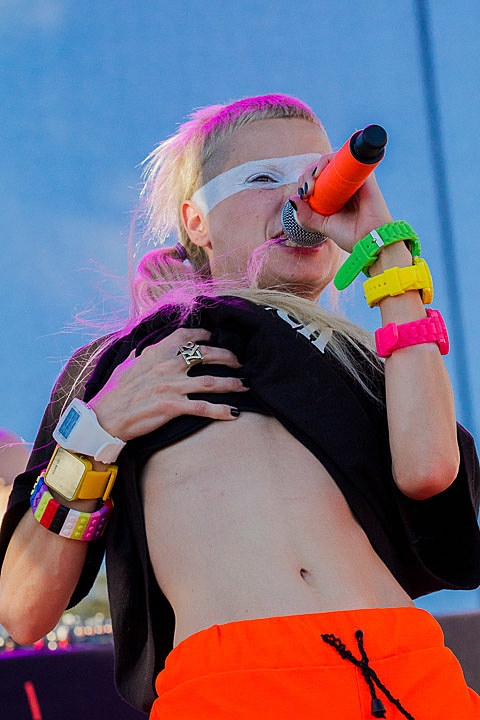 We've completed our coverage of this past weekend's Austin City Limits festival with a set of pictures from Sunday, Die Antwoord (like the above) included.

Die Antwoord have a new and controversial video for "Fatty Boom Boom" which you can watch below.

Still no word on the identity of the body found near Austin Music Hall.

Maybe you heard it's CMJ week here in NYC and we're already tired and we haven't even seen any shows yet. But we are pumped to be throwing two day parties on at Public Assembly. Saturday's line-up hasn't been announced yet, but you can check out Friday's (10/19, including METZ, Savages and The Intelligence) here.

We also are sad to report that, despite what the flyer says, Sharon Van Etten is NOT playing that Thursday day party at Ace Hotel. 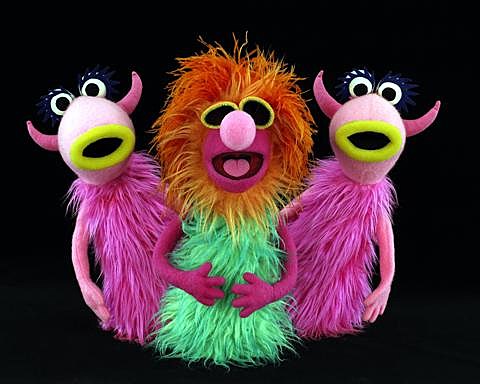 A "Million Muppet March" is being planned in Washington DC on November 3 (three days before the election) to protest Mitt Romney's pledge to cut funding to PBS if elected president. The second of three Presedential Debates happens tonight at 9 PM EDT... UPDATE: 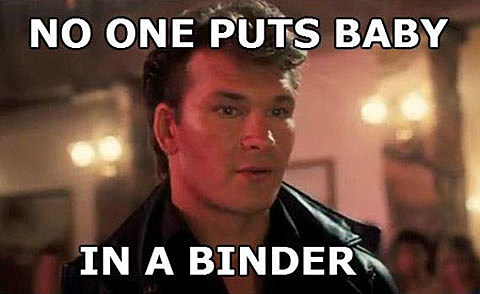 Speaking of, Menomena just toured through NYC and played Music Hall of Williamsburg and Bowery Ballroom.

Beyonce will perform at the Super Bowl XLVII halftime show.

You can stream Julie Dorion's new album, So Many Days, over at Exclaim!

'Under the Radar' mag protest signs 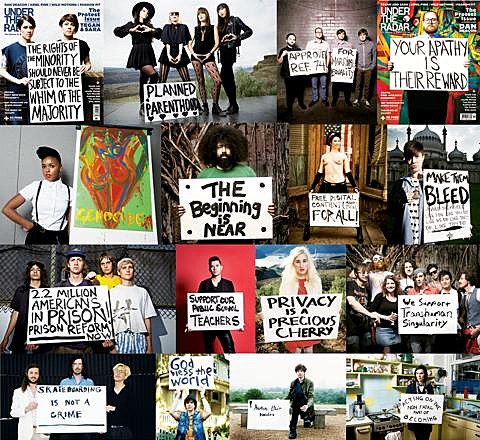 Music mag Under the Radar's Charity Protest Auction, to benefit War Child, starts today. You can win autographed signs used their "Protest" issue from the likes of Janelle Monáe, Death Cab for Cutie, Tegan and Sara, Dan Deacon and more. (Those are examples above.) If you haven't seen the issue, it's worth seeking out an actual physical copy, great photographs throughout.

and that Die Antwoord video: