We always thought the Lannisters would be Romney supporters... 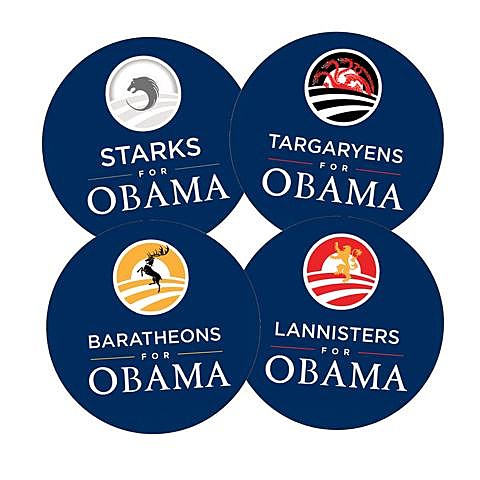 Neil Young , who is now on Twitter and recently played Central Park, thinks MP3s sound like shit and is creating a new 24-bit digital audio service called Pono that he says sounds better.

Neil might not approve but you can stream every single A389 release ever in its entirety at their Bandcamp which is pretty cool. He probably isn't a fan of Eyehategod anyway.

Watch Ty Segall perform on WGN's morning news show... at 8AM. Wonder if he had even been to bed yet?

The Mountain Goats release Transcendental Youth via Merge today. Learn about the recording process in an interview at The Atlantic.

Merge also released the self-titled debut by Mount Moriah today. Mount Moriah is one of the many artists playing the Merge CMJ showcase this year.

Axl Rose is giving an extremely rare interview to Jimmy Kimmel on 10/24, though that is unfortunately before Jimmy starts filming in Brooklyn.

We've got a new interview with Mister Lies over at bvChicago. Mister Lies makes his NYC live debut this week at Cameo.

Conservative blowhard Glenn Beck loves bombastic UK rockers Muse and wrote an open letter to the band to show them just how much. Needless to say, it is nuts.

Radio biographer and historian Alex Cosper discusses the "expanding definition of indie" at the Sacramento Press.

In other getting paid news, the Spotify-esque web music provider Rdio will pay artists $10 per new subscriber.

Jay-Z played his fourth of eight shows at the Barclays Center last night.

LA via Sri Lanka rapper DeLon traces the reason for him having to drop off a tour with America's Got Talent artist Lindsey Stirling, back to his 2008 criticisms of M.I.A.

Do you love VANS sneakers and early Metallica? Dude, do we have three pairs of kicks for you.

Starting Friday you can see the "The Artwork of John Lennon" at 130 Prince St. in SoHo.

The Taiwanese news have already made a CGI reinactment of Justin Beiber's onstage vomiting incident:

John Hodgman's latest book "That is All" is now available in paperback as an audiobook, and as part of a trilogy box set entitled "Complete World Knowledge."

John Hodgman will have a "Conversation with Ricky Gervais" live at Town Hall in NYC on 11/7, and appears at 92YTribeca three days after that. (He'll also be at the Bell House in Brooklyn on 12/21 for an event that is not even announced yet).

Have you often thought there were parallels between Breaking Bad and Calvin & Hobbes? So does this website.

Austinites and Anthony Bourdain dining companions Ume have a new video for "Run Wild" which you can watch right here:

You've probably heard all types of remixes for Gotye's smash hit "Somebody That I Used to Know." Well, here's another new one, which features old computer components, a glockenspiel hooked up to a microcontroller, and an oscilloscope.

Check out the Roomful of Teeth track we premiered today (written by Tune-Yards).