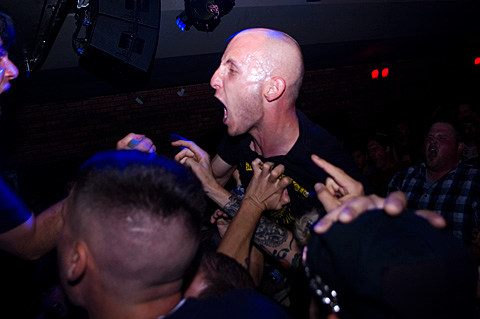 Did you know that Penn Badgley (aka Dan on Gossip Girl) is playing Jeff Buckley in upcoming biopic, Greetings from Tim Buckley? He's even been doing some stealth secret shows in NYC. Watch the trailer below.

Randy Newman is dreaming of... a white president.

As mentioned before, The Killers show at The Paramount is being webcast tonight, which will be directed by legendary German filmmaker Werner Herzog. He also directed a mini Killers documentary, which you can watch below.

Speaking of The Killers, they just announced a tour with Tegan & Sara that will hit Madison Square Garden.

Speaking of MSG, tourmates Aerosmith and Cheap Trick just announced a show there too. Madonna plays there twice in November which is when Neil Young is there too.

Totally Enormous Extinct Dinosaurs has a new video for his single "Your Love" which you can watch below.

You can stream Natural Child's new album, Hard in Heaven, over at Spinner.

A music monitoring firm has determined that Drake is currently the most pirated musician in the United States. If you live in the UK, it can tell you what artist is the most pirated in your neighborhood.

---
What are you guys doing in four years? Experts are predicting the end of arctic ice and the repercussions that will bring.

What are you doing next year? Chaos in Tejas just released their initial 2013 line-up.

Meanwhile, it looks like there are still tickets available for Monday's Ty Segall / Thee Oh Sees show (9/24) at Death by Audio.

We're giving away ticket to see Bon Iver at Radio City where Metric is also playing and where a seriously messed up car accident recenly happened.

Shazam Hopes To Do For Television What It Did For Music.

We were happy to hear Chuck Berry got a stolen guitar back.

If you're going to go into the pool full of glowing water at a rave, keep your eyes shut and do so at least an hour after eating.

California shoegazer Tamaryn will release her new album, Tender New Signs, on October 16 and you can watch the video for Heavenly Bodies below.

Don't quite know what shoegaze is or want to learn more? The AV Club recently did a pretty good primer.

Speaking of the AV Club, their "Undercover" series this week has The Promise Ring taking on Adele's "Rumor Has It" and you can watch that below...

The Promise Ring - "Rumour Has It"