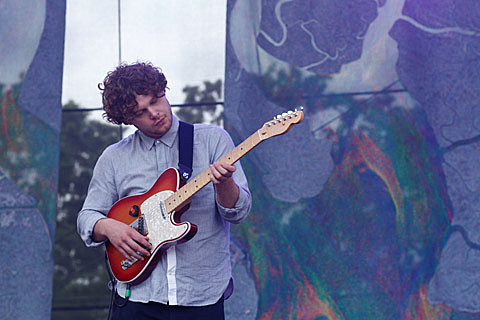 Alt-J had one of the biggest crowds that I saw at Governors Ball this past weekend, and it's no secret that they've got the chops to support the route to stardom they're clearly on. But if I did have one complaint about their set, it would have to be the absence of the intricate light show they've been having at their shows, due to a mid-day set.

Now that that festival is over, Alt-J announced a headlining NYC show (which a lot of other bands that also played probably will do soon too) where the sunlight won't be as much of an issue. The newly-announced show happens on September 15 at Rumsey Playfield (where Central Park Summerstage shows happen), and support comes from folkies Lord Huron, which is a pretty good fit. Tickets for that show go on sale Friday (6/14) at noon.

Lord Huron will be in NYC even sooner for a sold-out show at Webster Hall (6/21).

All Alt-J dates are listed, along with a couple videos, below...