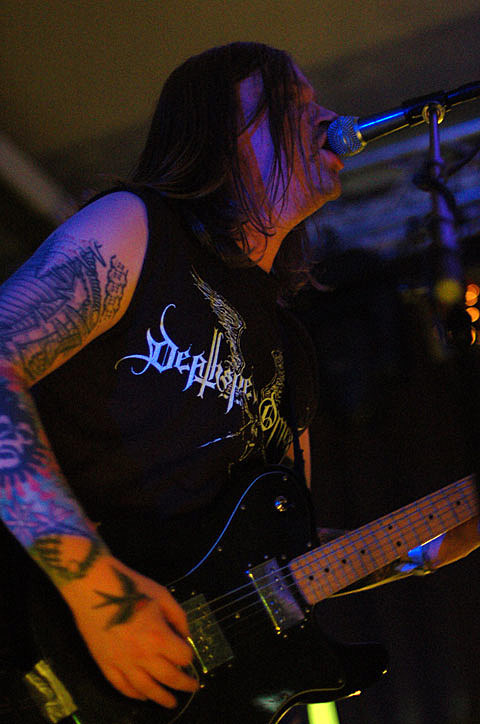 Altaar aren't content with coming all the way from Norway just to level Austin three times (an appearance at the BrooklynVegan/Profound Lore show at Lovejoys on 3/19, the Profound Lore Official Showcase, and the Chaos in Tejas/Stereogum/Sacred Bones show). The Norwegian doom destroyers have added TWO last minute NYC dates this weekend, and a Boston show to boot! Altaar will join fellow Norwegians Deathcrush to play the Acheron in on 3/12 with Occultation, and Silent Barn on 3/13 with Explosive Improvised Device. From there they head to O'Brien's in Allston, MA for a 3/14 show before continuing to Texas.

BUT FIRST: Sten Ove Toft aka TOFT from Altaar will play a solo show TONIGHT (3/11) on an impressive bill that look like this:

Some video and flyers for Altaar's SXSW dates, are below. 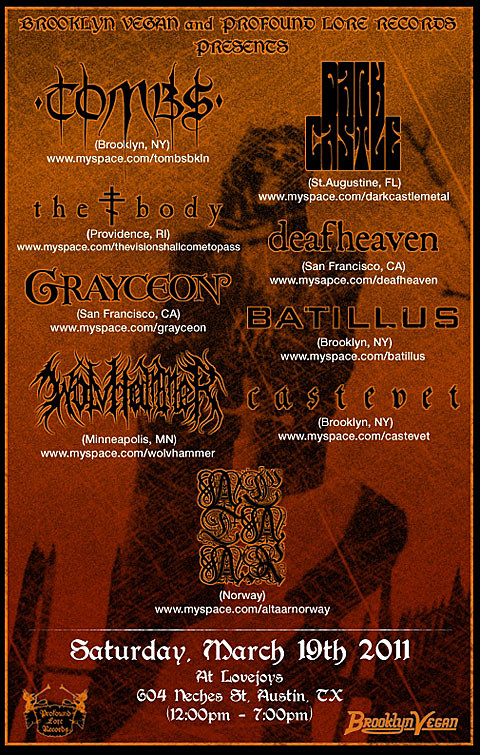 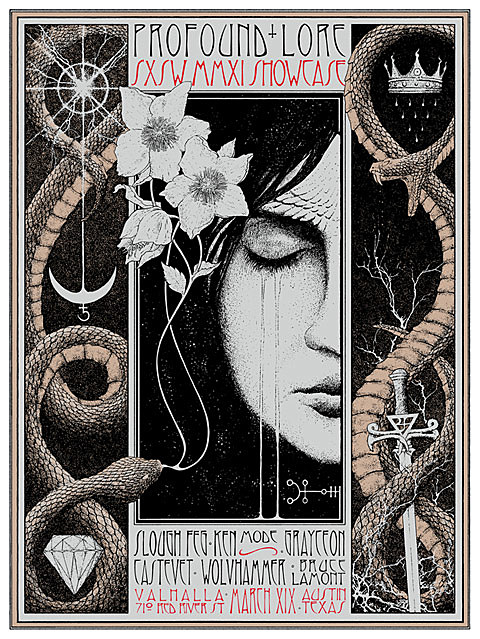 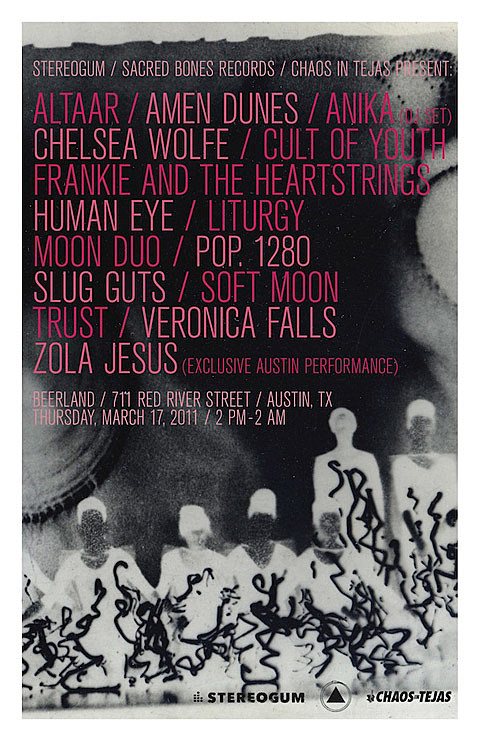