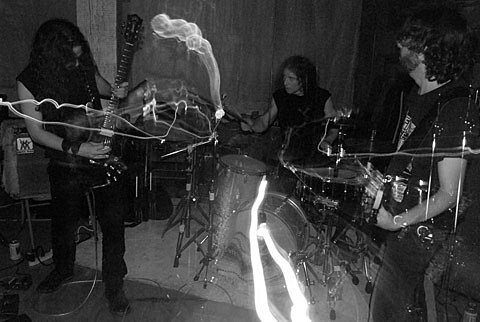 French black-metal crew Aluk Todolo last did a round of dates in the US in 2009. Now with a Roadburn appearance underneath their belt, the band is preparing to embark on a select few tour dates, including a mere three in the US. Look for Aluk Todolo to team with Villains and Lussuria at Saint Vitus on September 19, tickets are on sale.

Aluk Todolo is preparing to release their new LP Occult Rock via The Ajna Offensive on September 21st. Stream some older AT material below, alongside a list of all tour dates.