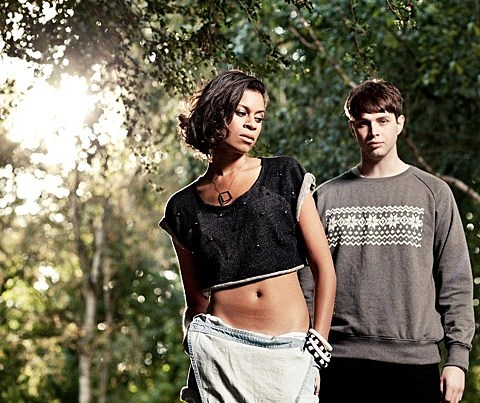 Towards the end of last year, UK R&B duo AlunaGeorge released the great single, "Your Drums, Your Love" via Island and announced that a full length would be out in 2013 (the followup to their You Know You Like It EP, which came out via Tri Angle). In a BBC Radio 1 interview with Annie Mac, the duo revealed that that the name of their album is Body Music and it will be out in June (via The Line of Best Fit). On the show, they also revealed a new track, "Diver" (which they had recently teased), a clattering tune with watery synths and expectedly impressive vocals from singer Aluna Francis, which continues AlunaGeorge's run of great songs leading up to the release of this very-anticipated album.