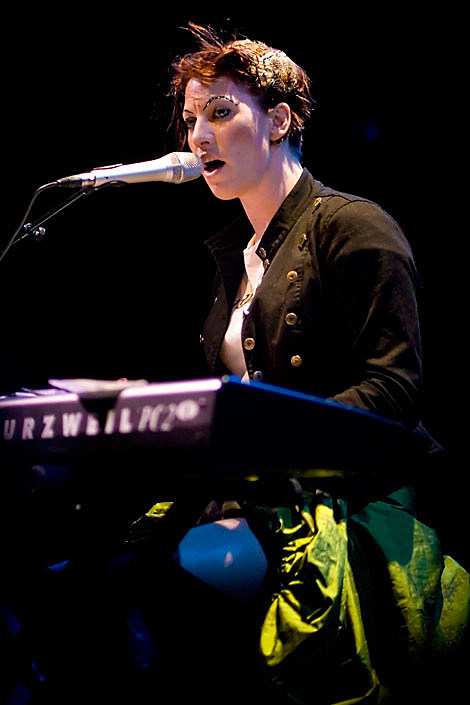 "The show, which can teeter on almost too much intensity at times, is tempered halfway through by the Ask Amanda segment in which AFP takes random written questions from audience members. This particular night we also had a birthday singalong for Amanda's longtime comrade / photographer / aide de camp Beth Hommel.

Towards the end, Emily Brodsky and opening band The Lisps joined AFP on stage for a rousing version of 'Delilah', a Dresden Dolls number about a girl who seems to enjoy being abused in a bad relationship. Much of Palmer's work is about women in the grip of such badness who can't seem to find a way out.

The show ended with a sweet duet between Amanda's way cool dad, Jack Palmer, and his daughter on Leonard Cohen's tragic love ballad 'One Of Us Cannot Be Wrong'." [Huffington Post]

Amanda Palmer headlined Highline Ballroom on Friday, June 5th. It was a few days after she appeared at Housing Works with Neil Gaiman. More pictures from Highline below... 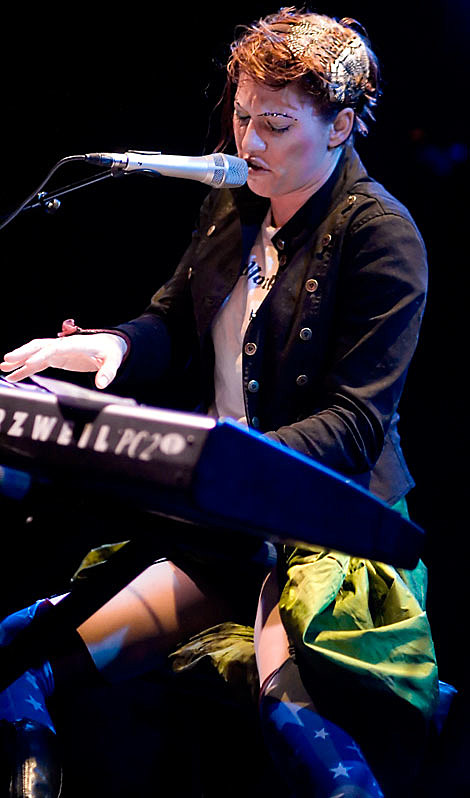 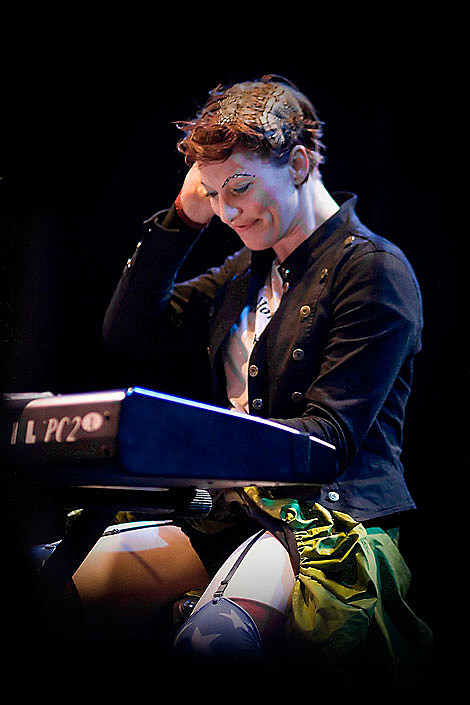 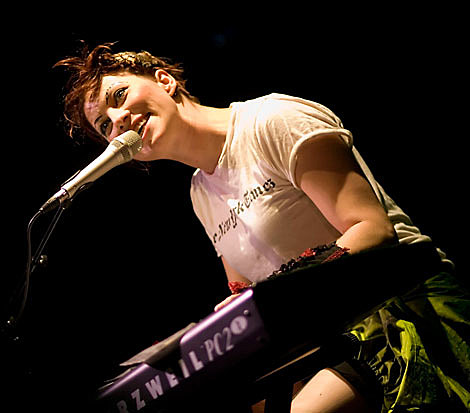 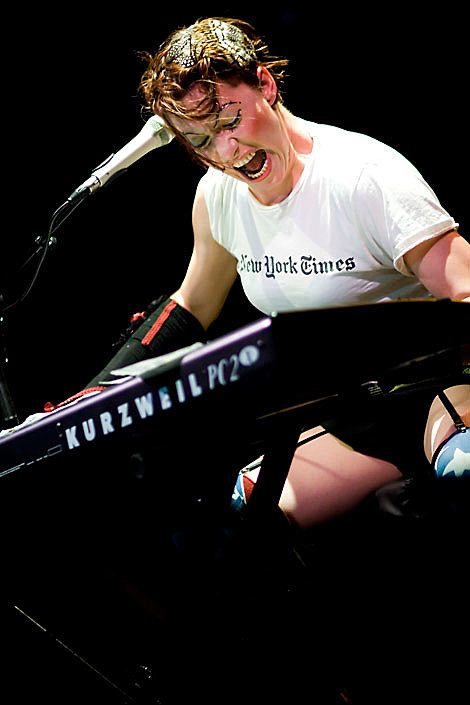 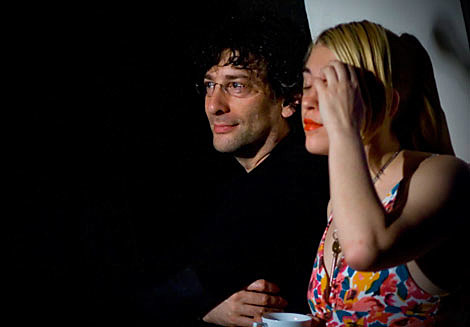 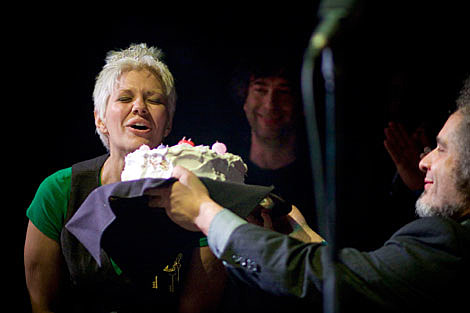 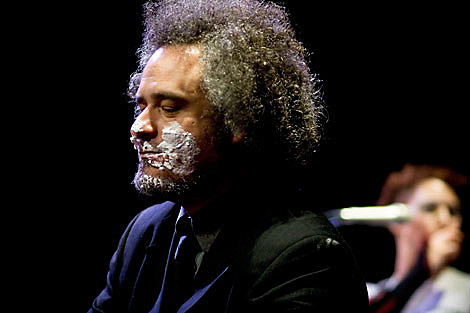 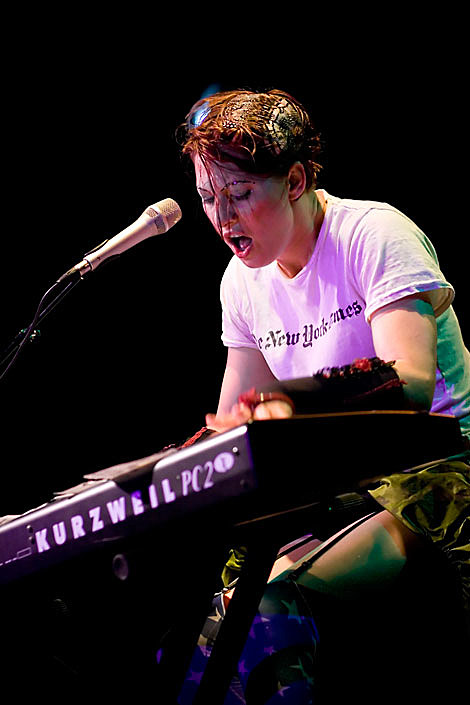 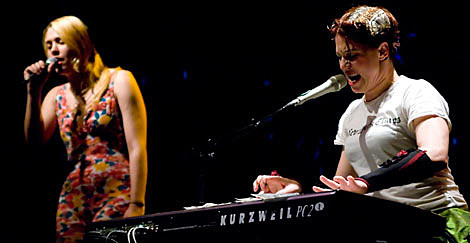 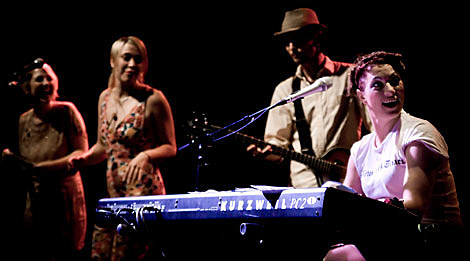 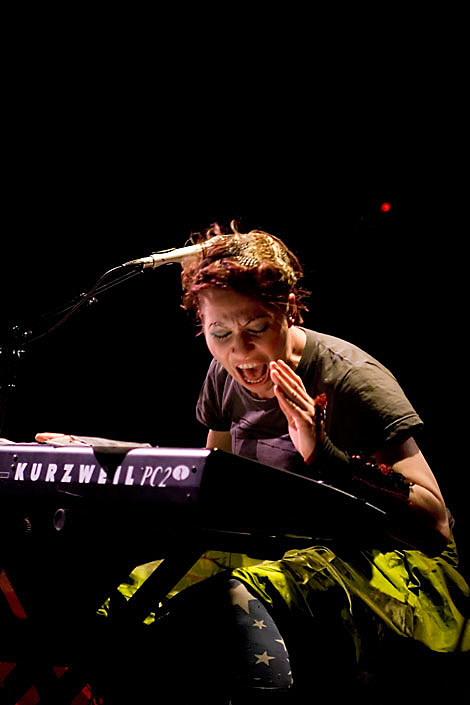 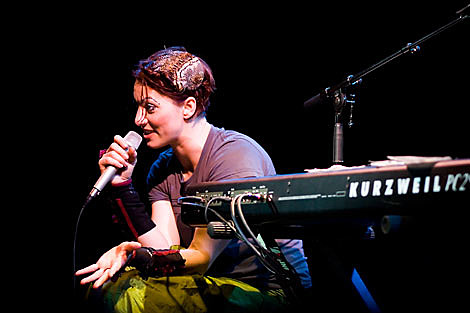 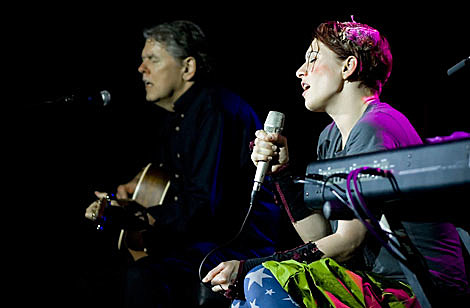 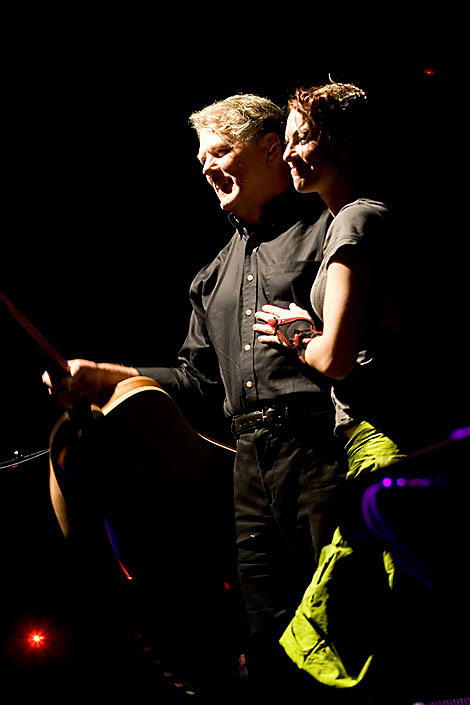