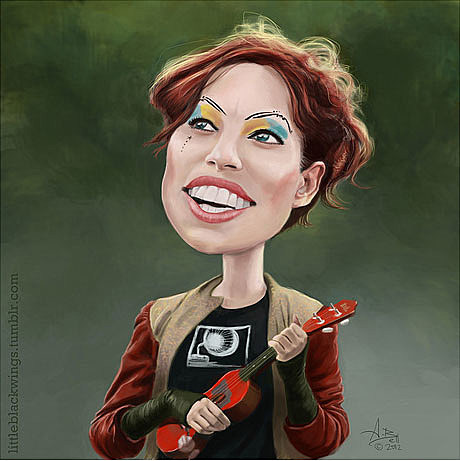 Amanda Palmer and the Grand Theft Orchestra (Michael McQuilken, Chad Raines, and Jherek Bischoff) are prepping their new album, which they recorded with producer/engineer John Congleton (St. Vincent, Modest Mouse, Xiu Xiu). In addition, she's releasing an art book with art for the new album. On April 30, Amanda put the project up for funding on Kickstarter and already gained almost four times her goal. As of this post she is at over $400,000. $150,000 ago she wrote this to Bob Lefsetz:

don't know if you've noticed, but yesterday i launched the 30-day kickstarter for my new album, "amanda palmer & the grand theft orchestra".

that's about $50k MORE than the scheduled recording budget i wouldn't have been given if i'd stayed on roadrunner...AND WE'RE ONLY ON THE FIRST DAY.

The video for the Kickstarter project is below.

Amanda will be going on a tour in support of the album this summer. In each city that she hits, she'll put on an art show with art from the album and an acoustic set, followed by a full band rock show. That tour includes Brooklyn, where she'll put on her live show at June 27 at Music Hall of Williamsburg and her art show on June 28 at Momenta Art. Tickets for the MHOW show go on sale Friday, 5/11 at noon with an AmEx presale starting Wednesday, 5/9 at noon.

All dates and the video below... 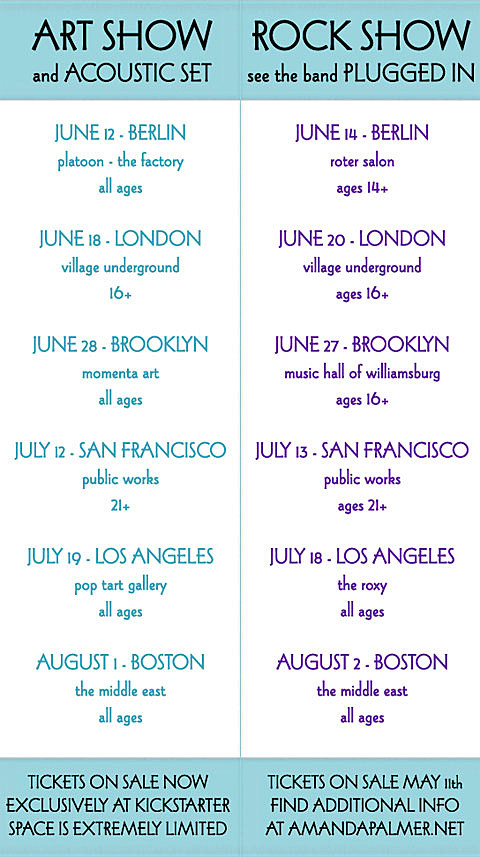