check out this new photo of Amanda & her band... 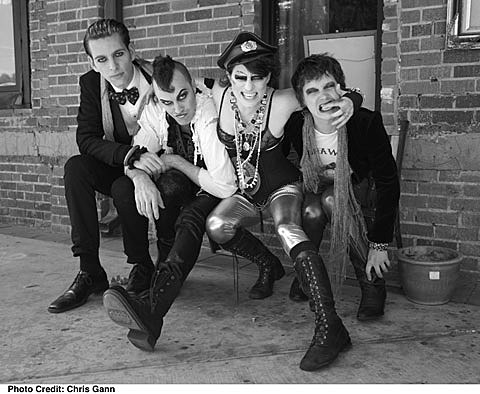 The always talented and controversial - mostly because she isn't afraid to try new things and speak her mind (especially on Twitter), Amanda Palmer, is playing a massive New Year's Eve show at NYC's Terminal 5 where she and The Grand Theft Orchestra will be performing Prince's Purple Rain in its entirety in addition to her original songs (get your tickets - regular or VIP).

Meanwhile, we asked Amanda to list her favorite 10 musical things from 2012, and you can see what she listed and watch her new NSFW video for "Do It With a Rockstar", below...

1. Regina Spektor - What We Saw From The Cheap Seats (key track "Oh Marcello") -
The Spektor is back. This record made me so so happy, Regina's sounding more like Regina to me.

2. Ben Folds Five - The Sound of the Life of the Mind (key tracks "Erase me", "Draw A Crowd")
Ben Folds spills his heart out, random pieces falling on the piano at 183787 miles per hour. He's deep here. Plus he's funny as FUCK.

3. Fiona Apple- "Every Single Night" -
WEIRDEST EAR-WORM OF THE YEAR, this song.

4. David Byrne's book "How Music Works"
David tells you how it is. This is a smart, smart man. Listen.

5. "Call Me Maybe"
I can't help it. The first time I heard it, I went back and listened to it 12 more times the same day. Crack song.

6. The Extra Action Marching Band
I love these guys and ran into them by accident in Berlin, 5 hours later they were gigging in my gallery's parking lot. Gotta love it. Pretty naked too, which is awesome.

7. Richard Thompson in Edinburgh: key songs "Beeswing", "52 Vincent Black Lightening"
I'd never seen him live, and within a few songs, I became a devotee. After seeing them live, I played these two songs over and over and over again all summer. They calmed me. And both make me cry if I'm even remotely on the edge.

8. Heather Christian and the Arbornauts
Best new act out of NYC - caught in Boston.

9. Jherek Bischoff - Composed
I'm biased because he's also my bass player, but this album is just a fucking winner all around...Jherek is the new voice of arrangement and orchestra. Singers & guests on the album include David Byrne, Mirah Zeitlyn, Caetano Veloso, SoKo, Nels Cline and Greg Saunier.

10. Leonard Cohen - Old Ideas
Bought it for a road trip along with 4-5 other new CDs that came out early in the year. Hated everything else. Loved this. Classic Leonard, back to basics - talking the pained perfect poems in that perfect voice. It's a truth record.
-
------
--
Amanda Palmer & The Grand Theft Orchestra "Do It With a Rockstar" (FULL UNCENSORED - NSFW) 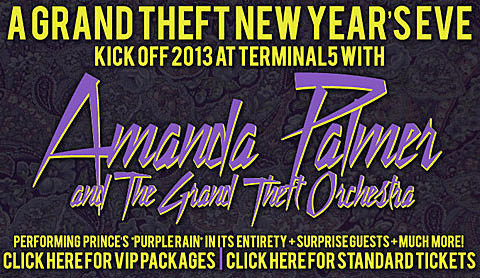