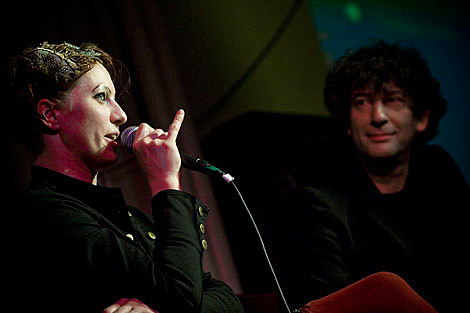 [Wednesday] night after an impossibly drizzling/humid day, Neil Gaiman & Amanda Palmer performedat Housing Works Bookstore as a part of SPIN's "Liner Notes", an event that combines a musician and an author to discuss creativity. This was the second event of the series, the first being Augusten Burroughs with Tegan (of Tegan & Sara).

The set opened with Gaiman reading a section from he and Palmer's soon-to-be released book Who Killed Amanda Palmer? The piece seemed to be a preface or at least an opening story to the book, a collection of photographs of Amanda Palmer dead with short stories by Gaiman.

After the story, Palmer launched into "Astronaut", the first song off the "Who Killed Amanda Palmer?" album, a great choice. [cupcake witch]

Amanda Palmer plays a much bigger and proper music show tonight, June 5th, at Highline Ballroom. Housing Works is having a street fair this weekend. More pictures of Amanda and Neil at Housing Works, including one of what looks to be Amanda holding up a naked picture of herself, below... 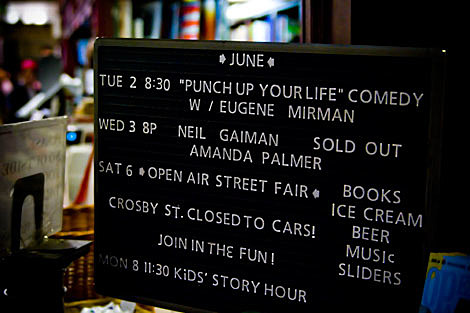 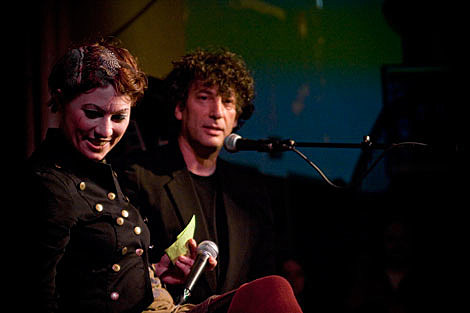 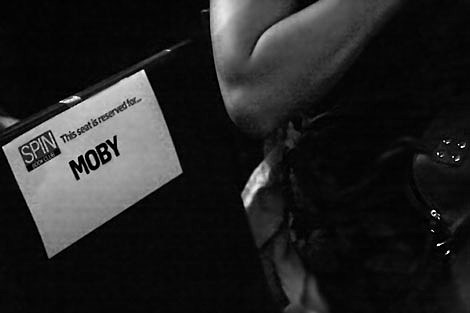 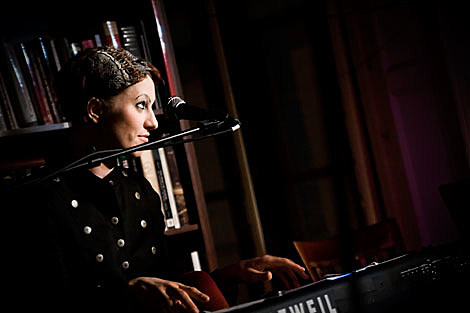 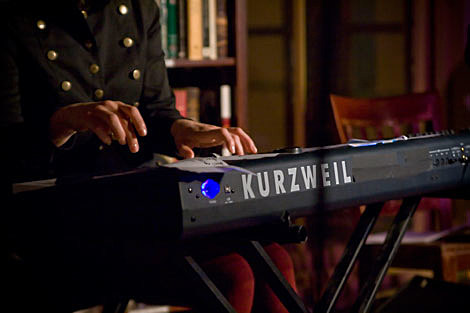 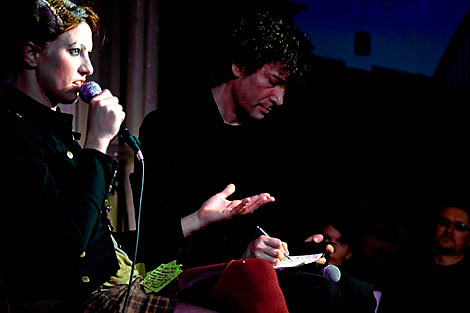 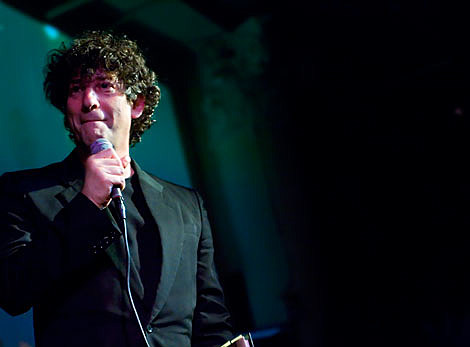 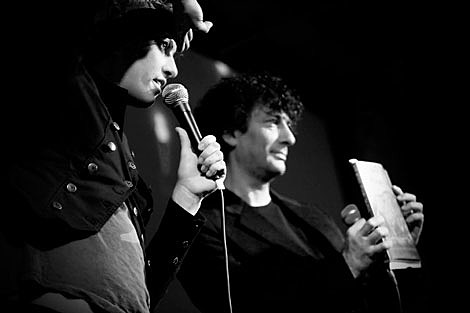 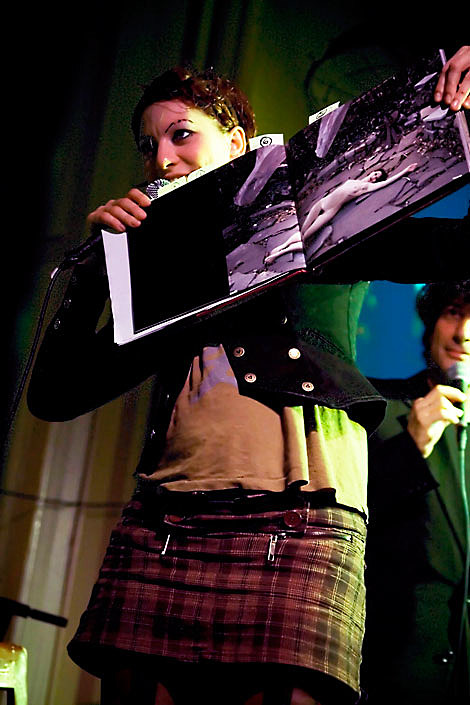 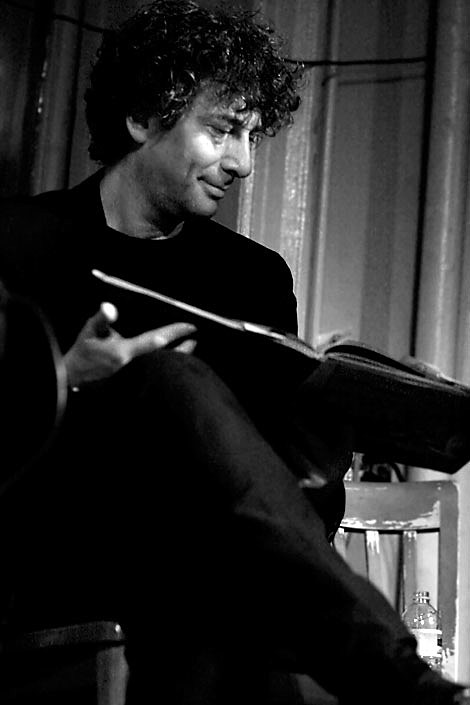 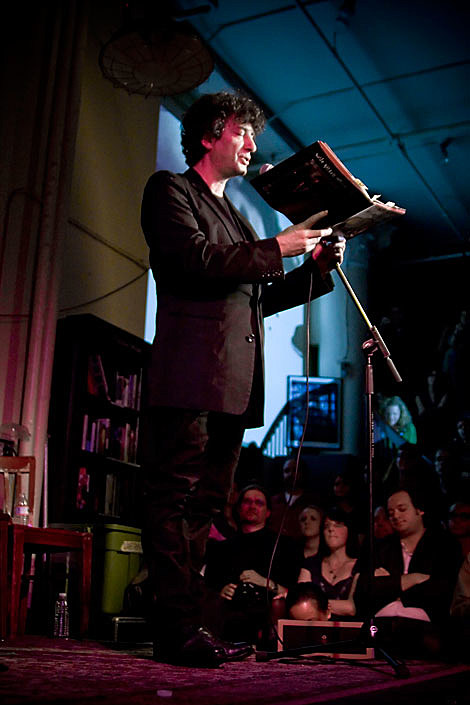 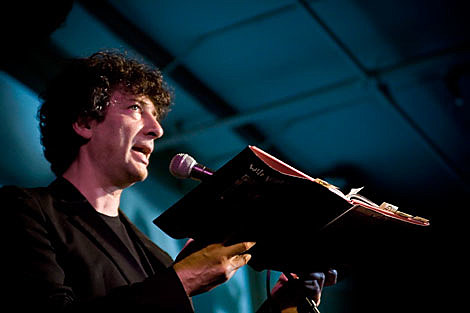 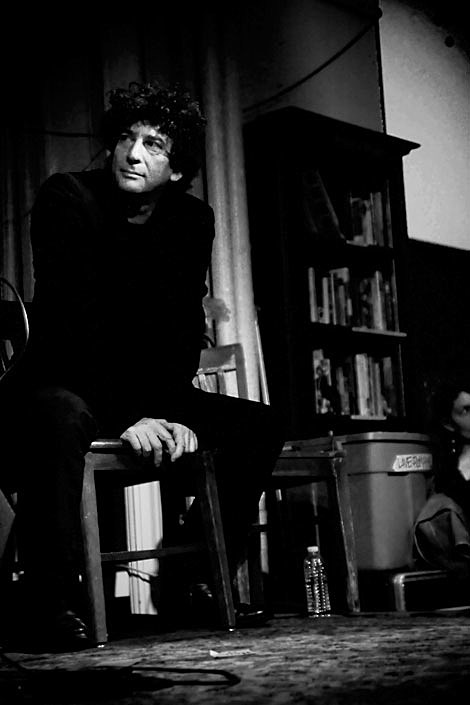 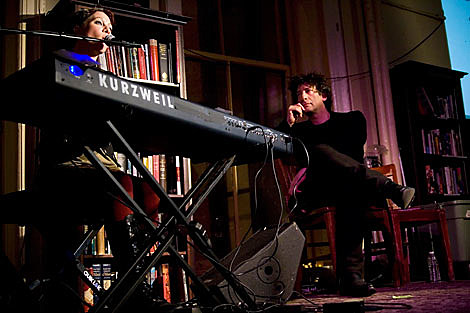 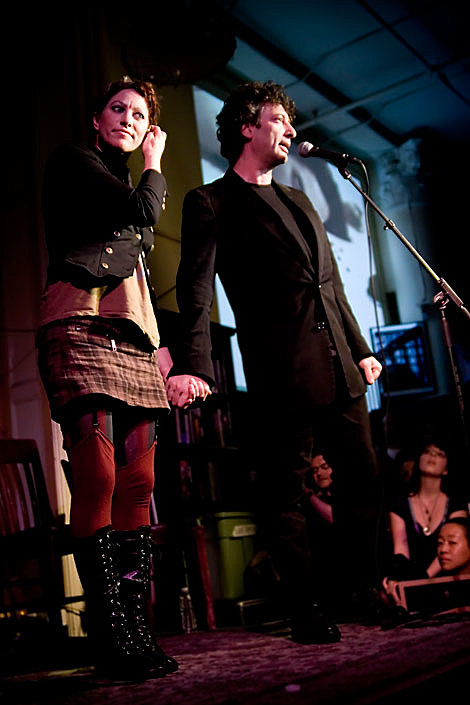 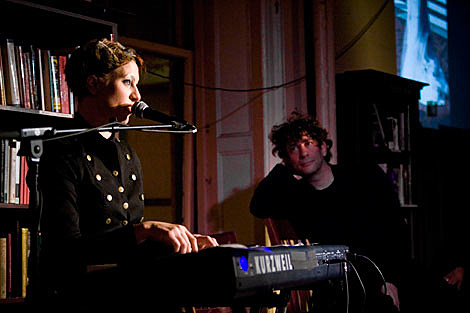 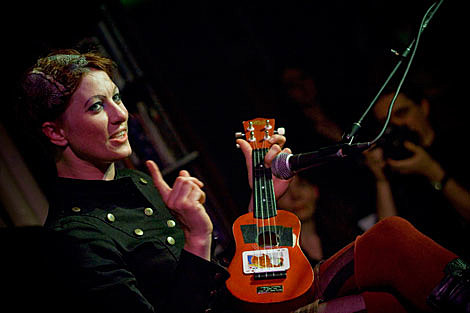 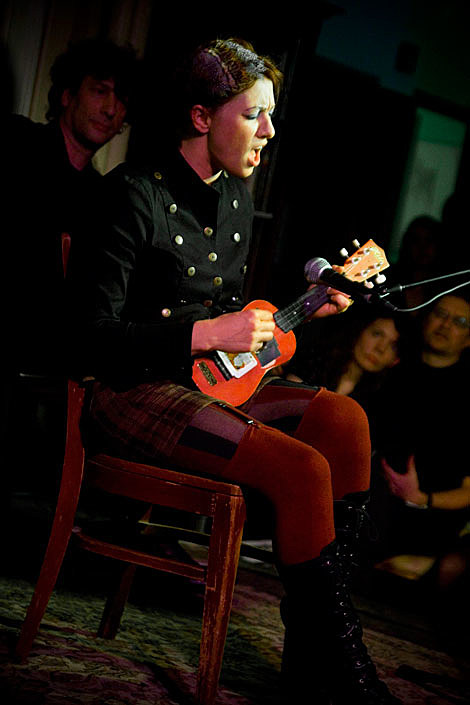