could this be the new Brooklyn wing of Amazon? 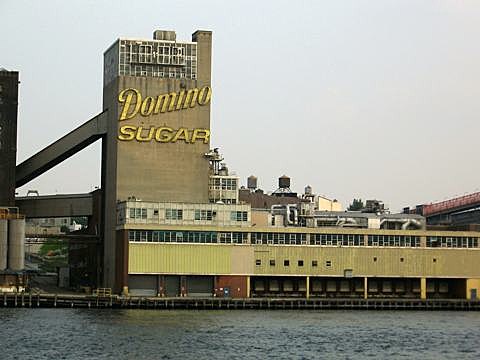 Williamsburg is now fully established as a choice place to live and play and even to work. Vallywag reports:

According to a source, Amazon may have settled on a location for the mammoth office space the company began seeking in February: the Williamsburg waterfront.

Back in February, both the Wall Street Journal and Bloomberg reported that Amazon was seeking up between 250,000 and 500,000 sq. ft. of office space in New York City, greatly expanding its presence here beyond its Midtown outpost. Williamsburg was thrown around as a possibility, along with One World Trade and Brookfield Place.

This past November, Amazon announced it was leasing a 40,000 sq. ft. warehouse at 35 Kent Avenue in Williamsburg to serve as a photo studio to shoot images of products/"mecca" for "creative talent." But the source told Valleywag that the waterfront deal is "bigger and hush hush." - [Valleywag]

Rumors that Amazon's new Brooklyn address could be the old Domino Sugar factory are mostly refuted in the same article. Also mentioned in there is this tidbit about something we've been wondering about the status of: the NYC branch of beloved UK indie store Rough Trade Records that was supposed to open last year. Says their source:

Rough Trade is in the middle of a 30,000 retail renovation on N9 and NO ONE knows about it because they did the deal with a warehouse owner and are doing a complete renovation on their dime.