Amen Dunes, the musical project of Damon McMahon, celebrated the released of his lauded new album Freedom on Saturday (3/31) at Brooklyn's Music Hall of Williamsburg. It was the first time he'd played the songs from Freedom live and the first Amen Dunes show in three years. Rapper MIKE opened the show, along with a DJ set from Pharmakon's Margaret Chardiet. Delicate Steve, who plays in Amen Dunes, pulled double duty on Saturday as he had his own show at Brooklyn Bowl earlier in the night. Pictures from MHOW are in gallery above, and a picture of the setlist is below.

After touring with Fleet Foxes, Amen Dunes will be back in NYC to play Brooklyn Steel on June 23. Tickets go on AmEx presale today at noon, with the general on-sale starting Friday (4/6) at noon. That's one of a bunch of new shows added to his tour. Updated dates are listed below. 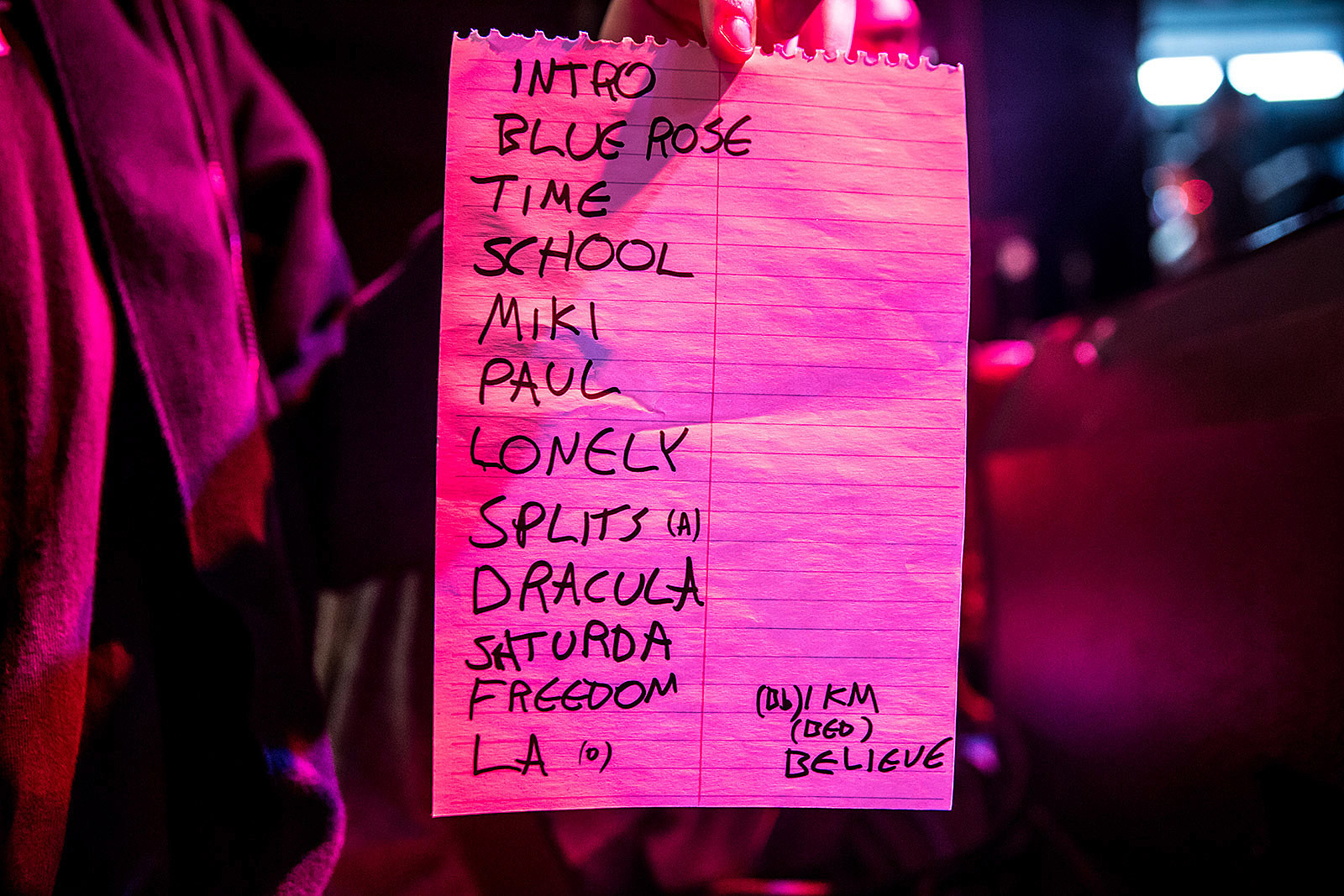