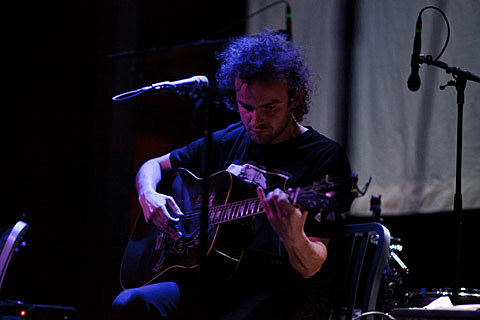 Brooklyn psych band Amen Dunes put out their excellent Love LP earlier this year on Sacred Bones, and they've now announced what will be their biggest headlining show in their hometown yet. They'll hit Bowery Ballroom on January 22 with support from Babies frontman/ex-Woods member Kevin Morby, who also has a new record out. (Maybe you caught either Amen Dunes or Kevin Morby at CMJ?) Tickets for that show go on sale Friday (11/7) at noon.

It's Amen Dunes' only announced US date at the moment (possibly more TBA?) but they'll be on a European tour this month. Kevin also has a few shows with Angel Olsen and Strand of Oaks, separately. All currently known dates are listed, with videos from both artists' new LPs, below...