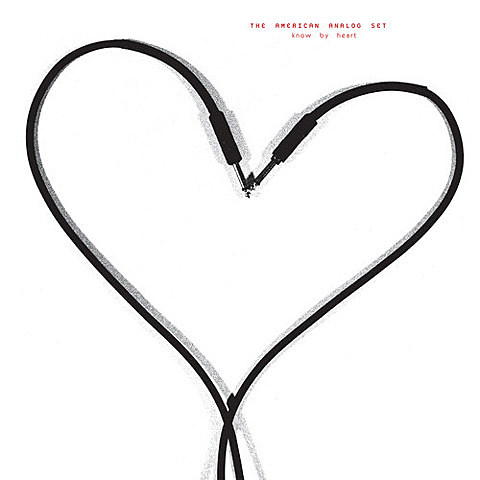 American Analog Set's fourth album, Know by Heart , is a wonder of contrasts: warm yet chilly, lovely yet sinister, and seems to have come from that space between waking and sleep. It's an absolutely gorgeous album, not only one of the best of 2001 but of the entire decade. Originally released by Tiger Style, the tiny original vinyl run now goes for astronomical amounts online if you can find it at all (no copies are currently for sale on either eBay or Discogs). Luckily that's not a problem anymore, as Barsuk today (6/3) has just given the album a deluxe double-disc reissue from the original vinyl masters. The gatefold packaging includes never seen before Know By Heart-era archival photographs and liner notes. You also get a download of 21 previously unreleased demos, including three songs that have never seen the light of day before. (Order yours.) If you've never heard Know by Heart, we're premiering a stream of the reissued album -- along with a demo of "Amish Rake Fight" and the previously unreleased "I Got the Ice in Me" from the bonus download -- below.

While AmAnSet are still officially together, the band hasn't released an album since 2005's Set Free and main man Andrew Kenny now puts his efforts in Wooden Birds and scoring new indie film Two Step. (He's also been a touring member of Broken Social Scene, The Album Leaf and other groups.) Maybe this reissue will prompt a few live shows. We can hope.

Streams of the album and two bonus tracks below...