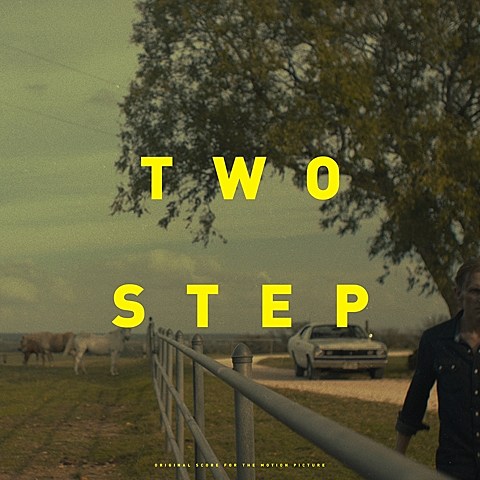 Kicked out of college, James visits Grams, his only remaining family, who dies shortly after his arrival. He finds consolation in the company of Grams' neighbor, Dot, a dance teacher, as he figures out his next move. While settling Grams' affairs, James learns she's been the victim of the "grandparent scam" in which someone posing as James has been slowly bilking her out of thousands. But before James can go looking for the culprit, he shows up at the front door, desperate for money. The culprit, Webb, has his own problems in the form of Duane, who has ordered Webb to pay an old debt or else. And if Webb can't get it from Grams, James will have to do - no matter who stands in his way.

The new Alex R. Johnson-directed thriller Two Step hits theaters on July 31 (synopsis above). Making this film interesting from an indie rock fan's perspective is that American Analog Set / Wooden Birds frontman Andrew Kenny provided an original score for it. He also included a solo piano version of "Long Time To Lose It" from the Wooden Birds' 2011 album, Two Matchsticks, and the premiere of that song is in this post. Here's what Andrew says about including that song in the film:

There is a special emptiness that surrounds you in the moment your family is gone and it opens you up to all manner of hardship as you drift through it. Two Step begins in this moment and I wanted to write something that played at the fog that follows. As fate would have it, I already had.

Alex R. Johnson added, "I needed something to be a salve for the tension of the previous 90 minutes, but it also needed to fit the context of it all. AK fulfilled that perfectly."

Listen to the new song, with the film trailer, below...