Give Up The Ghost (aka American Nightmare) (more by Stephanie Crumley) 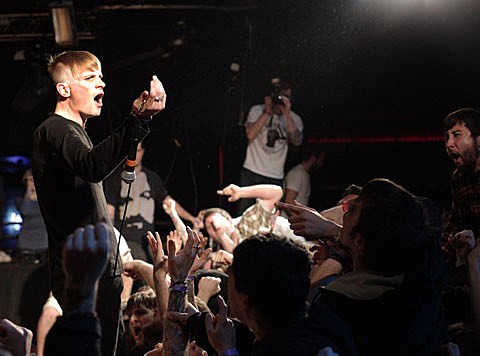 Deathwish have announced their intentions to release a new documentary on the recent Give Up the Ghost/American Nightmare reunion, due via the label "soon". Check out the eleven-minute "trailer" below.

Reminder: GUTG/AN frontman Wes Eisold will play the Guggenheim on Friday (4/27) with Cold Cave as part of a series at the museum. Tickets are still available.

Check out that GUTG Reunion trailer below.

GIVE UP THE GHOST (AMERICAN NIGHTMARE) Reunion Documentary Trailer