American Nightmare at Webster Hall in 2012 (more by Alyssa Tanchajja) 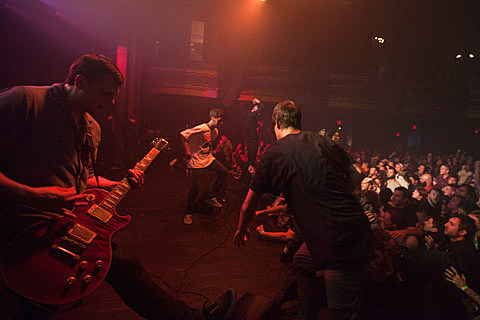 Though Wes Eisold is mostly busy with Cold Cave these days, he's still taken time to get back with his great hardcore band American Nightmare/Give Up the Ghost, who were last in NYC for two Webster Hall shows in 2012. American Nightmare have now begun announcing 2015 shows, including a return to Webster Hall on January 2. Tickets for that show go on sale Friday (10/3) at 10 AM.

Their only other announced date at the moment is in LA. Full tour schedule and a song stream below...