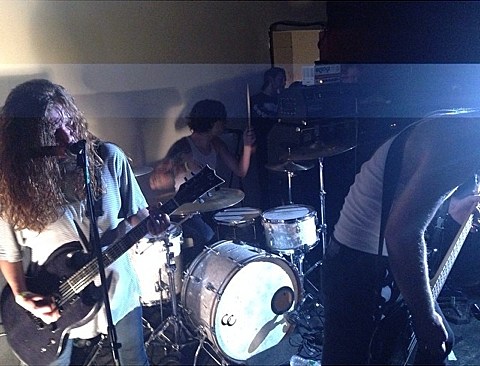 As discussed, the great American Nightmare/Give Up the Ghost are playing LA and NYC on January 2 at Webster Hall and January 4 at El Rey Theatre, respectively. Since we last spoke, openers have been announced for those shows. The NYC show gets Code Orange and Full of Hell, while LA gets B'last! and Rotting Out. Tickets for NYC and LA are still available.

Code Orange just released their metallic new album I Am King and brought their tour to NYC for a show at Palisades this past Friday (10/10). Anyone catch that?

Full of Hell have a collaborative album with Merzbow coming November 25 via Profound Lore, and they're also touring with Weedeater and Lazer/Wulf before the American Nightmare show, hitting NYC on November 7 at Saint Vitus. Tickets for that show are on sale now. Tiger Flowers were recently added too, and you can also catch them sooner on 10/20 at the Acheron (tickets).

Check out the new-ish video for "Blue Litmus" (dir. Jim Thayne) from the Full of Hell/Merzbow album, below...