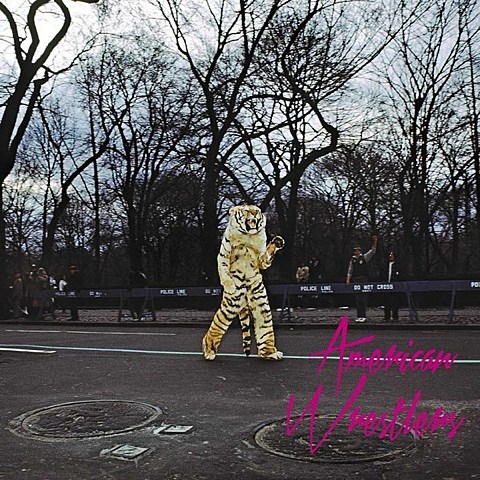 American Wrestlers is the project of Gary McClure, who released his self-titled album on Fat Possum earlier this year. It's probably safe to call it "bedroom pop" being that Gary recorded the whole thing himself with a drum machine, and came out with a scrappy lo-fi version of what a mid-2000s indie pop album sounds like. He's gotten more than one Phoenix comparison, and sometimes it actually sounds too much like Phoenix, but the best moments show a lot of promise. The biggest standout is probably opening track "There's No One Crying Over Me Either," where Gary's boyish vocals give off that same instantly-nostalgic quality as his labelmate Youth Lagoon's equally introverted The Year of Hibernation. Listen to that song and three others, below.

American Wrestlers was in NYC for Northside Festival, and he's heading out on tour again this month into next. This tour includes a return to NYC on September 29 at Shea Stadium with Zula, Doubting Thomas Cruise Control and Painted Zeros. Tickets for that show are on sale now.

American Wrestlers - "There's No Crying Over Me Either"

American Wrestlers - "I Can Do No Wrong"