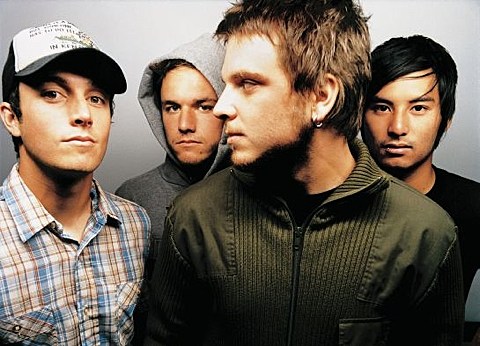 The lineup is also includes the first announced reunion date for Thrice, who went on hiatus about three years ago. It's arguable that they didn't go out on the best note, but those early records are pretty great -- 2002's The Illusion of Safety and 2003's The Artist in the Ambulance especially -- so it should be cool to hear that stuff live again. Revisit some old highlights below. They also recently reissued stuff on vinyl.

Assuming the reunion includes bassist Eddie Breckenridge, he'll be pulling triple duty this year. He's a current member of the reunited Knapsack (who have dates coming up), and he plays with former (?) blink-182 member Tom Delonge in his arena rock band Angels & Airwaves. blink-182 (without Tom) have a similarly-themed festival that they curated coming up, too.

And ahead of Amnesia Rockfest, Thrice singer Dustin Kensrue (who has a new solo album coming) will go on a tour with Manchester Orchestra singer Andy Hull, which hits NYC on April 30 at The Bell House. Tickets go on sale Friday (2/13) at noon.

Thrice - "See You In The Shallows"

Thrice - "Under A Killing Moon"