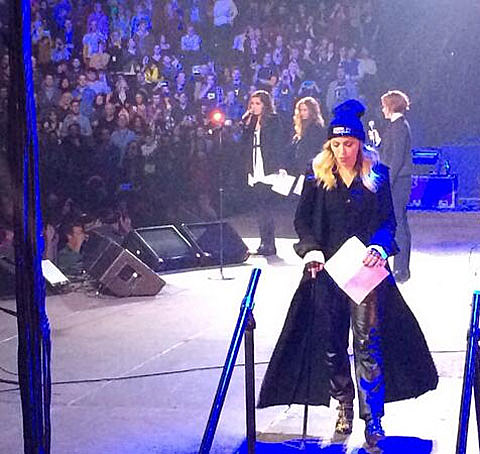 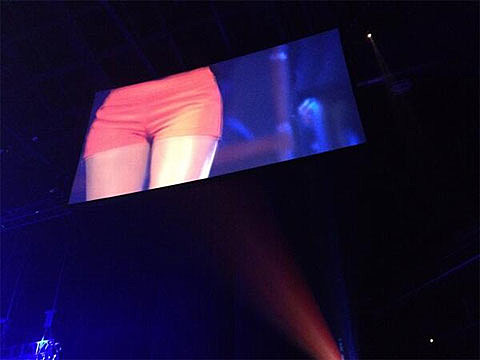 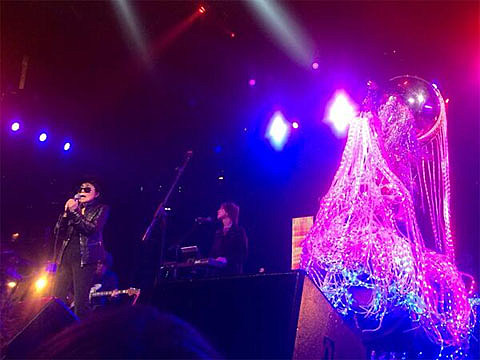 Photos via Here, Here and Here

What a (long) night! The Amnesty International show at Barclays Center wrapped up around 1am Wednesday night with a concert-ending performance by The Flaming Lips and Yoko Ono. Many more, including Lauryn Hill, Colbie Caillat (I think that's her crotch), Tegan & Sara, Cake, Bob Geldof, Madonna, Susan Sarandon, Blondie and of course Pussy Riot (who were on Colbert one night earlier) also took the stage at the home of the Brooklyn Nets. Those sitting too far away to see could watch what was going on on the big screens, though sometimes that content was a bit questionable. Did you go? What did you think? We'll have more on the whole shebang with pics later.

Meanwhile check out some video below...

Pussy Riot members sign petition to end 'all the bull '