photo: Amon Amarth at the Paramount in 2014 (more by Greg Cristman) 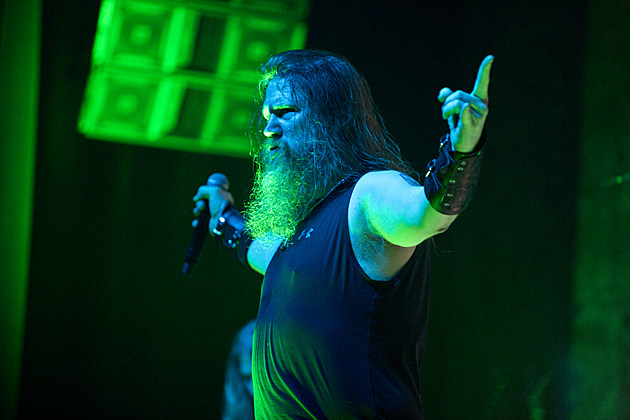 Swedish death metal vikings Amon Amarth have a new album on the way and a tour to go with it. The album is called Jomsviking and it comes out March 25 via Metal Blade. They've released the first single with a video. It's called "First Kill" and it's pretty much what you would expect; polished, catchy death metal with viking elements that border on tongue in cheek.

The tour will take them through NYC for a show at the Playstation Theater on April 22. Support on all dates comes from Entombed AD (LG Petrov's current version of Entombed) and Exmortus. Tickets for that show (and the whole tour) are on artist presale now. The general on-sale for NYC begins Friday (1/29) at noon.

Check out the video for "First Kill" along with all tour dates below...