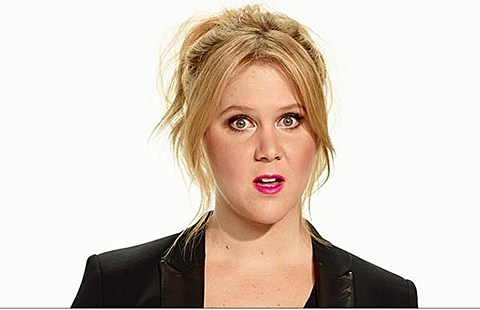 Amy Schumer played MSG last night opening for Madonna and will do the same tonight (and then Barclays on Saturday), but looks like she's big as Madonna, I'll say it again, because she's now set to headline Madison Square Garden on her own on June 23, 2016. It's been a good year or so for comedians making the jump to headlining MSG, with Louis CK and Aziz Ansari (who Amy just co-headlined the Oddball tour with) doing the same. Tickets are on sale now.

Amy also teams up with Jerry Seinfeld to celebrate the 15th anniversary of Jessica Seinfeld's Baby Buggy organization, which "takes an innovative child-focused approach to curbing generational poverty by linking access to critical child gear items to parental participation in programs designed to lift the family out of poverty." That show happens November 16 at Beacon Theatre. Tickets are on sale.

All of Amy's tour dates are listed below...