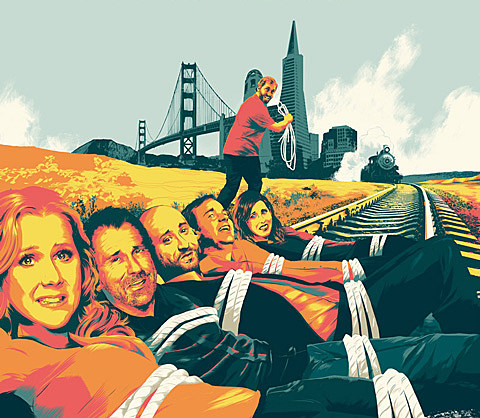 Amy Schumer, whose very funny Comedy Central series is in the midst of its third season, stars in one of this summer's most anticipated comedies, Trainwreck, which she wrote and was directed by Judd Apatow and also stars Bill Hader, Colin Quinn, Mike Birbiglia, Vanessa Bayer and Dave Attell. All those funny folks (except for Hader) will be out promoting the film on the Trainwreck Tour which has multiple stops in North America, each one benefitting a different charity. It'll hit NYC at Beacon Theatre on June 15. Tickets, which benefits the National Multiple Sclerosis Society, are on sale now.

Trainwreck, much of which was filmed in Williamsburg (including at the soon-to-close Trash Bar) is out July 17. All Trainwreck Tour dates are listed, along with the film's red-band trailer, below...