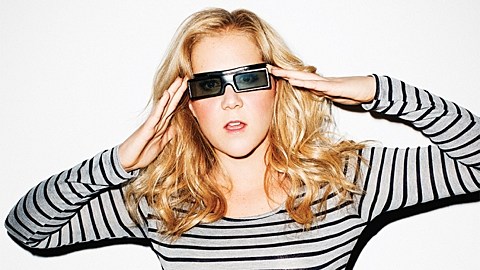 Madonna's upcoming tour lands in NYC on September 16 & 17 at MSG and 9/19 at Barclays Center, and those three shows just got a pretty sweet opener. The very funny comedian Amy Schumer, who played NYC on her trainwreck tour earlier this week, will support Madonna at the shows. Tickets for all three are available.

Naturally, Amy (whose movie Trainwreck is out in July) has footage of her childhood self singing "Like A Prayer." Watch that, with Amy's recent hilarious "Celebrity Interview" clip from her Comedy Central show, Inside Amy Schumer, below.