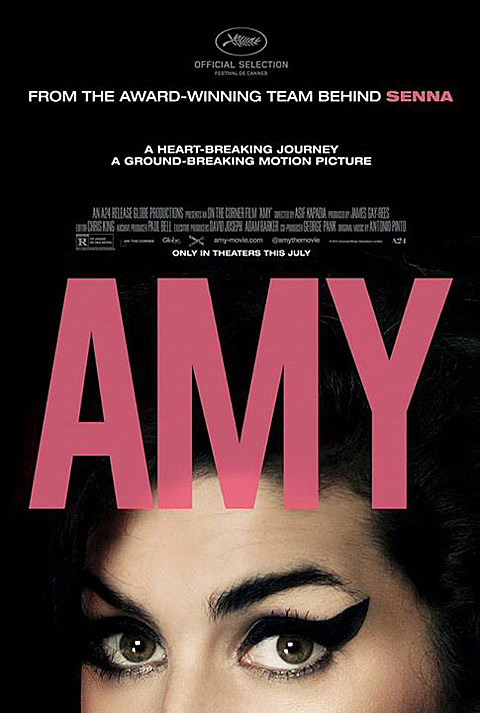 A star is born -- all over again. Asif Kapadia's documentary study of the great British soul queen Amy Winehouse, who died of alcohol poisoning at the age of 27, is stunningly moving and powerful: intimate, passionate, often shocking, and almost mesmerically absorbing.

Like Kapadia's previous study of doomed motor-racing star Ayrton Senna, this does not use talking heads, but is instead visually based on extant footage of chat-shows and awards-events and also an extraordinary trove of private video shot by friends and lovers who were clearly transfixed by Winehouse's extraordinary personality, and perhaps, who knows, aware that what they were recording might be of grim future interest. At some stage as a teenager, Winehouse adopted her feline eyeliner style -- a style that Caitlin Moran has written about brilliantly, the kind of makeup you develop through applying it while looking into a car or bus wing-mirror. - [The Guardian]

The Amy Winehouse documentary, Amy, just premiered at 2015 Cannes Film Festival to pretty much universal praise. You can check out the trailer below. Amy opens in U.S. theaters on July 3.