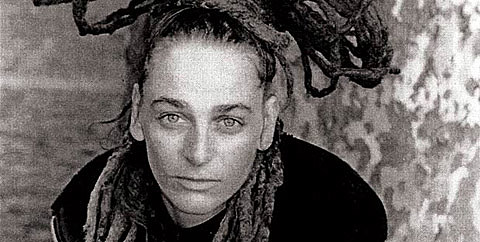 Since we last spoke, official word came back regarding Ari Up's untimely passing: it was cancer. In her memory and the memory of the tunes she left behind, Brooklyn's Music Hall of Williamsburg is hosting a show on January 16th called "Ari Up Punky Reggae Birthday Party" featuring appearances from members of The Slits, The Slackers, PiL, as well as Neneh Cherry and many others. Tickets are on sale.

Being that Ari Up was John Lydon's step-daughter, it's not surprising that her passing had an effect on him:

John Lydon has delayed sessions to record new material with Public Image Ltd following the death of his step-daughter, The Slits singer Ari Up.

"We were going to go into the studio but in light of my step-daughter's death, I really can't be doing that at the moment," Lydon said [around November 22nd].

"I don't want to leave my wife alone for any length of time right now. So the music side has had to be held." -[BBC]

PiL becamse active again recently, and toured through NYC in May.

Another recent tribute to Ari Up happened in the form of Kathleen Hanna and The Raincoats covering a Slits song at MoMA. Video of that, with info on upcoming Kathleen Hanna-related events, can be found HERE.

Members of The Slackers are involved in the Ari Up show at MHoW, and the band has a show of their own in NYC next week. Tickets are still available for The Slackers at Brooklyn Bowl on December 18th. The show is one of two December dates for the NYC ska band. The second is New Years Eve in San Francisco, and the first date on a larger tour for the band who will be pretty busy through June. Openers for the Brooklyn show are Frighteners, the Forthights, and DJ 100dBs with special guest appearances by Greg Lee (Hepcat) & Jesse Wagner (Aggrolites).

All Slackers dates and some videos below.