Frankie & The Outs @ The Bell House (more by Tim Griffin) 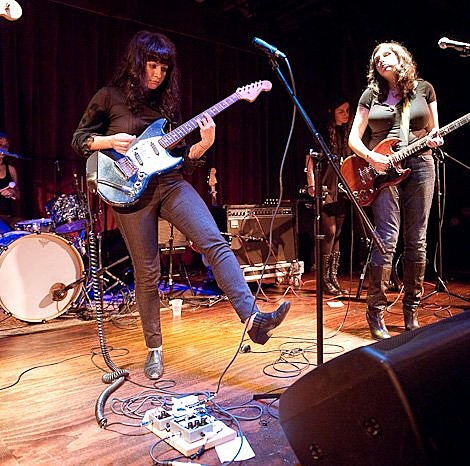 Having spent time on the drumkit for both Vivian Girls and Crystal Stilts, Frankie Rose went solo this year with her debut single on Slumberland, "Thee Only One," (downloadable above) and her new band, The Outs. And just when she thought she was off the drums for good, she went and joined Dum Dum Girls whose debut for Sub Pop is due early next year.

You can see Frankie and the Outs on New Year's Eve at Cameo Gallery along with Beach Fossils, We Are Country Mice, Lemonade and Surfer Blood -- a pretty hot line-up for such a tiny club (Advance tickets now available). It's one of three upcoming shows for Frankie including a house party with Screaming Females and Talk Normal on New Years Day and a February gig in Brooklyn with Austin's Harlem (two days after they play Mercury Lounge)

Those dates and Frankie's answers to a few questions, below...

You released your debut single this year. How'd that go?
Good I think. Glad to finally have something out there.

You left the drums (and Crystal Stilts) to play guitar and sing in your own band. How's the transition from the back to the front of a band gone so far?
The first show I almost puked and left. Gradually it got a better. Around show 4 I was able to make some kind of shitty banter with the audience.

You also toured a bit this year as Dum Dum Girls' drummer -- will that continue in 2010?
Absolutely yes. I would marry all three of them.

What was the best show you saw in 2009?
I was lucky enough to see My Bloody Valentine In France. Maybe the best show I have ever seen.

What was your most memorable musical moment of 2009?
Playing my first show, In my own home, in the company of people I love the most.

What's your favorite Michael Jackson song?
How can a person pick one with such a catalog? "Dirty Diana?"

What is the proper way to incorporate "meh" into your band name?
"Frankie and MEH Outs" of course. 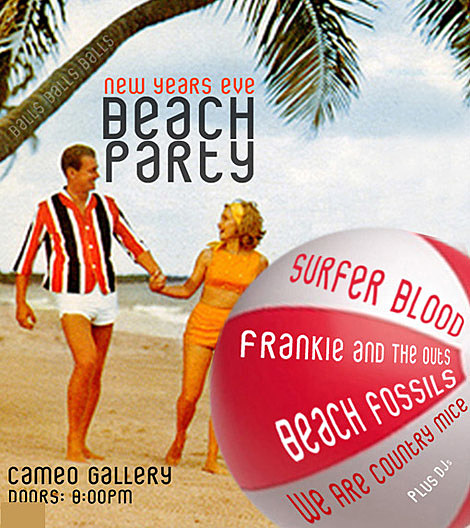