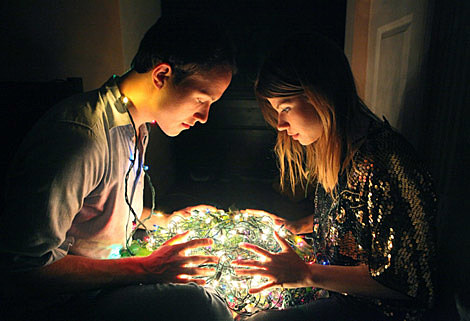 One of the nicest bands and most underrated bands in Brooklyn, Savoir Adore have been going for almost two years but just their debut album, In the Wooded Forrest, on Cantora Records. It's loaded with big pop hooks, clever productions and positive vibes. They are also a lot of fun live, which you can find out for yourself tonight (12/18) -- they play The Cantora Holiday party with French Horn Rebellion. It's $5 with RSVP, doors are at 11PM. You can also catch them at Mercury Lounge on January 14th. Tickets are on sale at noon.

You released your debut album this year. How'd that go?

Deidre: It was exciting! Many many months went into getting that out, and we are so glad its finally able to get into everyone's hands.

Deidre: There were too many. Lots of learning, lots of writing, etc.

Paul: There were definitely a lot. Had a pretty memorable experience at Death By Audio in March. It was the first show with our drummer, Tim McCoy, and we were encouraged to do an encore (that was pretty cool). We played our song "TCP," which we hadn't rehearsed, and it never sounded better... Spontaneous moments like that are really exciting. There's also a great energy in that room when it's full.

Deidre: The 31-hour car ride straight from Austin, TX to NYC with 4 band members plus equipment in a Subaru Forester. I guess that's longer than a "moment."

Deidre: Phoenix - Wolfgang Amadeus Phoenix. This is a difficult question for us, because we rarely are on top of very new music, and it may take us a few months to get into it. We could more accurately answer this question in mid-2010.

Paul: Definitely the Phoenix record, and also Wild Beasts' Two Dancers and The Pains of Being Pure at Heart LP.

Deidre: The Dirty Projectors at SxSW

Paul: Same, that was the first time I had seen them perform. I was floored.

Both: Music Hall of Williamsburg

Deidre: Best is proximity to all things awesome. Worst is overstimulation.

Paul: Best is the sheer amount of exciting music and venues. Worst is probably getting to and from gigs. So many parking tickets...

New songs, lots of recording and touring -- UK release in May. Hopefully festivals in the summer!

Deidre: Well, Glo-fi sounds like its the most fun.

Paul: "Don't Stop 'Til You Get Enough" or "Human Nature"... the smoothest jam of all time.

What is the proper way to incorporate "meh" into your band name?

Savoir "Meh"dore - If you say it fast it sounds like a dinosaur. 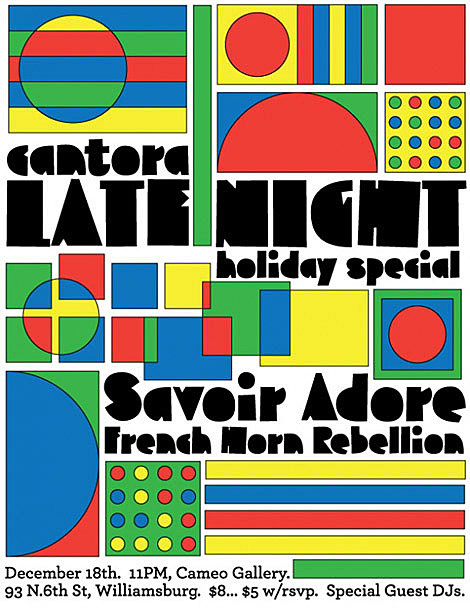