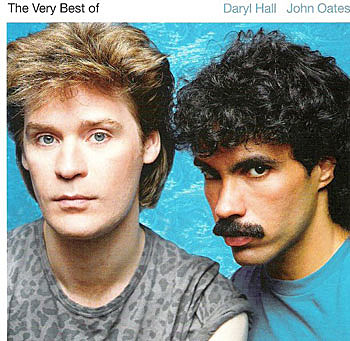 DARYL HALL & JOHN OATES' FIRST-EVER CHRISTMAS ALBUM WILL BE HOME FOR THE HOLIDAYS WITH SEPT. 25 RE-RELEASE

LOS ANGELES, Sept 20, 2007-Building upon the success of their first-ever holiday album, which debuted last year, Daryl Hall & John Oates will re-release Home for Christmas on Sept. 25 through their own U-Watch/DKE Records distributed by ICON Music Entertainment Services. The album, which was part of an exclusive arrangement with Trans World Entertainment, will now be available at all music retailers nationwide, as well as online, for the first time.

"We are so pleased that Home for Christmas can now be bought by our fans at all retail outlets," said Daryl Hall. "This assures that everyone who wants one will have access to purchasing it."

Produced by Daryl Hall and longtime collaborator T-Bone Wolk and Greg Bieck, Home for Christmas, with special cover art designed by Michael McCurdy, features the world's best-selling musical duo giving new and original life to traditional holiday anthems such as "The First Noel," "It Came Upon a Midnight Clear," "The Christmas Song," "Mary Had a Baby," "O Holy Night" and a re-recording of "Jingle Bell Rock," a promo-only single that was a hit for the duo for many years. Daryl and John each wrote one original song for the collection, the title track "Home For Christmas and "No Child Should Ever Cry on Christmas."

"It Came Upon a Midnight Clear" reached #1 on Billboard's Christmas chart last year, while critics were effusive in their praise of the album.

"I find my ideas of beauty infinitely expanded," said Blogcritics.com reviewer Michael Jones about Home for Christmas. "That is how my heart feels about it. You will never regret purchasing this."

All Music Guide's Stephen Thomas Erlewine raved: "The result is the rare holiday album that feels familiar yet fresh, and there's enough variety here to make this a Christmas record that will hold up well over the years."