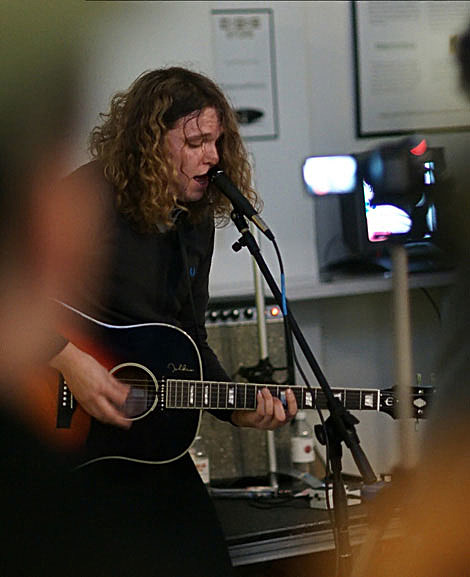 As I was saying (and Bill will say even more about later), Jay Reatard and his Shattered Records crew (Nobunny, Hunx & His Punx, Box Elders & Useless Eaters) are on their way from Pop Montreal to NYC for a late show at Le Poisson Rouge tonight (10/1). Tickets are still on sale.

Yesterday, with some help, I rushed together some questions for an email interview with Jay (not the ideal format). Jay in turn rushed some answers back this afternoon, presumably from the road and after playing a late show last night. With that in mind, you can find that interview, which attempts to set the record straight on Jay's recent hate for Brooklyn, and what time Hamburghini practice starts, with all dates and tonight's set times, below....

So, how was Gonerfest, and any chance we'll see any more live Reatards shows any time soon?

Jay: Gonerfest was amazing, Zac and Eric really out did themselves this year, and I am more than positive that was the last Reatards show ever.

Tour has been amazing everyone loves each other's bands and each other so it's been making for some good times!

We all fly solo in whatever we got, from my van to the Useless Eaters in a small car.

Any new albums that you're listening to on the road or in general? 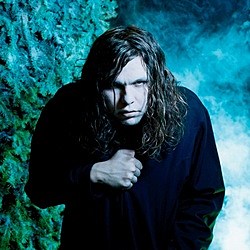 Speaking of new albums, you have one that just came out on Matador. You've jokingly referred to it as twee, and have acknowledged that it's poppier than past material. Was it a conscious decision to move in that direction? Are you possibly hoping to reach a bigger audience?

I was just hoping to make a different record than the previous and hope to keep that up with the next lp... It is for sure not a twee record but also isn't the punk jams of my past.

Are you playing songs like Wounded and There is No Sun live, and if so, how have people been reacting? (a reader-submitted question)

We are playing "There Is No Sun" but no "Wounded" yet. Response has been great! Slam dancing to a ballad!

One reader also asked when the prog record is coming.

Try some Lost Sounds for my pseudo prog stylings..

Meanwhile, in addition to putting out a new album, your zillionth on my last count, you started running your own Shattered Records label again. How has that experience been since you re-launched it earlier this year?

Well its still in kinda stealth mode right now but I got big plans for 2010 for the label...

And now, in addition to putting out his records, you manage Digital Leather too? How do you find the time?

The Oblivians were a big influence on you, and Eric Friedl of The Oblivians signed you to his label Goner Records when you were just a teenager. Did that experience inspire you to start Shattered?

I guess you could say that. I kinda modeled the label after Goner a bit...

In [the documentary] "Waiting For Something" [(watch it below)] you said you never wanted to be simply a rock musician, and that you aren't sure exactly what you want, but it's way bigger than even being a musician. You could say you're already on your way to achieving that dream by simultaneously running a label, being a manager, and being a musician (and maybe doing stuff I don't even know about). Has doing all this stuff helped you feel closer to that bigger thing yet?

Not really... I'm really always wanting more of something and being satisfied really scares me..its like a weakness to me...

You've publicly listed Devo as a big influence on your music. One reader asked whether the song Feeling Blank Again was especially influenced by them.

Not directly but the use of synths for sure.

Did you see that Devo are playing "Are We Not Men?" and "Freedom of Choice" in full on a November tour? Will you be there? What are your thoughts on the whole playing an album thing. Bruce Springsteen is actually doing it all this week in NJ.

Well I'm to busy to be there... But the whole playing an album thing always seems a bit predictable doesn't it?

Excited for the Pavement reunion? Thoughts on reunions in general?

Not a huge fan of this band. Do really like the videos though.

And before I forget, Har Mar Superstar says hi, and was also wondering what time Hamburghini practice was.

Ha - Har Mar rules. He almost killed me in LA last time I was around. Hamburghini stuff is top secret man!

Almost done. Wanted to say thanks for doing an interview with Brooklyn Vegan despite your love of eating meat ("So glad I'm not a vegan") and your current beef (pun intended) with Brooklyn ("Brooklyn shut up ! most of your bands all suck and you are total wanna bees ! The pains of being boring at heart ..."). Seriously though, I've read multiple interviews where you and TPOBPAH make nice to each other. Anything nice to say about Brooklyn to set the record straight?

Yeah Brooklyn has tons of great bands. People need to get a sense of humor I suppose. All hail Mike Sniper!

Speaking of beef (you know I had to), WAVVES or Black Lips?

Hmm you mean Jared or Nathan? I have known Jared since he was a teenager and have known Nathan for just a bit. I'm not taking sides but I buy both their records and music is what it's all about right?

(yes, I meant Jared or Nathan...) Thanks again Jay! Thanks everyone who submitted questions!

P.S. I could swear I read that Jay likes (his label-mates) Pavement.

Waiting For Something - a short documentary about Jay Reatard