by BBG with photos by Samantha Marble 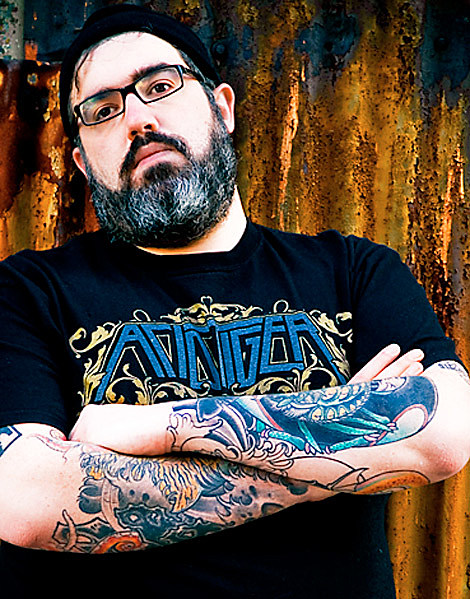 Rich Hall, aka 1000 Knives, is a NYC-based booker that is responsible for some of the most forward-thinking hardcore shows in NYC since he started working at CBGB in the early 2000s. After CBGB closed, Rich took a break, but has been back booking shows independently again for about a year.

During his career he's booked early shows by Isis, Botch, Daughters, The Red Chord, Blacklisted, and many, many more. Recently he put together the upcoming Disembodied show at Santos as well as the recent (and possibly final?) Burnt By The Sun show at Cake Shop (pictures here and here) which was a co-production with Brooklyn Vegan... a relationship that continues into the future as BV & 1000 Knives are proud to present three more shows together in January alone. Check out the list at the bottom of our interview with Rich... 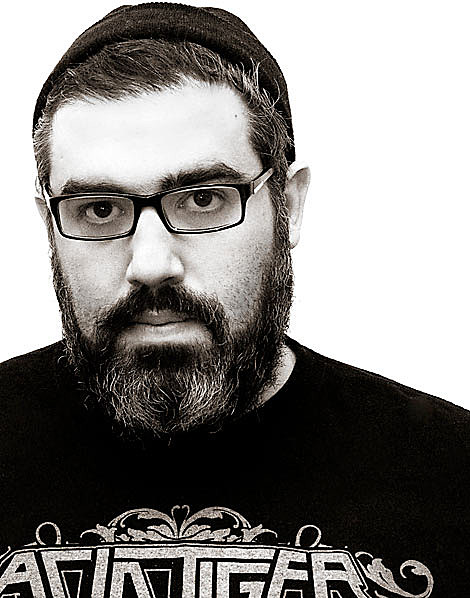 BV: One of your first bookings was in 1998 with Isis. You've booked quite a bit, both as part of CBGB's and independently. What goes down as your favorite production and why?

Rich Hall: You can always point out one but there's many many many bands that graced that stage that said "Wow, dude. You don't know how much this means playing here... and you did that for us. We owe you!" That's my favorite no matter what band it was. I think doing In Flames at CBGB's was one of my biggest metal shows there and being like "Whoa, this is a huge band, playing the club, for me!" That's when i knew that is was good. A few notable ones are: when Thursday played a birthday show for me, Q-Tip showed up to the club. In Flames played the club and it was HUGE, Napalm Death/Soilent Green/Isis was pretty damn awesome. And of course whenever Converge, Most Precious Blood, Botch, Dillinger or American Nightmare played. It was inevitable fun.

BV: You've toured with many bands as well. Any interesting stories surrounding that?

Rich Hall: Well one interesting story happened in 1999 when I was on tour with Black Army Jacket. We traveled all the way down to Tampa Bay where Dave Witte's family was staying at the time. So we were all stoked to go to a beach in the beginning of April. We never would have thought the sun would be so bad in April. By the time we left the beach all of the members of the band, Doug (he tagged along and did tech stuff) and myself were scorched. We went to a movie to try to escape the heat, but the next day we woke and all of us were burned up to a crisp. We had a few shows remaining and I was burnt so bad that i couldn't sleep and stood awake for the next three days doing merch and sitting up. I remember the drive home, all ten hours of it. When I got home I had to sleep in a sheet covered in aloe for 4 days and in front of the ac. Black Army Jacket broke up later that year and Dave, and John who were playing in BAJ decided to keep playing music together and formed a new band. They named it after our group beach experience. Burnt By the Sun.

BV: What were some of your favorite shows this year, that you didn't produce.

BV: What show turned you on to punk rock?

Rich Hall: Listening to records from Slayer, Anthrax and DRI. That turned me more and more into Black Flag and whatever T-shirt they were wearing... like "Whoa.. who's this band's t shirt that Mike Patton is wearing?" Sometimes it sucked, sometimes it ruled! Then going to school in NYC really took my musical taste for a turn... I was hanging out in the East Village more and more, listening to local stuff like Helmet and Quicksand, and then finding the subculture that these bands stemmed from. Pretty much going backwards to forward in some cases. Then it was all over with... I needed to hear/see every part of it, including going to every show possible to soak it in.

BV: As a booker, you always have to be on the lookout for the next big band. Who do you think has some potential?

Rich Hall: There's a bunch! you have Bloodhorse, Acid Tiger, Tiger Flowers, Wetnurse impressed me so much from the last time i saw them. Clean Teeth are awesome - be on the look out for them. Not having a permanent home like I used to for shows (CBGBs) makes me happy because I can try new stuff out and see what works via just having it in one place.

BV: Do you think that somewhere like CBGB will ever rise to prominence again?

Rich Hall: No, because it'll probably be sponsored by some energy drink or a cell phone company and lose whatever freedom it was trying to make for itself in the first place. I'm glad it's gone and did it's job. Because trying to relive the dream it once had would just be a nightmare.

BV: What was your first show?

Rich Hall: I was 11, it was Poison, Warrant, and Winger @ Nassau Coliseum. Me and my cousin didn't have anyone to take us and for sure we weren't going to go to the show alone, so we begged my older sister to take us. She had the flu and championed on to sit through us rocking out the entire evening.

Thanks Rich! Check out some of these....