photos and interview by Keith Marlowe 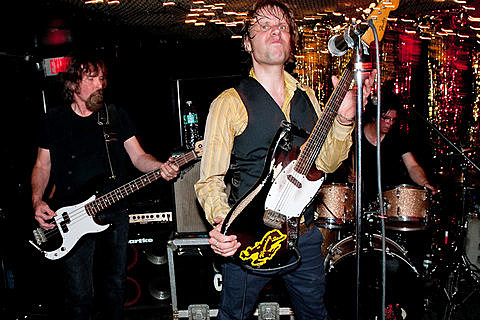 The recently reunited Chrome Cranks played two shows over Memorial Day weekend - Friday at the Cake Shop and Saturday at the Knitting Factory. I went to, and photographed, both. Unlike last year's reunion shows, the bands first since 1998, this outing featured many new songs which will be on an album the Cranks are recording this week. I had a chance to talk with William Weber and Bob Bert before their Knitting Factory show.

The Chrome Cranks first formed in Cincinnati around 1988, consisting of frontman Peter Aaron and William Weber on guitar. Weber recalls, "We tried playing with a lot of people, but we never had a line-up that jelled. We wanted to be a really swampy, raunchy band with a raw noise element and it just never came together." In 1991 Weber moved to New York City and Aaron moved here soon after. They added bass player Jerry Teel, from the Honeymoon Killers, and finally Bob Bert, from Sonic Youth and Pussy Galore among others, on drums.

pics and interview continued below... 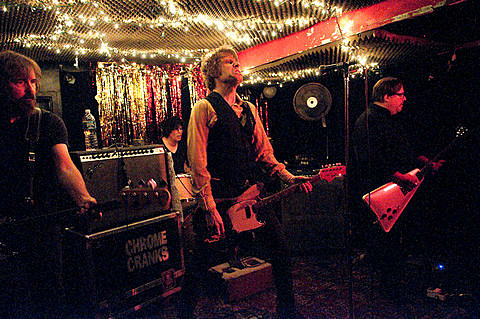 They toured North America and Europe constantly and released five albums until they dissolved in 1998. Weber described the break-up as the result of, "wanting the band to move in different directions, being tired of touring, tired of each other, and generally us just not getting along." In 2007 Atavistic Records released Diabolical Boogie, a double CD of demos, rarities, and videos. Around this time, Aaron contacted the other band members and asked how they would feel about playing together again. They agreed, resulting in three shows last May, one in Kingston, NY and Manhattan and Brooklyn. The Cranks also headlined the Nuits Sonores festival in Lyons.

The renewed interest in the band, the rabid audience reaction, and the fact that they all enjoyed playing together again has led to them writing new songs, playing these shows and preparing to record a new album. When asked how it feels to be writing/playing together again, Bob Bert says, "It's surprising. I hope this will be the definitive Cranks record. It's a bit of a crash course, with Bill only up for a couple weeks." (Weber is the only member that doesn't live in NY, having moved back to Cincinnati after the band broke up.) 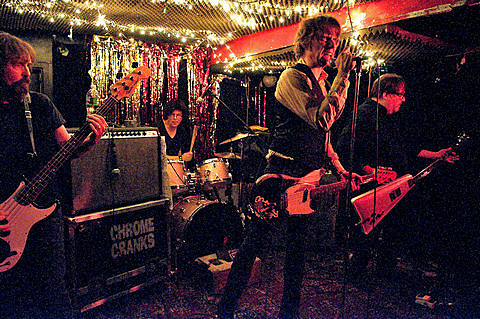 Weber describes the writing process as, "Pete comes in with an idea, and we trash it out, tape it on cassette." I asked if it feels weird to be writing new songs after 11 years, and Weber answered, "It's been really natural. We played together a lot, "' Too much' interrupts Bert, laughing, "but it feels like we just picked up right where we left off. It's been a lot more fun this time. There's no pressure, and we've been making money, that never happened in the 90's." 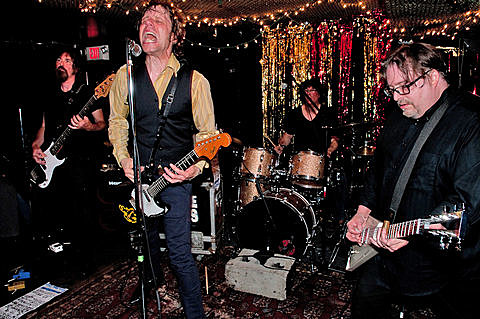 Because Weber lives in Cincinnati, the band had only played some of the new songs a couple of times before Friday night, but it seemed like they had been playing the them for years. I saw all three of the reunion shows last year, and the band blew me away. They are one of the best live bands I've ever seen, with Aaron howling, sneering and spitting through the songs, often smashing his way into the crowd screaming and flailing on his guitar, while the rest of the band delivers a crushing rhythm with seemingly effortless power. 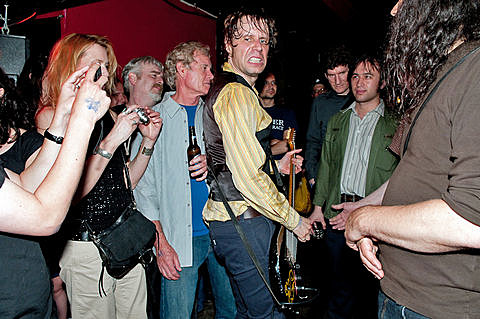 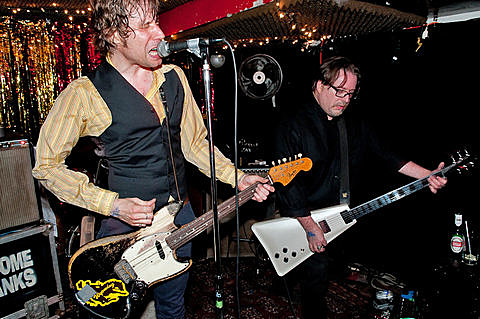 Friday night, after sets from the K-Holes, Electroputas, and Hollerado, the Cranks took the stage at Cake Shop to a packed, sweaty crowd, some seeing the Cranks for the first time, others who remembered them from when they played in the 90's, to a much different New York City. The band did not disappoint, and watching them deliver some of the most raw, stripped-down, desperate, rock'n'roll ever played, it seems impossible that mainstream recognition still eludes them. At that show, some guy, for reasons that completely escape me, decided to take his shoes off. Unsurprisingly, he managed to get a large chunk of glass in his foot, and he proceeded to leave giant, bloody footprints all around the stage, and decided to leave his bloody mark on the Cranks set list, which only added to the feeling of danger surrounding the band's songs. 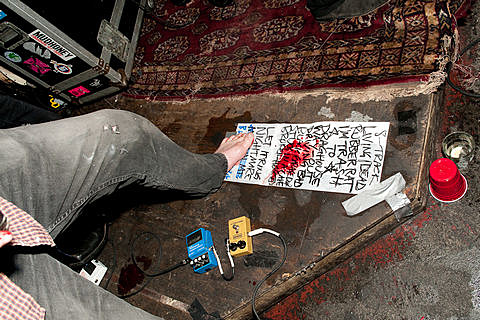 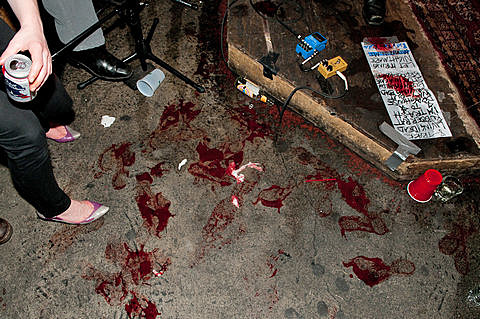 Saturday night at the Knitting Factory saw Aaron pacing the edge of the stage like a caged animal, until he finally shed his guitar and jumped into the crowd for a version of Down So Low that morphed through the Doors and Van Morrisson, ending the set and leaving the crowd screaming for more. For an encore openers Thalia Zedek and Clockwork Mercury joined the Cranks onstage for a 15 minute cover of Flipper's "Sex Bomb" that ended with Aaron whipping his water-bottle over the crowd. 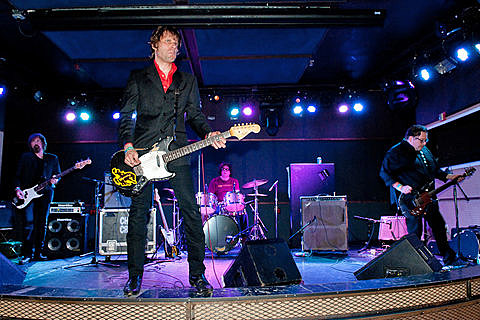 After the show I talked to longtime Cranks fan, Ryan Skeletonboy, whose band Woman, opened for the Cranks at their Glasslands show last May. He recalled, "I saw the Cranks open for the Cramps at CBGB's in 1993. Peter had this silver shirt on, and he was playing the guitar so violently that the strap was just shredding his shirt until it just looked like a pile of tinsel. It was my first experience with them, and I've been hooked ever since. They just keep getting better and better, and they keep rock dirty." Also on that bill was the band Come, who featured opener Thalia Zedek. 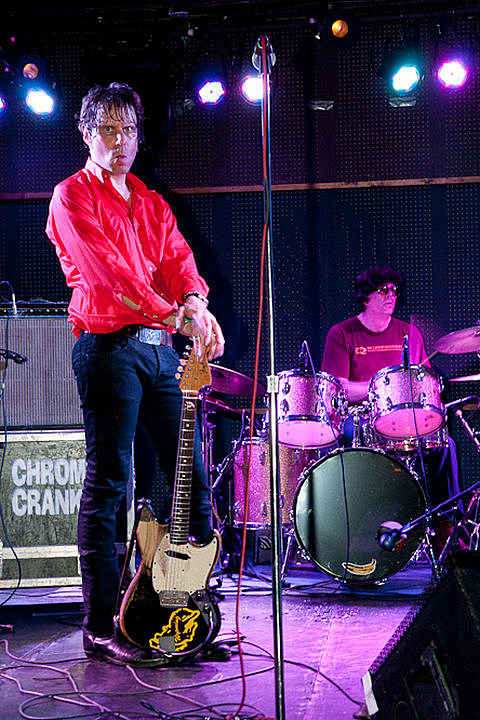 Friday I found out Aaron had a bad case of laryngitis, and was saving his voice for the shows. He communicated by giving thumbs up/down, and after the show Saturday he was still too hoarse to talk much, so I conducted the following interview with him via e-mail Sunday afternoon...

How does it feel to be playing/writing songs together after an 11 year break?

It somehow feels extraordinary and completely natural at the same time. Which is utterly baffling to me. William lives in Cincinnati, so to get him up to speed on the new tunes I kept mailing him cassettes of me working them out in the rehearsal space with Jerry and Bob-that's right: I'm a total luddite, no mp3s; gives me headache, thinking about learning to use another new piece of technology. And the first thing he said was, "It sounds like we never stopped." 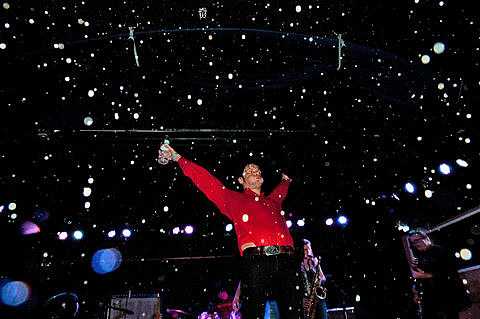 Had you been writing songs during this time, thinking that they could be Cranks songs, or are all the new songs written after you guys started playing together again?

Not at all. I pretty much swore off playing entirely until we did those reunion gigs last year. We worked up one cover for those gigs ("'50s French Movie" by Carrie Rodriguez), just to have something new, but otherwise it was all golden oldies. I only started writing the new tunes about eight months ago, something like that. 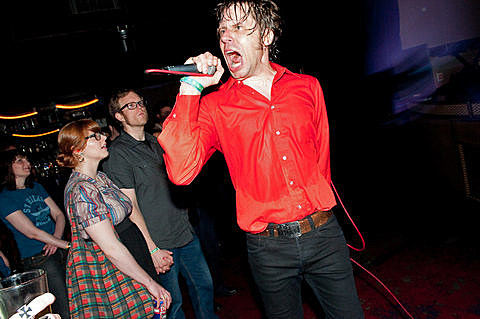 How did the rest of the guys react when you called them and asked about playing some shows?

Well, I more or less put it out there like this: "How do you guys feel about just doing a couple of shows-not making a career of it or anything like that, just for fun?" And right away everyone said, "Sure, that would be cool." Which was incredibly humbling, and made me feel very, very blessed.

The new songs really sound like classic Cranks tunes. How is the song writing process the same/different from back in the 90's?

That's great to hear. Given that I've absorbed a really broad scope of different types of music since we stopped playing in 1998, before we started working on new stuff my dilemma was of being overly conscious of coming up with stuff that strikes a balance between being evolved and being of our style-without coming off as being affected. Ultimately, I just surrendered to nature and let the shit write itself. Which is, of course, the best way to do it. (Duh.) 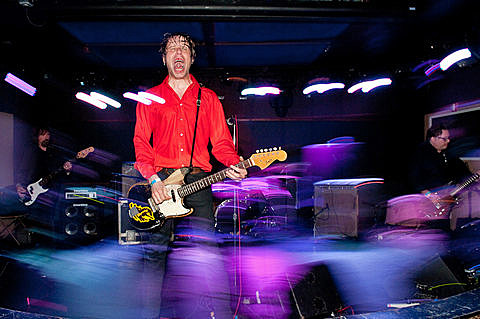 What kind of plans, if any, do you guys have after completing the album? More shows, a tour, etc.?

Right now, the plan is simply to make the record and shop it as a complete package to labels. But we've always done well overseas, so we'll see if something comes our way that's financially and logistically viable. If not, oh well. 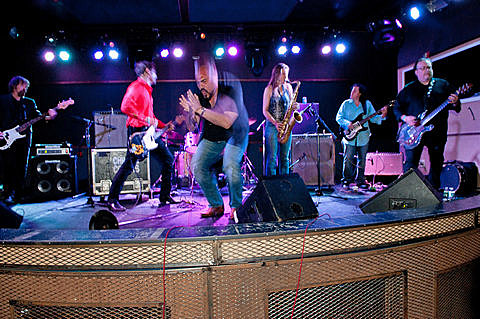 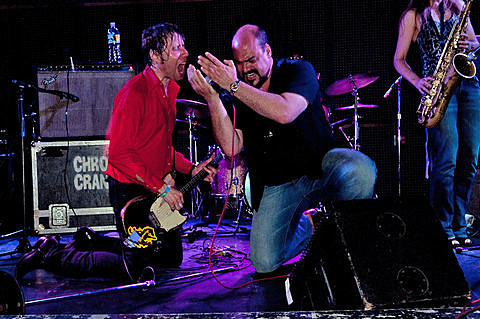 Given that you guys went years without really speaking to each other, what is the chemistry like now?

Fun and amazingly lighthearted, if you can believe it. Actually, it's really beautiful. And, again, humbling for me. Speaking for myself, I constantly felt like I had to live up to some kind of archetype-both on and off stage-the first time around, which made the vibe inside the band really heavy and, understandably, drove everyone nuts. I would've hated me back then, too, haha. So I feel very blessed, and nowadays I just try really hard to be a good person. We're in touch with each other all the time with e-mails, Facebook, etc., and it's a blast. 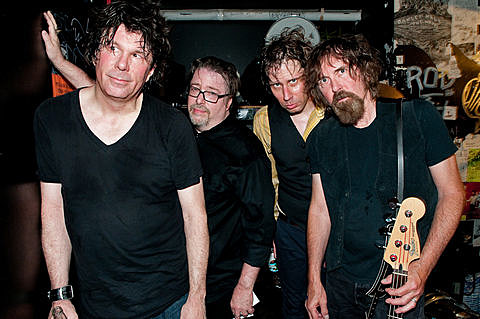 What are some of your most memorable Cranks moments from over the years?

The whole experience of the reunion gigs last year were amazing, like living in a dream. Especially playing to thousands of people at the Nuits Sonores festival in France. But that Cake Shop gig we just did was one for the books: This drunk, cross-eyed English guy came up to us before the encore and asked if he could sing a song with us. Believe it or not, he was walking around barefoot-in a bar, in New York-and of course he stepped on some broken glass and immediately started gushing blood everywhere. He walked on stage before someone (we hope) took him to the hospital, and left his big, bloody footprints on one of our setlists.

Blood on the setlist. There's a metaphor in there somewhere... 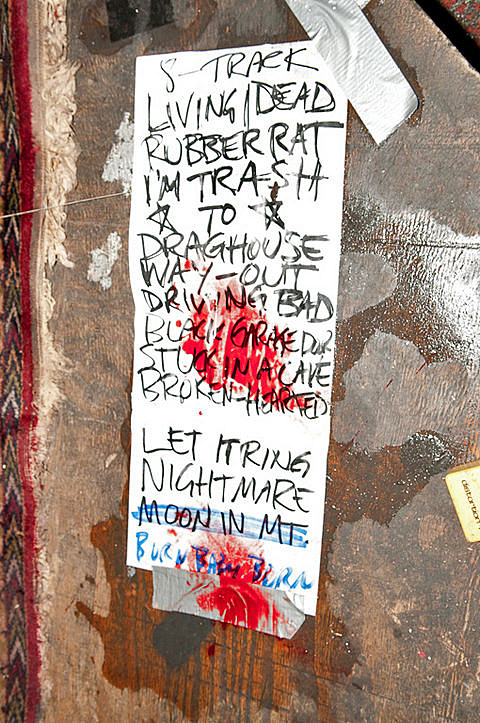 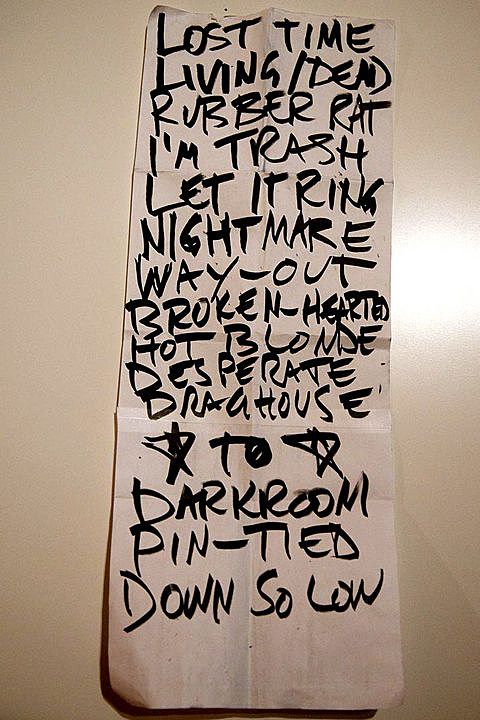