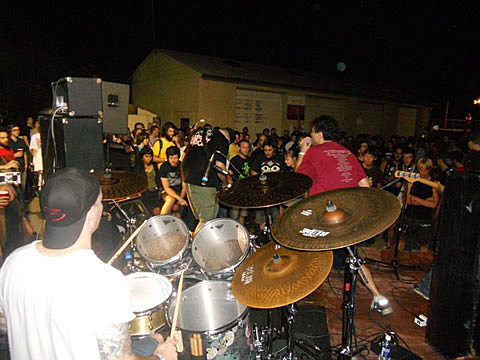 After a return to the stage at Best Friends Day 2010, Black Army Jacket are readying to play Cake Shop on SATURDAY (9/4) with the newly added Tombs (!), Defeatist, Concrete Cross, and Grown Ass Men (ex Phobia, Wheelbite, Stop It!). The show will be the first for the band in ten-plus years, and as such, we cornered bassist Carlos Ramirez to ask him about the return of Black Army Jacket, some of his fond memories from that time, and possible plans for the future....

How did the return come about?

We were actually trying to do a reunion last year, for the Chainsaw Safety Records anniversary. Things got complicated with all of the scheduling, so it didn't work out. It's tough with our schedules and the geography of things. I live in L.A. now while Andrew and Rob live in NY, and Dave's in Virginia. He's also really busy with Municipal Waste. The 4 of us have wanted to play together again for a couple of years. The first reunion show - at Best Friends Day in Richmond, VA - was a lot of fun! We were a bit rusty in some spots, but that was to be expected. I took a redeye from LAX to Richmond, and the guys picked up from the airport. One hour later, we were practicing in Municipal Waste's rehearsal room. That was the first time I played with the guys since 1999. The show was that fucking night!

What is the reason for the reunion?

To put it simply, fun. I love seeing the guys and playing this kind of music is such a rush. Besides, any time you have a chance to play with a drummer like Dave, you do it.

What are BAJ's plans for the future?

I would love to play a couple of West Coast shows. But nothing has really been discussed. 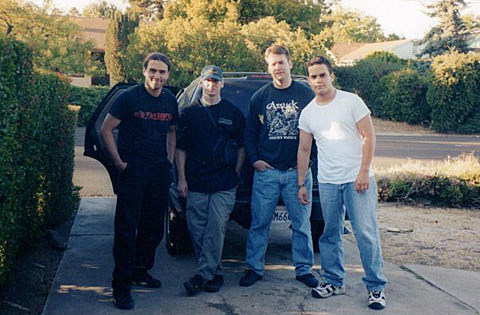 What were your thoughts on Best Friends Day? The vibe? Who was your favorite performance?

I was only there for the day we played and it was a lot of fun. I couldn't believe how many people were there. But the main thing that stood out to me was the positive vibe. People were walking around with tall boys of PBR, yet there were no fights or any other issues. Tony from Municipal Waste helped put the show together, and he did a fantastic job. They had food vendors, a half pipe with BMX'ers, and even a mechanical bull! Everyone I met there was great. The security was even nice!

Lemuria played with us, and I was really impressed. They reminded me of bands like Superchunk, Velocity Girl and The Lemonheads. I found out that they have an album coming out on Bridge 9, so expect to see them around more.

If you could pinpoint a show that you played in your first go around that you would classify as your favorite, what would it be and why?

The Milwaukee Metalfest in 1998 was my favorite BAJ show. We were lucky enough to be close with the Relapse Records guys, and they had us on their stage. The day we played, Brutal Truth, Dillinger Escape Plan, and bunch of other cool bands shared the stage with us. I also remember walking around and seeing some of the bigger metal bands. As a huge King Diamond fan, it was a thrill to see Mercyful Fate that day. 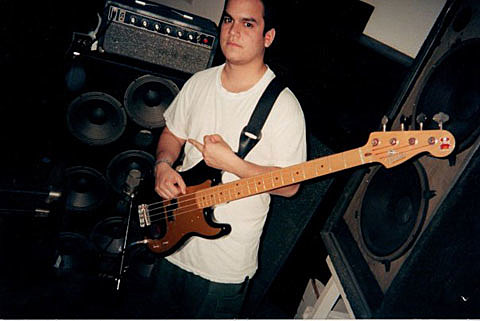 How would you classify the comfort level that exists between yourself and the other members, musically? Did it take a few practices to get that rhythm back between you?

We all come from similar backgrounds, in terms of the metal and hardcore side of things, so that's never been an issue. But with me in L.A., I didn't get to practice with the band till the day of the first reunion show. That was really tough, but I think we pulled it off. Luckily, the other guys rehearsed twice, leading up to that. The blast parts are tricky, for obvious reasons, but my picking hand got looser as we played.

Are there any plans to re-release any material on vinyl? Closed Casket or any of the individual pieces?

Not that I know of. I know we still have vinyl left of the 222 album. We'll have some at the NYC show. I'm not sure if anyone is planning on reissuing the other stuff. But if any labels are interested, they should definitely hit us up!

What band from that era would you most want to see again and why?

From that era and world, I would have to go with Assuck. They were far and beyond the best band in our scene. Whether it's with Paul singing or Steve, they always killed it! We played with them once, and they were so freaking tight! I wish they would get back together and play a few shows. I think a lot of the younger people into this kind of music would jump at the chance to see Assuck live. 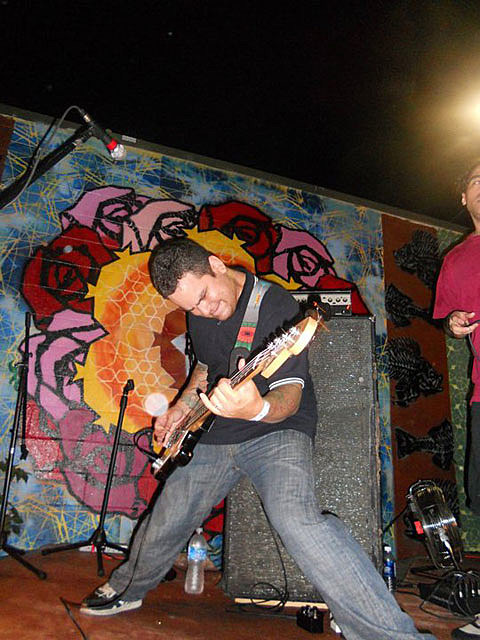