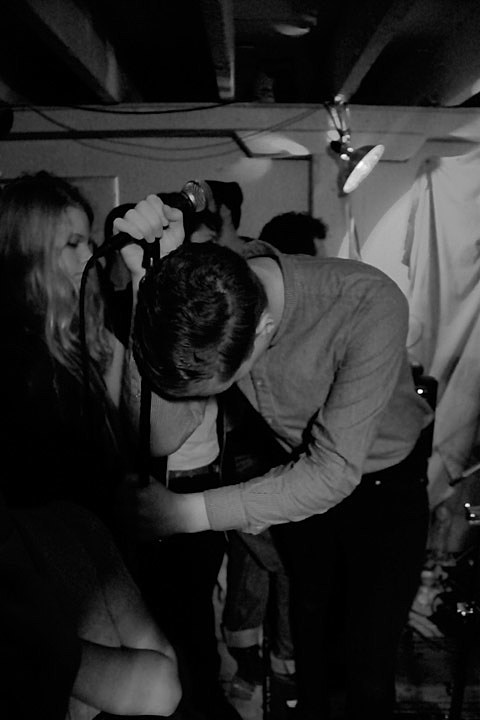 Momentum is king in the music world, and Deafheaven has it in spades. It began with two guys and eighty-five dubs to cassette, the result of which was the Deafheaven demo (streaming below and available for purchase at their Bandcamp page), a combination of classic screamo and pensive black metal that lit up the underground. Labels came calling and the San Francisco band teamed with Deathwish Inc for a limited release of tracks from the demo, as well as their forthcoming LP.

While a great demo is one thing, it doesn't always indicate staying power. Fortunately Deafheaven's new LP Roads To Judah is cut from a similar cloth, featuring another four tracks of pummeling and emotionally-tinged black-metal colored with sheets of post-rock. Check out the first song from the highly anticipated new LP, "Violet", in an edited form (for the first time anywhere), below. Look for Roads To Judah on April 26th via Deathwish Inc.

Deafheaven is hitting the road in early March and is scheduled to play two Brooklyn Vegan events - one still TBA, and the other is the previously mentioned BrooklynVegan/ProfoundLore Day Party on March 19th at Lovejoys along with Tombs, Wolvhammer, Castevet, Dark Castle, and a host of others. In anticipation of those shows and Roads to Judah, we sat down with George Clarke of Deafheaven to ask him about his band, the new LP, and the infamous demo. The results of that discussion, along with the stream of "Violet" and all tour dates, are below. 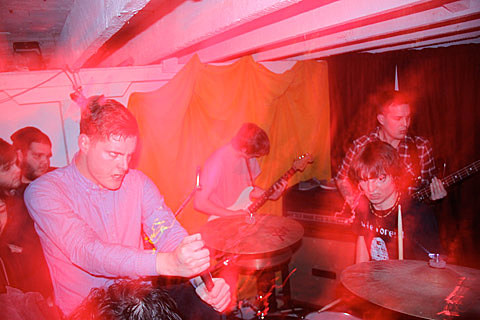 Deafheaven. Who are you?

Deafheaven started as a project between me and our guitar player, Kerry. We demoed four songs on our own without any intention of doing anything with the material. After sending the demo out to a few blogs that we liked, we started getting show offerings. Deciding it would be cool to play some, we got some people together who were like minded and enjoyed what we were doing and played our first show on July 29, 2010.

Is Deafheaven your first venture with Kerry?

Deafheaven has turned out to be our first 'real' venture. Of course, we've all been in smaller, local bands, but nothing that ever gained enough attention to have them be noteworthy. Kerry and I have played music together for years and have done some minor, self booked touring here and there, but the Deafheaven demo is our specific craft. A project that, for the first time, was ours and ours alone.

How did you arrive at Deathwish, a predominantly hardcore-leaning label?

Deathwish came at us after seeing the demo on a few larger blogs and initially asked if they could release a physical copy of the demo. At that point, we had already started writing music for another release. When we asked if we could go that route and release new material through them, they agreed. It's not the first choice you'd expect from a band with our sound, but both parties are open minded and so far, it's been a great experience.

Are your roots in the hardcore community or more metal-leaning? What are some of your influences?

We all have various backgrounds in music. No one has ever been strictly into 'punk' or 'metal'. Some of us come from a softer musical background, while others have been into mainly aggressive music for a long time now. 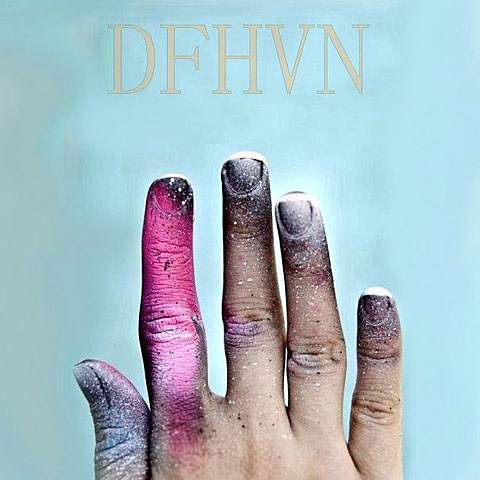 The demo was really well-received and half of the tracks appeared on a rare 7" released by Deathwish. Are there any plans in the works to release the entire demo outside of the cassette release and the digital?

We are still very happy and appreciative of the reception the demo has received, but right now, we have no intention of releasing any physical copy of the demo in full. We are completely focused on new material.

Was the live lineup involved in the making of Roads To Judah, or was this again an effort between yourself and Kerry? How much has bringing your original vision to the stage influenced the new material?

The live lineup certainly impacted the writing of the new record. When we initially sought out other musicians, the top priorities were finding people who were like minded, had the same vision and focus, and of course, had the ability to play what we wanted. We definitely found that. Kerry still writes a lot of the music and I still have my input and approve of what's being played, but Deafheaven is no longer a project between Kerry and I. It is the five of us.

I've read that the Judah in the album title is a reference to is the "N Judah" train on the San Francisco transit system. How much has the city influenced your music, whether that is as a city, or some of the highly influential black metal that has come from it?

The city has a huge impact on our music. The weather, scenery, people, and experiences within. Our music directly reflects our time spent here. Of course, we're lucky enough to live in an area with such a fertile music scene filled with open, forward thinking musicians as well. Surrounding ourselves with that support has helped drive us to continue what we're doing. 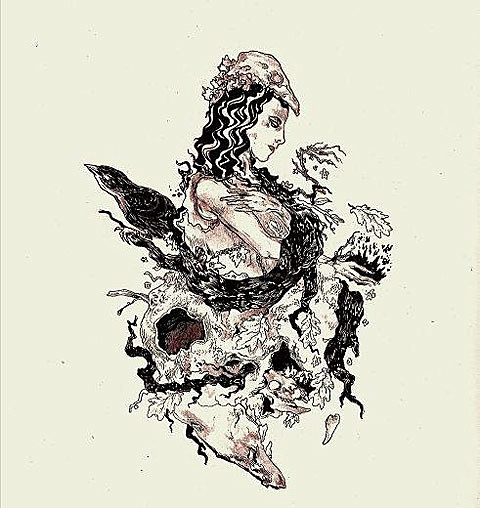 What are your plans for the coming year? East coast tours?

For the coming year, our tentative plan is to release the record and tour on it as much as possible. We'll be coming to the East coast this Summer. Hopefully we'll be making multiple trips.

This is really difficult. First off, the venue would be The Great American Music Hall. It is hands down my favorite venue in my favorite part of San Francisco. Being able to see these bands in a fairly intimate setting like that would be remarkable.

1. Morbid Angel - When I was 12 years old, they were a part of the first 'concert' I ever went to. I didn't know who they were at the time, but Pete Sandoval nearly tore my face off and I remember thinking that Erik Rutan had the longest hair I'd ever seen. I went out and bought Gateways to Annihilation the week after the show and it is still one of my favorite albums ever. Most people prefer their older material, but for me, they would play the entirety of that album for this show.

2. The Smiths - Reunion! I saw Morrissey a few years back and it was one of the best shows I've ever been to. Hands down, he is the definition of a performer. Plus, getting to see a band you've been listening to for nearly ten years would be flooring.

3. GY!BE - Not only a huge influence on our music, but also because when they recently played San Francisco, I had something come up and was unable to watch them. Hearing everyone brag about it wasn't fun and neither was giving away my ticket.

4. My Bloody Valentine - GY!BE and MBV are sort of together in this as they are a huge influence on our music and being able to see them in a live setting (ear plugs required) would be fantastic. A personal motive would be getting to sit with Kevin Shields and Efrim Menuck, have a drink, and pick their brains.

5. Elton John - He would definitely headline. I've had a borderline obsession with the man for years now and actually had the chance to see him a few years ago, but was scheduled to be out of town when he played. Some time during his set, Peter Steele and Phil Anselmo would come out and the three of them would do weird, ensemble renditions of Christian Woman and Shedding Skin.

Word association, tell me your first thought that comes to mind:

Just thank you from Deafheaven as a whole for this and to everyone who has taken interest in our music. It's all very unexpected and appreciated.