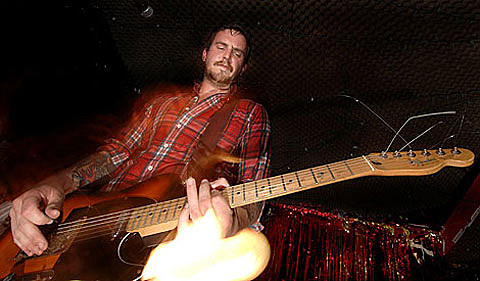 Always evolving on each LP is what Young Widows does best, and the Louisville trio is prepping to release their latest creation In and Out of Youth and Lightness for Temporary Residence Limited. Preorder the LP now via the label (it drops 4/12). Download "Future Heart" from the new album now for free above. The song also rears its head on a limited 7" with non-album track "Rose Window" which you can also download above.

Ever the road warriors, Evan Patterson & the boys will hit the pavement for a string of US dates with the also awesome My Disco (who toured with them previously) that will include dates from coast to coast, and one NYC show on May 7 at Union Pool with Xaddax (ex-Dazzling Killmen). All tour dates are below, alongside a brief chat with Evan about the direction of the new LP and its influences...

With Young Widows each record is different than the last as far as possible inspiration, influence, etc. What were you listening to in the creation of the new LP and how has that shaped it's direction? Seems that goth, possible Nick Cave/Birthday Party looms heavy.

Evan Patterson: The new album is heavily influenced more by darker music, classic rock, 60's folk, early blues, and a lot less modern rock. All past influences are still apparent, but I really took the time to find my voice during the recording and that alone alters our sound tremendously. I've been fan of NIck Cave's music for years and he always seems to be creating something inspiring. The band Crime and the City Solution was a huge influence on me between Old Wounds and In and Out of Youth and Lightness. Mick Harvey was in that band, who was also in Birthday Party and Bad Seeds and now is on the new PJ Harvey album. I discovered the Crime and the City Solution album Shine toward the end of my marriage and it really was all I could listen to, there's something about being depressed and listen to depressing music that gets you past your problems.

I started collecting obsessively vinyl around this point in my life and listen to music became even more of an event for me. I got caught somewhere between the Beach Boys - Pet Sounds, Crime and the City Solution - Shine, Leonard Cohen - Old Ceramony for New Skin, Pink Floyd - Animals, Bill Callahan - Sometimes I wish we were an Eagle, Smog - Rain on Lens, John Lee Hooker, Captian Beefheart - Spotlight kid, Judas Priest - Rocka Rolla, Angels of Light - We Are Him, and tons of other gorgeous records. 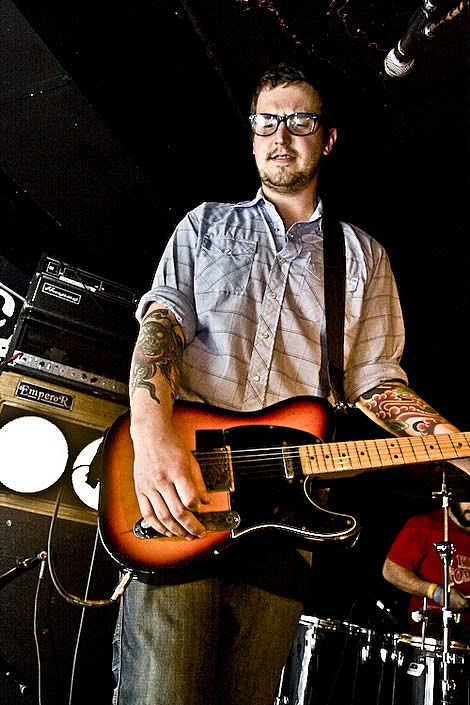 Old Wounds was created primarily on the road. How did your perception of the final product of Old Wounds inform the direction of the new LP? What did you learn/would you change from previous LP?

Old Wounds was recorded with such firm guidelines that there wasn't much room for experimentation in the studio. At the time that was extremely frustrating, but the cut and paste concept was experimental enough on its own. My original idea was to do the entire record live from the road, but every song would be from a different set. On Old Wounds I would have spent more time on vocals and possible more time writing the music. Jeremy, our drummer, was only in the band for 3 months before entering the studio. Now Jeremy has been with us for over 2 years and he has a huge part in the writing process. On Youth and Lightness we spent 6 days just on vocals and Old Wounds we spent one day. There are no regrets because we did things differently this time around. The point of all this is to constantly progress and not to fall into patterns.

You are now three LPs into Young Widows, and closing in on 10 years with Breather Resist/Young Widows. Who is an artist that you admire as far as longevity is concerned?

Do you feel like Young Widows is enough of a creative outlet for Evan Patterson? Do you ever feel the need to workout your own material outside of the confines of a trio?

I don't really think about the band as being too much or too little of an outlet. Depends on the day. Having a couple more members would be nice, but dealing with schedule conflicts of three people is more than enough. 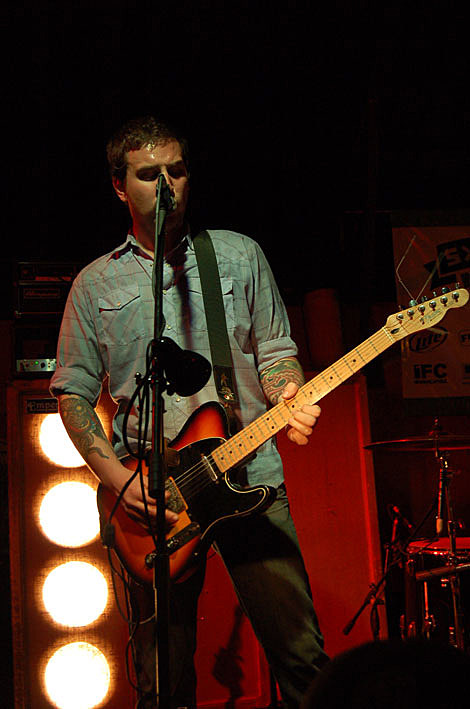 For the tour, you enlisted My Disco to join you on all dates. What are some of your thoughts on the band?

My Disco is one of the best bands in the world right now. They are creating new music that hasn't been touched to the extent that they have taken it. They are the future of rock.

Thanks to Evan, Trevor, TRL, and Young Widows.