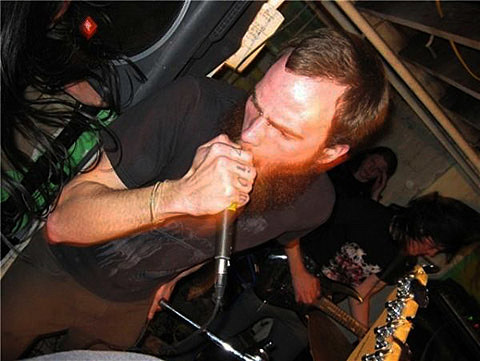 Earlier this year on the strength of some myspace tunes and the fantastic album art, I picked up the debut LP from DC band Ilsa. Their logo font indicated a nod toward classic explotation film, and the music was right up my alley: raw, crusty, steamroller doom and roll. Taking cues from greats like early Celtic Frost/Hellhammer and Winter, Ilsa's "Tutti Il Colori Del Buio" is highly impressive and as a result the limited edition vinyl LP (250 copies) was all snatched up quickly.

The album is out now on CD though, via Dark Descent, and you can stream the opening burner "Blood Rituals" below. The band will be hitting the road for a string of dates with Hooded Menace and Anhedonist which will include Union Pool on May 31st with Negative Plane (tickets).

We sat down with Joshy, the drummer of Ilsa, to discuss the new album, the DC/Baltimore scene, and the origin of their obsession with film. 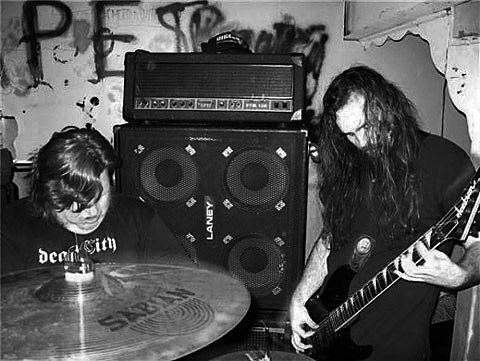 Who is Ilsa? What is Ilsa's genetic makeup (band members, where from, older bands)?

Brendan, Orion and Joshy all played in Time of the Wolf, which was an unpopular Satanic thrash/black metal band. Their guitar player Dylan punched a window and severed four tendons in his hand, which forced the band into hiatus. Ilsa was started as something to do while Dylan was healing up; Brendan had been interested in playing guitar in a band, and friends Sharad and Garrett were recruited for bass and guitar duties. Like alot bands from DC, most of us actually inhabit the surrounding wasteland suburbs of Maryland.

After playing for years, and self releasing records, an old friend of ours named Dan offered to do a small pressing of "Tutti il Colori del Buio" on a label he was helping to start called Contagion Releasing. Never considered a limited release, we were happy to have anyone interested in helping get the album out, and after the success of the initial pressing, Contagion put us into contact with Matt and Dark Descent. Contagion is in the process of a second pressing, and as long as we can keep any of our music in circulation, we will. The album is also available on any number of blogs. Limited pressings or attempts to create hype through inaccessibility are not in our interests. We don't particularly like our demo, "The Maggots are Hungry," so we don't have current plans to do anything with it. 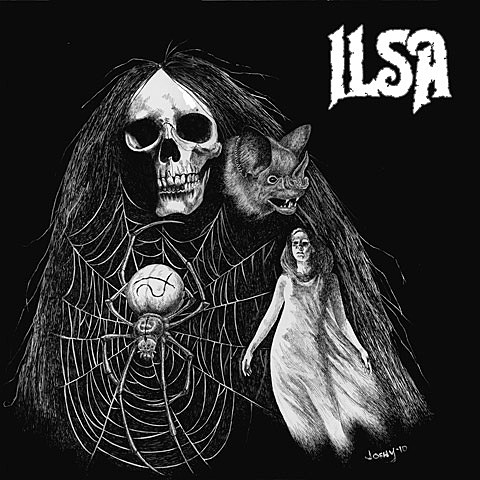 Who handled the mechanics of the LP (production/engineering/etc)? How did what you heard on your previous release influence the direction of the new material in either a content perspective, or a production/recording perspective?

Brian DePuy, who has one of the prettiest faces we've ever come across, recorded the album in his garage last May. After being dissatisfied with the sound we'd gotten on the demo, we were blown away by the disgusting recording and mastering he provided. Initially only conceived as a cd release, we had no plans for re-mastering until Dan put us in touch with James Plotkin, who enhanced the filthiness, giving us an even more stripped down, bare bones sound. As far as any influence for new material goes,we never learn from our mistakes, and don't tend to reflect on our previous releases.

You are heading out for a pair of dates with Hooded Menace / Anhedonist in around MDF and Chaos in Tejas. Give me some thoughts on Hooded Menace (who you will share an upcoming split with) and Anhedonist... how you first came to hear them and what your thoughts on their output.

We're totally psyched to be playing with both of these bands. We've known Dan from Anhedonist for many years, and playing with his band is going to be great. We were really surprised when Hooded Menace found us to see if we wanted to play these shows, in fact we started planning the shows with them before we started thinking about doing a split. Even though it's just a couple of dates, being able to play with two such awesome bands is a real honor, especially since this will be our first real "tour" we'll be doing. 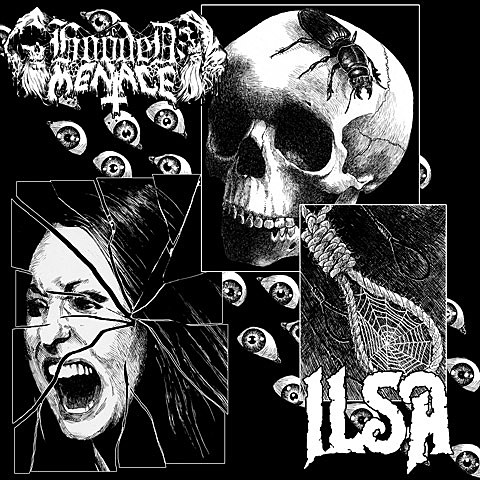 DC/Baltimore obviously has a rich musical history between its hardcore and metal scenes. What is the current heavy music scene like?

Even though bands like the Obsessed and Pentagram came from around here, D.C. hasn't really been a very metal friendly city lately, although that's changing. As far as hardcore goes, of course there's always been and still is a fairly strong scene going. Unfortunately the metal and hardcore kids don't seem to mix too much around here for whatever reason. We don't really have a lot to do with the current hardcore scene, although we've all played in bands in the past that could have been considered part of that melieu.
As far as local heavy bands go, Revolta, D.O.C., Extermination Angel, Oak, and Sacrum are all bands that we've played and are friends with, and there are constantly new bands forming and breaking up all the time, which i guess is healthy for a local scene.

Between your band's name (which is clearly influenced from Ilsa She-wolf of the SS), your album title (a Sergio Martino film) there is definitely a strong cinephile vibe. Are any of you film nerds, and if so, what was a film that turned you from regular film consumer to a full-on geek?

No we are not film nerds. We are all cool. We do love movies though. It's hard to say what movies turned us into geeks, but as far as what we like, you can't go wrong with Michael Haneke, Lars von Trier, Gaspar Noe, Mario Bava (and all the Italian filmmakers he inspired), Allejandro Jodorowski, Coffin Joe, and a ton of others. Movies are as important to us as sex drugs and rock 'n' roll, and maybe more important to some.

What's next for Ilsa? Any new recordings, etc?