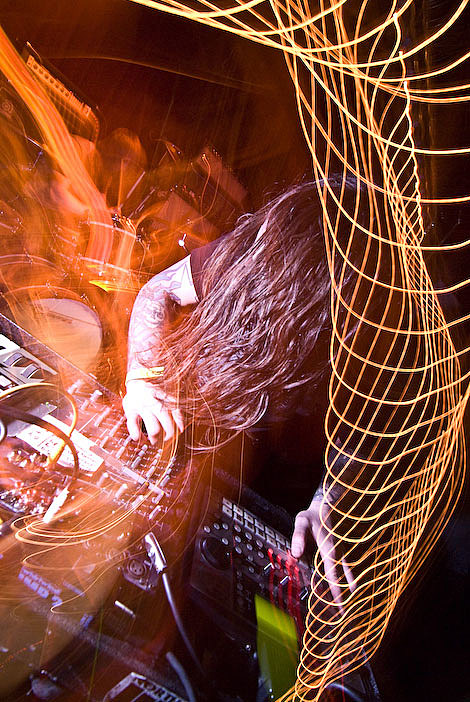 Let's be honest, Battlefields have never been one to keep it short and sweet. Over the course of their recording output, the Minnesota band always crafted longer, Yes-style sludge-epics with multiple movements. many songs clock in above the double digit mark. On their latest EP Agassiz, the band have not only undergone a lineup shift, but an entire facelift as well. The sludge-prog epics have been replaced with shorter nuggets that touch on black metal and doom rooted in hardcore. The change isn't just fitting, it's flattering.

It might be somewhat obvious to call Agassiz their most focused release yet. but what isn't so obvious is the record's playability. At a taut and easily digestible 28 minutes, Battlefields have created six short and extremely well-crafted "pop songs" that are loaded with memorable riffs that never hang on too long (the number one offense commiteed by "epic" bands). This is definitely a record that will warrant repeat listening and may even end up on a few year-end lists; this new direction is definitely a welcome one. Check out two new songs from Agassiz (out in October via Init Records), "Manitoba Winds" and "An Entire Epoch", below.

We cornered drummer Rob Schmidt and vocalist/noise technician Rusty Steele about the concept behind the record, the new lineup/direction and what is in their current rotation that might give the average metal fan a case of the sadface. The results of that discussion, the song streams, and the Seldon Hunt art are all below.

Agassiz is your first record without guitarist Andrew Wallin. How has the song-writing dynamic changed since the departure?

Rob Schmidt: He was a main contributor to everything we have done up to this point, so, it has changed drastically, to say the least. On the last record, it was a very group oriented process with every member present during every session and all the parts being predetermined once we hit the studio. This time around, our new guitarist, James Kreager, and I had most of the songs shelled out and demoed in a basic form prior to anyone else in the band even hearing them. We even ended up finishing some of the writing while we were tracking. Basically, we wanted the song structure to be focused, and that can't always happen with four or five people in a room. Everyone brought their strong points to the table once a good base existed, and, for those to shine, there had to be a vision of the final product driving every piece of the puzzle. 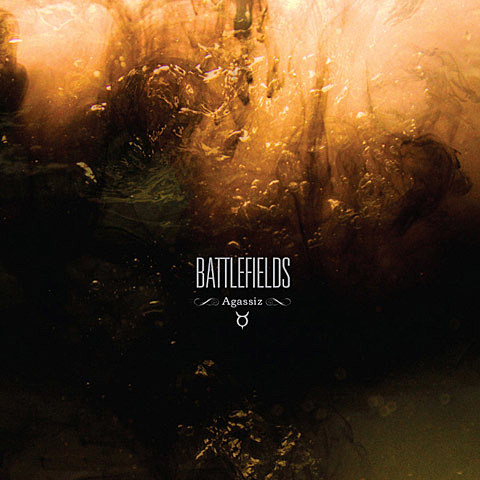 The first thing that I notice with Agassiz is the brevity of the songs and their structural components. Everything is more compact, whereas before your songs were consistently hovering around the eight minute mark, with some of the longer tracks venturing to thirteen minutes and beyond. Now all six tracks are around 4 to 5 minutes. Was this a conscious decision, and if so what was your thought process?

Rob Schmidt: Everyone involved with this record was tired of long-winded music. We'd heard the same record over and over from every sludge/post/doom/etc metal band coming out of every music scene in the country. I mean, who has the attention span to sit through that kind of self-indulgent nonsense anymore? Don't get me wrong here, all music is art in some way, but we wanted to concentrate more on the music and less on the art side of the equation. Also, it's more fun to be able to play 6 upbeat "songs" in a live set than it is to play 3 "movements", and we wanted to excite people with a new direction.

The title of the record seemingly refers to Lake Agassiz, a glacial lake that existed in the Midwest tens of thousands of years ago. How did the existance of the lake inspire the creation of the EP?

Rusty Steele: Much of our past concepts fell between the lines of the loss of ancient knowledge, global cataclysm, old world ancestors dying out and a rebirth of a much more cruel new world, chock full of religious manipulations and great disconnect between humans as a whole. The new record still deals with these ideas, but is focused on our region of the map in which we currently live and how it directly correlates to the destruction of the old world. Lake Agassiz, 12,000 years ago would have been the worlds largest freshwater lake, dwarfing all the current Great Lakes put together.

Battlefields has toured quite a bit in years past. What are Battlefields' plans for hitting the road?

Rob Schmidt: Currently, we are planning small runs here and there, but no major plans exist. We spent a lot of time spreading ourselves thin hitting the road, and surviving the US market has just gotten harder and harder over the years. Gas prices are through the roof and attendance is down across the country. We all have careers and personal lives that don't allow us to just "get in the van" like we could in the past.

Battlefields in a previous live incarnation (more by Brian Reilly) 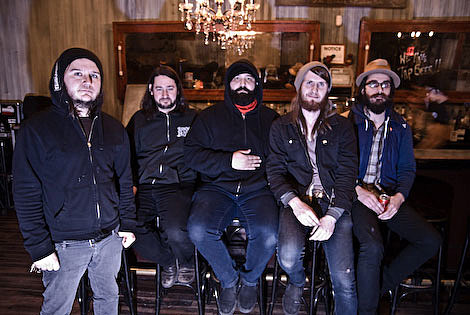 After releasing your last LP on Translation Loss, why the new record on Init Records?

Rob Schmidt: Init put out our first full-length and the subsequent EP. Mostly, Translation Loss didn't have room for a release from us in their schedule this year, and we weren't going to let this wait until 2012. The world is ending next year after all.

If we hit shuffle on your music collection, what are some favorites of yours that would surprise a metal/hardcore fan?

Rob Schmidt: I'm going to answer this honestly because metal/hardcore fans need to learn that it's ok to like fun. Phoenix, Passion Pit, MSTRKRFT, Washed Out, Savage, Far East Movement. You get the idea.

Favorite releases so far this year?