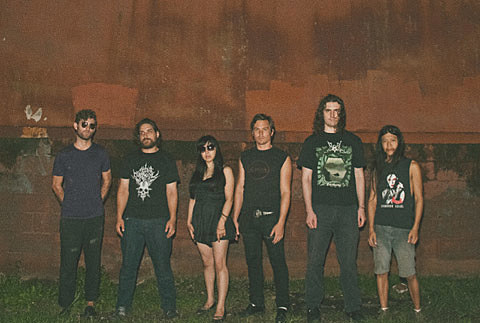 The idea of a remix album for a metal band is an odd one, but Bloody Panda is anything but conventional. So when the topic was broached about remixing their 2009 LP Summon, the NYC Doom band put out the call to a litany of great contributors including Matmos, Sanford Parker, Mick Barr, and Jarboe as well as members of Portal, The Legendary Pink Dots, Burning Witch and a host of others. The result is the self-released Summon: Invocation, a remix LP due via the band on November 15th. Between now and then Bloody Panda will release individual tracks until that release date, including the Matmos remix of "Gold" which makes its first appearance here today. Grab it above.

We asked Bloody Panda about why they would create a remix album, and cornered Matmos to inquire about their contribution. The results of both interviews are below, alongside a stream of the song...

Why a remix album? What were your goals in making this material available for remixing?

Josh Rothenberger of Bloody Panda): When we were mixing our producer/engineer kept saying, "We should get some badasses to remix these tracks... there are so many possibilities." And we were like, "yeah whatever man. Nobody does remixes in metal." Then we were like, "Wait, No one does remixes in metal! Let's fucking do this!" Basically it gave us a chance to collaborate, even if just via sending files back and forth, with the artists that inspire us the most.
The other important thing for us was working with a diverse group of artists. We've got a lot of heavy doom / avant metal artists on this album, but we also have people like Edward Kaspel from the Legendary Pink Dots, Talk Normal, and Matmos, and a new shoegazey band from Brooklyn called The Veda Rays. 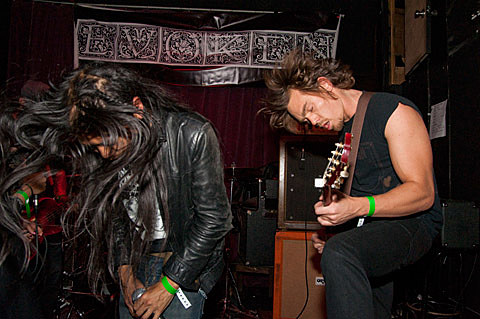 Is there anything about Summon in particular that you felt warranted a remix?

Josh Rothenberger: It's a much more complex/layered album than anything we had done prior. The mixing process was so interesting and so four dimensional that we thought there were infiinite possibilities when it came to remixing. And sure enough, once we started getting drafts back from some of the artists, it became a "Reimagining" album rather than a "Remix Album." I'd like to think that sooner or later there will be a new term for the type of remix that say Sanford Parker or Mick Barr did. They baiscally took a fundamental kernel of our original and turned it into something new and ultimately their own. In other words, if you were to hear Sanford's "Pusher" your first thougth would be, "hey that's gotta be Sanford." and then you might say, "wait is this a cover of a bloody panda song?" Which is different from a traditional remix, where you recoginze the original track first and then perhaps take notice of the way it's been remixed.

Who are some of the people you sought out to do the remixes and why?

Josh Rothenberger: A lot of the artists are good friends, bands we've toured with. We've played countless shows with Mick Barr, some of them with Krallice, others with Ocrilim/Octis. So some of the aritsts we apporach just made sense because in a way they are already part of the family (Nadja, Toby Driver, Portal, Jarboe). Others we had never spoken to but had worshipped for years. It should be no surprise that getting to work with Edgy and Stuart of Burning Witch was one of the coolest bullet points on my life-resume. They've been so influential to me, Burning Witch was really the band that changed everything for me, made me see new possiblilties in heavy music. To have them remix "Gold" was a nightmare come true. And as a fan it's just great to see those two guys back together collaborating on something, making music again.
Matmos is a band that I had been listening to for years and years, ever since they did a remix of Rachels' "Full on Night." Turns out Drew is a big metal head and was a fan of Bloody Panda. He busted his ass to get their remix done before heading off to Europe for a tour. The whole experience was mindblowing for me. I'm not exaggerating when I say, it was maybe the most fun I've ever had as a musician, seeing your heroes reinterpret your baby. 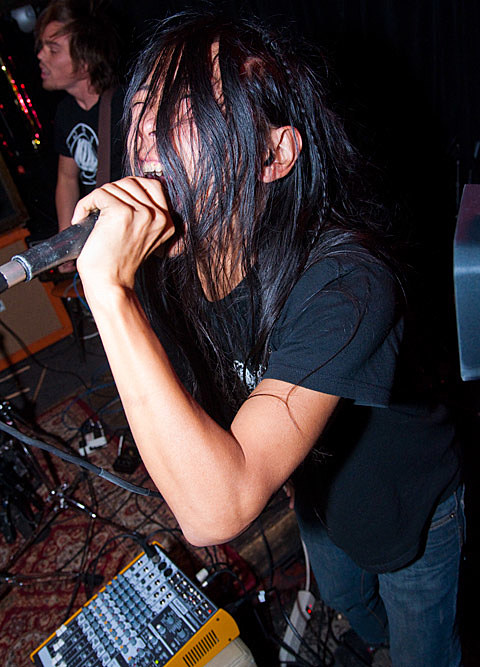 Outside of your collaborators on this project, who produces remixes that you admire?

Josh Rothenberger: I love the Melvins' remix album. Kind of a different take on the remix idea, where each remix artist used an entire album's worth of sound files to compile a new song.
It's strange in this day and age to try to do a remix ALBUM. Seems like most artists just do a remix track and then release it on the internet. I like the idea of an entire album with multiple authors that tells a story.

We also turned to one of the remixers, Drew Daniel of Matmos, for a perspective on their contribution to the LP. Here's what he said, complete with a stream of the shong...

What about "Gold" attracted you for a remix?

Drew Daniel of Matmos: I think the ferocity of [Yoshiko Ohara's] vocal on this song made me feel that it would particularly satisfying to isolate that and exaggerate that aspect of throat-shredding.

In general how do you approach a remix or a cover? Do you like to stay faithful to the source material, or veer off into your own uncharted realms?

Drew Daniel: I think Bloody Panda's music is so powerful in its original form that a remix needs to mutate in some alternate direction in order to justify its existence. I approach remixes as opportunities to imagine a parallel evolution for the same idea: the point is to generate something uncanny, so it needs the right amount of familiarity from the original and the right amount of drift. 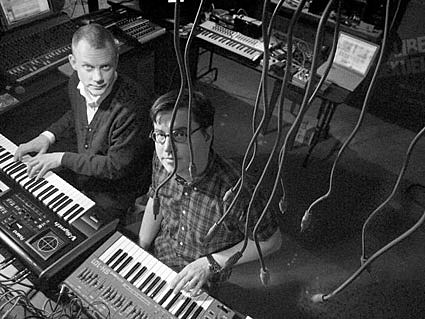 What attracts you to the music of Bloody Panda? How do they stand apart from their peers?

Drew Daniel: For better and for worse, doom and black metal are forms where the bar of minimum requirement is set very low; there are so many imitative bands who are just treading water and rehashing basic formulae, even the same Sabbath and Darkthrone riffs, over and over and over. Bloody Panda have a wider palette of influences and a wider range of emotional outcomes than their peers; they put more in and they get more out. Sometimes, when a band is drawing upon that wider range, the purity or force of what they do gets watered down in the process. But in a live setting Bloody Panda fucking kill. They are absolutely, massively heavy. It's rare to be able to be both powerful on that level and stay weird. I salute them!

What are you currently working on?

Drew Daniel: We've been working for the last four years on a Matmos album based on experiments in telepathy; some day it will be ready for the world to hear. This summer, we just finished playing in Antony's band for a play starring Antony, Willem Dafoe and Marina Abramovic, called "The LIfe and Death of Marina Abramovic". That was incredibly fun and weird. The cast included three Rottweilers and a boa constrictor.