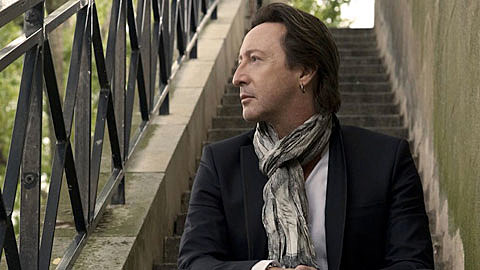 Having began his musical career at the age of eleven on his father's 1974 album Walls and Bridges, Julian Lennon has the unique and at the same time daunting privilege of bearing the name and legacy of one of music's most profound and influential voices. Complexities abound with any discussion involving Julian's relationship to his father, yet through all manner of rhetoric that might be employed in those same conversations, his own undeniable merit as an artist, photographer, and philanthropist have cemented a place outside the oftentimes dark shadow of the man he called "dad." History is fickle enough concerning those cultural icons we value, with nostalgia and retrospect often becoming irreversibly blurred once those same individuals are no longer with us. For Julian Lennon, the fact that his art and namesake are invariably intertwined is a source of comfort and one that propels him to utilize memory not only for his own sense of pride but for the millions worldwide who see that legacy as one that's synonymous with hope and the possibility of peace.

This Friday (2/7) the Morrison Hotel Gallery will open a photography exhibit commemorating the 'Golden Anniversary of the Year America Met the Beatles', curated by Julian. The exhibit, running concurrently in NYC and West Hollywood, will feature photos of the band, several of which have never before been seen by the public.

With last year's Everything Changes, Julian's first solo release in thirteen years, and then the upcoming anniversary of the Beatles' American debut, Lennon's artistic output is as impressive as ever and one that presently finds him in a place of reflection for the past and, more importantly, anticipation for what lies ahead.
---

BV: Tell me a little about the background for your exhibit at the Morrison Hotel Gallery that's celebrating the 50th Anniversary of the Beatles coming to America.

Julian: It's a little roundabout, but how this came about was the fact that we knew the 50th Anniversary of the Beatles was coming up, specifically with the Ed Sullivan show. The whole Grammys thing was coming up, and then there was the whole performance and that. It was all a bit much, and all a bit too shiny for me. [Laughs] Maybe that's not the preferred word, but it was all a bit too much for me. It was actually very difficult to even get a sense of...in all honesty, it was like trying to get blood from a stone in who was playing what, who was singing what, what went where and how. After a long chat with mum and a few other folks, I just said "You know, it's all a bit too much. I'd rather just stay out of it and wish everybody well and send my love." Prior to that, Timothy White, who is one of my dearest friends, who was the bugger that got me into photography in the first place [laughs], and who is the man who curated my first exhibition as well in New York at the Morrison Hotel Gallery - he's now part of the Morrison Hotel Gallery group, so I've done...I can't even remember, to be honest with you, how many exhibitions I've done with them now. It must've been anywhere between three and five last year alone. One way or another, whether it was the one in Miami, the gallery in LA, or New York. I'm involved a lot with them, and they've looked after me, and I've looked after them. Anyway, Timothy came to me and just said "Listen, it seems you're more aligned with photography these days. I mean, you still do music, yes, and all the other stuff, but your passion is really photography. What about taking a look and curating some beautiful old pictures of your dad and the Beatles - some of which have never been seen before? How about that? Would you consider that?" And I thought that was certainly a different approach than most people would say or think that I'd do under the circumstance, really. The likelihood is that they're expecting me to be at the Grammys and do everything else. I loved this idea, and the moment I was able to see even a few of the images that I'd never seen before, I just fell in love with the idea of doing it. One thing led to another, and I was bombarded with hundreds of Beatles pictures that I'd never seen before. It was very, very difficult, I've gotta say, trying to decide which ones would be the most appropriate for this occasion. For me, I looked at it as a son. I looked at it as an artist and as a photographer, too. I just wanted to find images that I could clearly read their emotions on their faces - that you knew you felt exactly what they were going through at any particular point in time with these photographs. I think I've managed to do that. Initially they were going for twenty five shots, and I said "You can't do twenty five on their fiftieth anniversary. You've gotta do fifty." [Laughs] We eventually locked it down, and I think there's a great selection of stuff, and some people may have seen a couple before or seen similar shots, but to me they're all pretty unique and pretty individual and really quite special. It's definitely a time and a place and definitely an emotion that you can relate to. 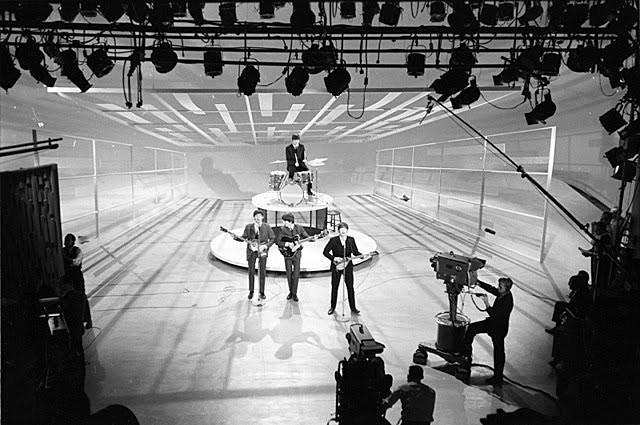 You mentioned seeing the Grammys and the upcoming "reunion" show as a bit too much. Your response to the anniversary of the Beatles coming to America seems to be more reflective as a kind of response to the nostalgic sense of a band reunion. What's your perspective on the reunion?

Julian: All in all, there's a lot that can be said. I've always said there never can be a reunion because, you know, two of the members are missing. It's an impossibility for there to be a reunion as such. I thought it was a bit weird that Ringo ended up playing a McCartney song more than anything else. I don't know. To me, the last thing I wanted to do was stand in the audience with everybody else, clapping my hands, and being filmed in front of millions while watching a Beatles karaoke session. Okay, some of the biggest acts in the world were there, but I felt...I don't know. Give me the originals any day. I'll listen or watch the originals any day, and that's my cup of tea. That's why I decided that I much more preferred to be in a state of reflection and appreciation and doing something much more subtle and much more heartfelt, in my mind, than the glitz and the glam of those kind of shows.

With the album Everything Changes last year and obviously your award-winning music career as a whole and now the upcoming exhibit and your reputation as a photographer, I'm curious to know, Julian, how much of your father you see in yourself. As you're looking at the photos for this exhibit, you're not seeing John Lennon or the Beatles, you're seeing your father and the people who, I imagine, were also very parental to you in one way or another. As you looked at these pictures, what went through mind as both a son and as an artist?

Obviously I noticed, without question, that I can see the emotions within dad's face in a lot of these, and have felt very much the same as him in many of these circumstances. My circumstances didn't go quite as crazy as that [laughs], but I had all those anxieties and those nerves and those feelings that he went through in the early days. I think we all do when we're artists and we're creative people who push ourselves out in front of everybody to be judged. It's a tough one. You just wanna do the best you can and enjoy it and hope you get through it. [Laughs] And hope that other people are gonna enjoy it, too. I think what made it possibly easier for them is that, number one, they had a great manager behind them. No question about that. Number two, one of the world's best producers ever with George Martin. The fifth Beatle in my mind. Well, there's almost a sixth, really, if you're talking about Brian. But, fortunately, they were all mates, and they'd grown up together to a certain degree, and they each had shoulders to lean on, in many respects. Which, that's the one thing that stands out differently for me. Not that I'm trying to make a comparison here, but I went out there alone and that was a bit scary, but I'm still here, and I still survived. It's just...I'm happy to be able to sit here now as a grown man, as an artist on many fronts, as a photographer, and to be able to look at these and enjoy these and see that although there was a lot of anxiety and nerves, there was an incredible amount of excitement and fun. It was just an original and unique experience that only they could have gone through.

Your philanthropic work is something that seems to be just as important for you as any of your artistic endeavors.

I'm literally, on the first of next week, off to Kenya and Ethiopia to track through all the sites and villages that we've helped get clean water pumped for many, many thousands. This is my first experience getting on the ground and doing the groundwork. To see what Whitefeather Foundation has achieved already with those who are on the ground and with other charities like Charity Water - who we did a campaign with last year - and the idea for me is I think this will be a life changing for me. No question about that. And I think it's one that's needed in this fiftieth year of my life. I think it's very, very important. For me, the idea is to not only take the camera with me for editorial purposes, because I would like to let people know what's been going on, but also these people are incredibly beautiful, and they're a very proud people, and their countryside is incredibly beautiful, too. The idea, too, is to take some artistic stills there, and make it into a book or boxset to put in an auction for the Whitefeather Foundation. Little anxiety going on. [Laughs] It's going to be quite an experience, and I'm looking forward to it. Especially with the state of the world at the moment.

You saying the "state of the world" brings to my mind this past December and the thirty three years that have passed since your father's death. Has the world learned anything since that day?

I think greed has really harmed this world so terribly. So badly. I think the only thing good that has come out of the years since has been the internet, and the fact that people have a bit more of a voice and are a lot more connected. In being able to organize better groups and better petitions and better objectives and better opportunities for those people who do want to make a change and do want to push forward with the positive. I think it's given those people a lot more of a possibility to do that and communicate and push that forward. The world does seem like such a lost place these days in many, many respects. So much war. So much violence. Charity has to start at home and if everybody helps in even the smallest way, that can make the biggest of differences. It's baby steps to try and do something better for anybody and everybody you can do. That's what I'm headed towards.