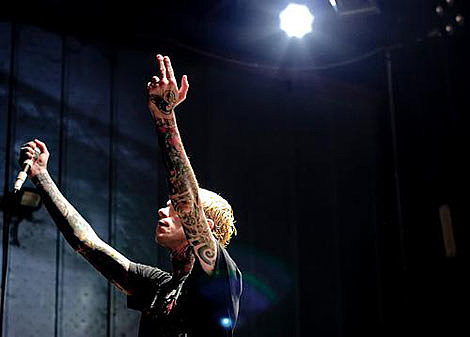 Scion Rock Fest in Atlanta is just a few days away (Feb 28th) and until the opening tones of Kylesa's guitars, we'll present a series of discussions with some of the key artists taking one of the four stages at the Masquerade. Monday we spoke to Scott Hull of Pig Destroyer and Agoraphobic Nosebleed and yesterday it was CT of Rwake. Today, we speak to none other than Jacob Bannon of Converge.

Jacob Bannon has a tattoo of a heart that covers his throat. Heart in your throat... I'd say that it's appropriate. As vocalist and lyricist for Converge, Bannon is one of a handful of the hardcore elite that crafts poignant, thought provoking lyrics that can comfortably sit side by side with the challenging hardcore mindbenders that the rest of his band spews forth. Converge has delivered blistering hardcore for more than seventeen years, and along the way Bannon has been involved in multiple side projects (Irons, Supermachiner, etc) and solo efforts, all while also steering the hardcore superlabel Deathwish Records.

Converge is set to close out Scion Rock Fest at The Masquerade in Atlanta, just a few short weeks before the band goes on a short tour that will include Europa on March 27th (tix here, full tour sched below). We sat down to talk to Bannon about the new Converge LP, Deathwish, his collaboration with Dwid of Integrity, and his forthcoming solo record.

You and the guys are working on the new Converge... Does it have a title? Any song titles yet? A theme?

The record does have a title as well as song titles, however we are not ready to release them just yet.

Is it harder to get the guys together nowadays with Acid Tiger, Kurt's many production projects, and Doomriders garnering more and more attention?

We get together as often as we always have. It is true that we are all busy people, but it's always been that way.

Aside from our Converge album, it's going to be a productive year for all of us:
Nate: Doomriders album (recording now)
Ben: Acid Tiger album, United Nations 7" EP, and more
Kurt: Engineering many projects, secret bands/projects with great members
Myself: Wear Your Wounds album (finally), Irons projects, etc.

When can we expect the new Converge LP to surface? Touring to follow?

We plan on recording the new Converge album in May of this year. No release date has been planned as of yet. And yes, touring always follows our releases. Expect us to be touring after the album is released.

The Supermachiner material... is that the last we'll hear?

It is the last you will hear of the Supermachiner project. Rust is a collection of all recorded material including demo songs and sound experiments that were abandoned many years ago. The idea of the release was to give those recordings a "final" collected release for ourselves as well as people who appreciated the project. 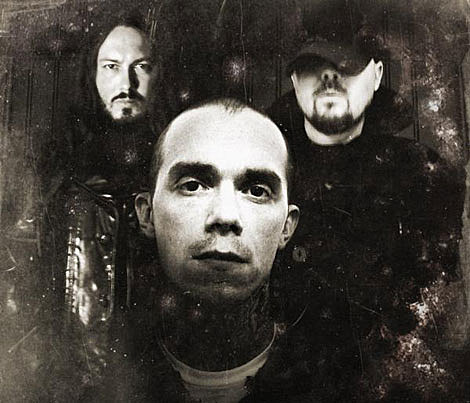 How did the Irons collaboration come about?

I've been friends with Dwid [Hellion] for a number of years. A few years ago, he mentioned that he wanted to make some experimental music with myself and [Stephen] Kasner. Last year we finally had the time to get the project off the ground. There are a number of songs that are in the progress of being recorded by each of us.

The Irons split with Pulling Teeth.... when is that coming? Also, does that represent all of your Irons material?

It will be released later this year on Deathwish as a split 12"LP. The Irons portion of the release are some songs that we feel are finished at the moment, so no, it's not all of our material by any means. I also did a remix of Pulling Teeth's "Dismissed In Time" for the release.

Whats the status on your solo record, Wear Your Wounds? I know you dropped that Blood Of Thine Enemies 7" last year, but do you have a date for the LP? Whats the material like in comparison to your other projects?

The album is tracked and I've been working on mixes/editing of the album for what seems to be forever. The album is essentially a victim of myself being overworked in other aspects of my life. When I feel inspired to work on it and I can make the time, I do it. More often than not though, I've put the release on the back burner to put in time and effort on other projects, mainly Deathwish specifically.

The material is more refined than other musical projects I've done. It has a good amount of variation and dynamic in it. Hard for me to describe any more than that.

Any new signings to Deathwish?

There are a number of releases coming this year that I'm looking forward to:

There are many more things in the works, but these are the ones I can write about at the moment. 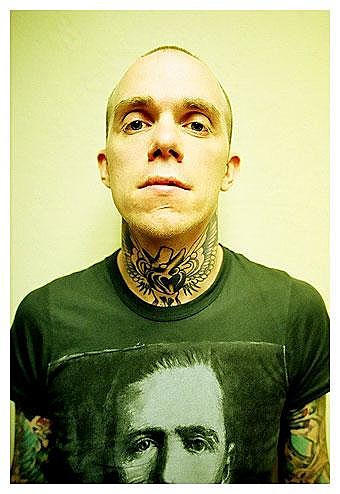 Thanks alot to Jacob Bannon, Nicole, Epitaph, and Deathwish Inc.