"This three-piece—Sonya Balchandani (bass/keys), Danny Barria (guitar/keys), and Gabe Rhodes (drums)—often sounds like five or more onstage, where over the last few years they've slowly gotten some word of mouth going via a show melding the most infectious elements of heavy, long-winded psych with an onstage chemistry that's almost too perfect." [Village Voice]

While I (Billy) waited outside of Jay’s apartment door, just a few blocks from Mercury Lounge, I could barely make out adolescent banter concerning up, down, left, right, left…Contra? I wasn’t quite sure until I was buzzed in to witness Danny and Mr. Good Times himself rapidly burning through their 100 extra lives. Blaring, the new Ratatat record made for a more than appropriate score to this Nintendo Classic. The Big Sleep would later play a blistering set amongst a crowd of head bobbing hipsters crammed into the clammy Cake Shop. But before they melted faces I pried Danny, Sonya and Gabe away from the console to discuss their beginning, Spanish proverbs and some good ole French Kissin'.

Billy How exactly did The Big Sleep all meet?

Danny Sonya and I met in Philadelphia where we both went to school (U Penn) and Gabe, well we met Gabe on Craigslist...

Gabe “Drummer will play in band for Sex”

Danny We basically posted drummers that we liked with a sort of pre requisite of being in a band before, ready to be in a serious band...

Billy So you posted influences like...Philly Joe Jones and Phil Collins or? 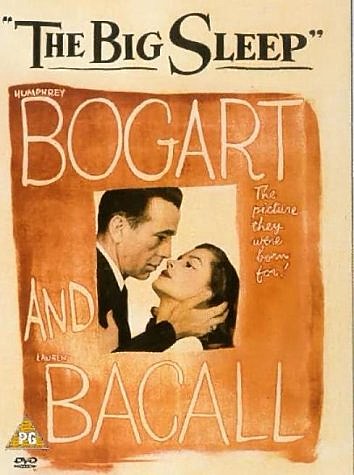 Billy Did you say you were looking for your John Ridgely (the properly menacing gambler Eddie Mars in the 1946 version of The Big Sleep)?

Danny No, we didn’t say anything like that...it was pretty simple. Gabe wrote back and it was quick, I think we posted on a Monday and he said he could be there to try it out on Wednesday and we were like, fuck it let’s try it out...So we did it and I remember thinking, “Whoa, if this guy, the first guy, is this good then the next guy must be amazing!” So we played it cool with Gabe, thought we would try a few more people out. Gabe was like “Who do they...

Gabe (without a pause finishing Danny’s sentence)...think they are, thinking they can find a better drummer than me?

Danny So we tried out 2 other drummers and realized Gabe was the drummer for The Big Sleep...

Billy Had you already started recording the record?

Sonya Yeah, Aaron (the previous drummer) actually played on the entire record. All the basic tracks were being recorded right at the time we were switching drummers... 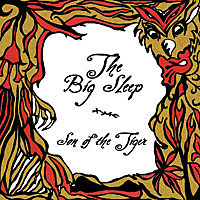 Billy So your upcoming debut full length release on Frenchkiss is called Son of the Tiger, it’s something that has stuck with me for a long time ago when I first heard you mention it, where exactly does the title come from?

Danny It comes from a saying my father used to say. He would actually say it in Spanish but it translates literally to, “The son of the tiger must come out striped.” As in the apple doesn’t fall far from the tree or like father like son....basically if I was telling him something good about my life he would say, “The son of the tiger....”

Billy So you have been crafting the record for quite some time?

Danny Yeah, we started tracking in 2003.

Billy Many assume you are instrumental band but you have started singing in your songs after a long search for a vocalist. What was that process like?

Danny It was a ridiculous search, we just weren’t finding the right people so we decided, screw it, we know what we want to hear and we know what we like. I’m not exactly sure how it sounds coming out but we are definitely much more comfortable doing it ourselves.

Billy Sonya sings on “Murder,” which I recently read the review for on Pitchfork. It describes the song’s patient journey to it’s suddenly epic ending as a “plane taking off in a downpour, getting rocked every which way, then breaking through the cumulonimbi.” (Danny helped me sound out Cumulonimbi) What kind of effect does one of their track reviews have on a band?

Danny I don’t know, I guess a lot of downloads, more hits on stuff like Myspace, people adding us as friends...

Billy So you could say Pitchfork makes you more friends?

Danny Let’s just say Pitchfork is friendly...but just as important as that is support from local sites like Loose Record.

Billy How did you come across Frenchkiss?

Danny Well, we sent some rough tracks to everyone we were interested in at first but got a little help from our friend Daniel, who actually books us. Daniel kind of asked who we wanted to send it out to. Frenchkiss was at the top of our list and it happened that he was good friends with them. So he passed it along to them, they heard it and came out to a couple of shows.

Billy Recently you have been playing some larger venues, how has your enormous sound translated in larger venues like Webster and Irving?

Danny We can only answer this from the point of view of the band, which is on the stage. The sound on the stages is great, and everyone working at the venue is really helpful. It just becomes a situation where everyone is trying to make the show come across as well as possible. It might be obvious to anyone who’s heard us that we’re aiming for a big sound, and we’re super lucky to have been able to play those places and see what it’s like to fill a room that size with sound.

Billy When is your next show?

Danny about an hour and a half from now...

Sonya Har, well our next scheduled show is our release party at Mercury Lounge on September 21st.

Billy So The Big Sleep has just popped my interview cherry, how was it for you?

Danny Well, you know...it's been kind of rough...a little painful at first for everybody but I guess you could say everyone is now relieved...

The Big Sleep's record release party is TONIGHT (September 21, 2006) at Mercury Lounge in NYC. Billy's band the Other Passengers are opening. The Comas are too. More Big Sleep dates here.

Stream the album on AOL Music.